Top
Looking for FREE Resources?
Click Here!
I love writing book reviews and sometimes I even plan a theme before the month starts. (see my Books About Wives post!)
On the other hand, some months I read a variety of books and then look for a theme. Isn’t it funny how the books will fall into a common thread? What was it this month?
This one is all about real-life.
The selection this month is a superb one! You should definitely read all of them! 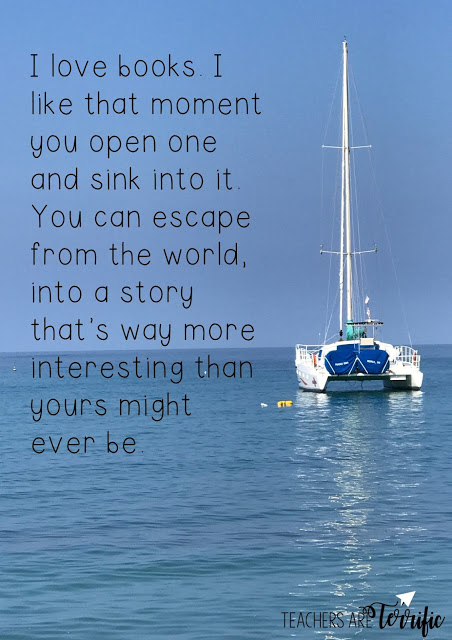 In this post, for your convenience, you may find Amazon Affiliate links to resources. This means that with your purchase of items Amazon will pass on small percentages to me. This will not create extra costs for you at all! It will help me keep this blog running!

The Sun Does Shine by Anthony Ray Hopkins

Ray Hopkins, at age 29, is mowing his mom’s lawn when police officers arrive to arrest him for robbery and murder. He is taken to jail and at trial faces “experts” that use ballistics tests on the bullets fired at the scene and claim they match a gun belonging to Ray’s mother. His attorney’s ballistics expert is questioned and found to be lacking in his knowledge of the ballistics equipment. His attorney will only continue if Ray pays him for his services despite being a court-appointed attorney.

Ray is found guilty and sentenced to die in the electric chair in Alabama.

And yet, Ray Hinton maintained his dignity, and if it is possible he made the lives of inmates on his cell row a little better.

“I wonder what it is about the cries of another human being, whether it’s a baby, a mother in grief, or a man in pain, that can touch us in ways we don’t expect.”

The cries of another man led Ray to reach out to comfort the man and led to relationships with others on death row. This included asking the warden for many things to bring some light into their cells. After many years with only a Bible to read in their cells, Ray asked the warden to allow the inmates to have a book club. His childhood friend sent them books and they would pass these around and read them. Once a month, the guards would escort 6 men to the library where they would sit at separate tables and discuss the books.

And that childhood friend is Lester. For 30 years, Lester visited Ray every single visitor’s day. And he was there on the day that Ray walked free.

This is a must-read book. Ray Hinton was innocent of the crime. He had incontrovertible proof of his whereabouts at the time of the murder. This innocent man spent 30 years on death row. 5 Stars!

Next Year in Havana by Chanel Cleeton

It is 1958 in Havana where Elisa Perez and her sisters are living in Cuba’s high society. Their father is a wealthy sugar baron and the four girls spend their days shopping, dressing in style, and going to parties. At the age of 19, Elisa has no idea of the political turmoil taking place in her country, nor the lurking dangers presented by the government and those that wish to overthrow it.

And then she meets a revolutionary, a man she becomes enamored with very quickly, despite their many differences. The Perez family, even though they have some influence with the government, must still make a decision about fleeing the country as the times get too dangerous. Elisa is separated from the man she loved.

The story moves away from Elisa to Marisol, Elisa’s granddaughter. She has always lived in Miami and spent her childhood listening to Elisa’s stories about Cuba and its beauty.

As a journalist, Marisol now able to go to Cuba (since Castro’s death) and she travels there to write an article but also to carry out her grandmother’s last wishes. Marisol arrives in Havana and finds the home of her grandmother and her grandmother’s best friend. Here is where her journey takes a new path. She finds all sorts of family secrets to delve into and does this with the help of a young man that she meets.

This story is beautifully written as it weaves together the stories of Elisa and Marisol. You will be enthralled with the descriptions of Cuba and you will learn so much about the history that brought such turmoil to this island country.

This one gets 5 stars from me! There is romance, danger, and a little bit of fun!

Castle of Water by Dane Huckelbridge

A small plane carrying three passengers to the Marquesa Islands crash lands in the Pacific Ocean, killing the pilot and one of the passengers. Barry and Sophie survive and miraculously both make it to a very small island.

Using the emergency bag Sophie found in the plane they manage to survive. For a very long time.

So, what’s the story? It is all about forging a relationship with a complete stranger and learning how to rely on one another to get through the harrowing experience which includes, of course, staying alive. The island, although tiny, has vegetation, including bananas and coconuts. Barry learns to catch fish and Sophie learns to dive for crustaceans. They fashion a shelter using a tarp from the emergency bag and palm fronds. The island does not have fresh water, but rainwater is collected and the emergency kit also had a crude water filter system.

Barry and Sophie encounter quite a few obstacles (of course) but manage to work together to stay alive. They know rather quickly that no one is looking for them because a hand-cranked radio was amongst the emergency supplies. They hear that the search is called off and also know that this uncharted island may never be found.

So, how does this end? It’s a quick read so try this one and see what you think. I enjoyed the book! I couldn’t wait to see what was going to happen to them next and I hoped and hoped they would be rescued. 4.5 stars!

The Sound of Gravel by Ruth Wariner

Ruth is the 39th of her father’s 42 children. The polygamous family lives on a compound in Mexico. Ruth will eventually attend school and discover classmates that are her half-siblings. She will also move frequently as her mother copes with the death of her father and her second husband’s antics.

The second husband, also married to several women, is abusive and does not provide for Ruth’s family. Her mom and siblings live in homes without electricity or running water. As young as second grade, Ruth must help care for her younger brothers and sisters, three of whom have special needs. At the same time, her stepfather sporadically visits the home. When he does visit he abuses Ruth and her mom.

Mom manages to keep the children fed by using welfare checks as they cross back and forth between living in the compound and cities in Texas. She also regularly uses garage sales to furnish their homes and get clothing for the kids. Sadly, they live in extreme poverty while also dealing with the stepfather’s absences and abuse. Add to that his unfinished projects, which includes stringing electricity lines between households.

It’s an extraordinary story of growing up and the author does a splendid job of making you feel you are right in the middle of her story. The ending of the book was the heart of it all. It’s a story of family relationships and Ruth’s efforts to keep her sisters and brothers cared for and well. Read this one!

How on earth have I never read this book? I do not know what I expected, but this turned out to be extraordinary.

This dystopian tale is about a world that has destroyed books. The firemen burn them whenever someone is discovered with a book. Guy Montag is one of the firemen.

His wife, Mildred, is a housewife that spends her entire day sitting in front of multiple screens, interacting with the shows. She is completely disconnected from what is real and what is make-believe on the screens.

One evening the firemen go to burn a house full of books. The woman in the house refuses to leave and she dies with her books.  Montag is deeply affected by this:

I loved this book and know it’s one I will need to read again. The author is masterful in his use of language and descriptions. Put this book on your next-read list.

Enjoy this month’s selections! What is the best book you have read lately?