Top
Looking for FREE Resources?
Click Here!
I know, I know, how do you overlook one of the steps in engineering?
Let’s just say it can easily be underestimated. Which makes it easy to not even recognize- until you really watch what kids are doing.
Then it becomes fascinating. Stick with me as I share some examples of improvements and at the end, I will make some great points about this very important step of the EDP!

Back to the Beginning

So, I had this really great idea about having kids build ramps. And, I also had a set of Hot Wheels cars and tracks. The first class trooped in and I gave out track sections and little cars…
Have you ever done this? Oh, to be sure, they had fun! But me, not so much.
Kids and tracks and little cars- with no procedures – does not work. They were building loops and long tracks joined with other teams and sending little cars zipping all over the place.
By the next day, I had a plan. 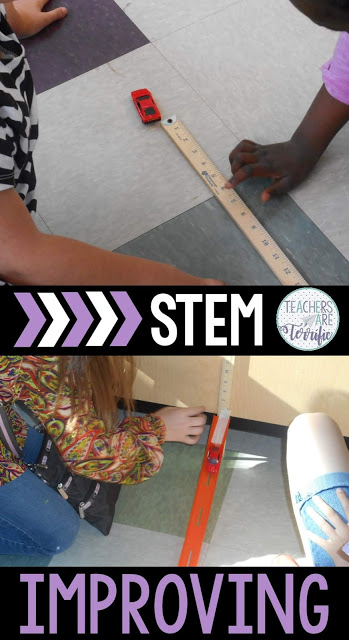 My goal was to have groups test different angles of ramps and different cars to see which angle and how much weight with the car would produce the longest and best ride.
You can see the experiments in the above photos. We used meter sticks to measure the top of the ramp to accurately change the angle. The kids measured the distance the cars rolled. We added pennies to the roof of the cars to make them heavier. It was fabulous.
It followed a PROCEDURE. Which just happened to be the Scientific Method.
After gathering all this data we were ready to design our own ramps. Clearly, my plan for the next part of the challenge was to continue with another procedure- the Engineering Design Process!

Steps of the EDP

Now, I had, by this time, completed quite a few STEM challenges with my students. In almost all of those, we did not isolate the Improving step of the process. Improving happened whenever it was needed. Isn’t that real life?
But, for some reason, I decided to make this challenge different. Students would build the ramp models exactly according to their plans and only after building and testing would they be able to improve.
What do you think happened? 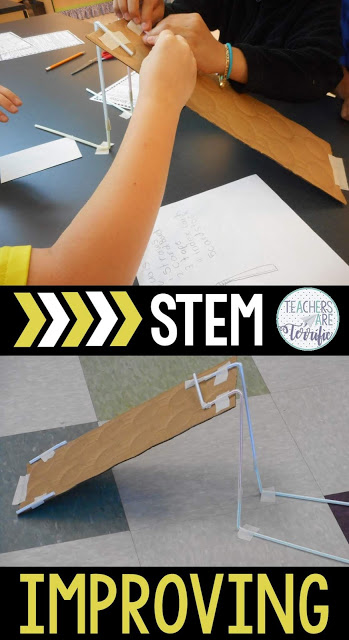 In the two photos above, you can see a ramp that a team built. They really wanted to build the high end of the ramp out of straws so they tried it. Do you see the tiny little improvement they made in the second photo?
They added two little pieces of straws at the bottom of the ramp. This happened after they tested the ramp with cars and found that the cars were falling off the ramp before reaching the floor. They added those little bumpers to keep the car on the ramp.
Great Improvement, right? Except they did this BEFORE THE IMPROVEMENT STEP.

I had to take a step back and decide….so, what? Why does it matter if they make those tiny improvements as they see a need? Again, isn’t that what we do when we make something or repair something?

I decided to watch the kids and see what they could do without my INTERFERENCE.

Cause, let’s face it. Whose project is this? Mine or theirs?

This challenge taught me so much about the EDP. More about this later, but first, take a look at some more improvements kids made for their ramps,

The Floor Causes a Problem…

One of the biggest problems students had with the ramp building was the floor. Well, there is not much I can do about that. The car has to roll onto something at the bottom of the ramp.
They set about making that transition from the ramp to the floor by adding something. 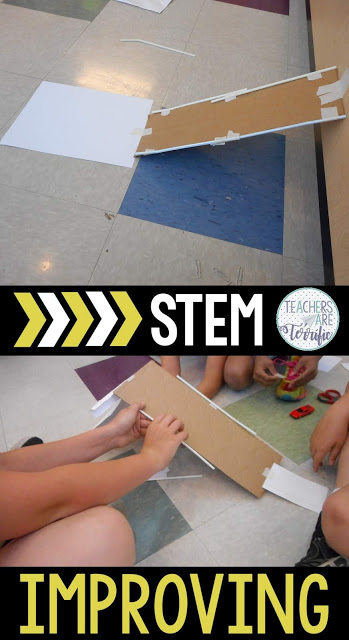 It was as simple as a piece of paper. It changed the way the car rolled off the ramp and helped keep it under control.
Also, notice those side rails on the ramps above! Those added touches kept the cars from running off the side.

We have another fantastic challenge that involves building a “gliding bridge”. This is a bridge system that uses a rope and pulley method to take a passenger car across an opening (like a river) and it is self-propelled. The passengers pull the rope, as they are sitting in the passenger car, and transport themselves across. Our passengers were ping pong balls.
In the photos below, you can see a couple of the passenger cars that were built. 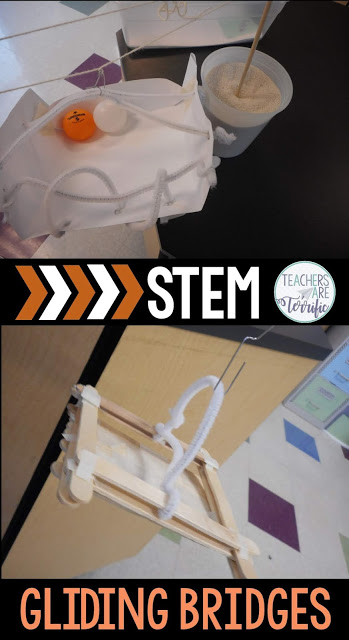 So, what was the biggest problem to solve with this challenge? The bridge supports. Kids tested different kinds of soil and then chose a composition they thought would work to keep the supporting ends upright and allow the passenger car to go across our opening.

In the photo below you see a team that chose a container of sand and gravel and a cup of modeling dough. The weight of the passenger car and the rope system made their container tip over. 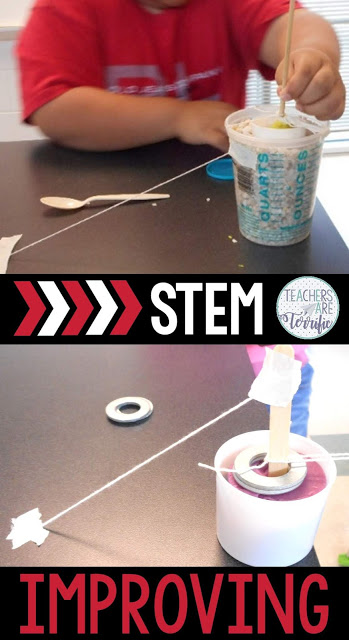 They solved this problem with a piece of string used as a tie-down. The other team in the photo did the same thing!

The second biggest problem with the gliding bridge challenge was about the rope pulley system. Some of the teams had a hard time keeping the rope from slipping down the supports. 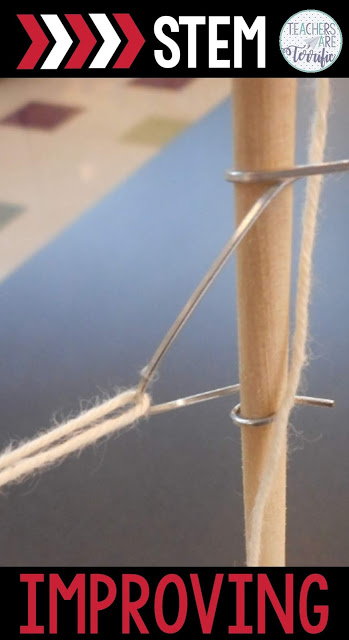 Above, a team fashioned a hook from a paper clip. This allowed the string to attach and still glide smoothly as it was pulled. 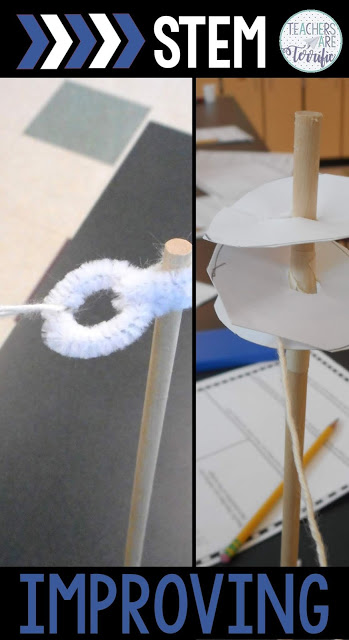 Another team (on the left) made a holder from a pipe cleaner and another group (on the right) made a paper pulley that had string threaded through the center.
What fabulous on-the-spot improvements!

What is my point?

Here’s is what I know for sure about the Improving step of the EDP: