I read. A. Lot. Like everyday. And I purely love a book that keeps me reading for a long time.

When I have to work at reading a book I give up on it quickly. I have one of those on my shelf right now. Should I try harder? I will let you know soon what the book is and you can help me get off the struggle bus!

In the meantime, I have some treats for you this month- books that kept me reading and reading. 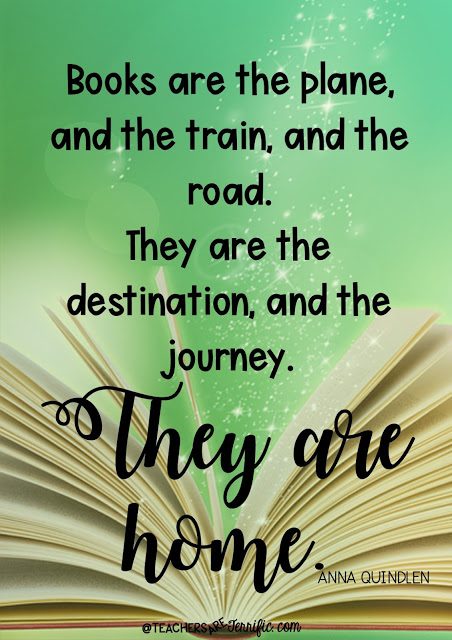 Take Me With You by Catherine Ryan Hyde

I picked this book after reading several intense ones (check my reviews from September) and I thought this would be a light read and something that ends happily. If you are familiar with this author then you know her books tend to be page-turners, a little suspenseful, a little predictable, and always good.

This book begins as August makes a stop to get his RV repaired. He is on his way to a national park where he will leave the ashes of his 19-year-old son. The mechanic working on his vehicle has two sons, Seth who is 12 and Henry who is 7.

A few days later August is ready to leave and the dad asks him to take his sons with him. It seems that Wes, (the dad) is going to jail for three months and has no one to take care of the boys. They will be placed in foster care.

August agrees to take the boys and they embark on a grand adventure for the summer. Along the way, August learns that Wes is an alcoholic and has lied about his length of time in jail-among other things. August, of course, becomes attached to the boys and they love him equally.

That is about all I will tell you without spoiling the book. The span of time covered in the story is about ten years and the ending will probably not surprise you. In the last few pages, August is talking to Henry who reveals something that makes the whole book understandable,

Before we met you, we were always scared that our dad was just about to let us down. But after that summer, we knew if he dropped us you’d be there to catch us. You have no idea how much of a difference it made.

This is a very sweet book. If you are looking for something light and easy, you should try it!

Born a Crime by Trevor Noah

Very early in this book the author makes this comment,

Trevor, now the host of television’s Daily Show, was born of a black mother and a white father in South Africa during apartheid. It was indeed a crime for blacks and whites to have children, yet there he was. This is his story of growing up in the midst of poverty, extremes of treatment from other people, and trying to fit in somewhere.

Since it was a crime for him to exist, Trevor spent much of his childhood hidden away or when he was with his mother, they pretended he was not hers. In the meantime, he was learning about life from this amazing woman who loved him so very much.

The details about Trevor’s attempts to make money by selling pirated tapes of videos and music recordings are just a small part of the story. There are chapters about visiting his white father and living with his abusive stepfather. He eventually has two younger brothers and they endure the abuse and beatings from Abel, the stepfather. Trevor learns to avoid Abel who rarely disciplines the younger boys. Trevor’s mother is not so lucky.

Near the end of the book, you will realize this memoir is Trevor’s way of honoring his courageous mother and you will love every minute of it! Five stars absolutely.

If you want a real treat try this book on Audible and listen to it! Trevor is the reader on the audio version and this makes it priceless. He is a very dramatic reader!

If you have not tried Audible, you should! For a monthly fee you can choose a book and listen to it on your phone! I connect my phone via blue-tooth in my car and listen to books on my work commute or while traveling. The link below will get you started for FREE!

Y is for Yesterday by Sue Grafton

Oh, how I Love Kinsey Millhone. A very long time ago I started this alphabet series by Ms. Grafton and I have loved most of her books featuring the private investigator, Kinsey. Only one more book and this series will be finished. What a massive undertaking for the author. UPDATE: What heartbreaking news to hear that Ms. Grafton passed away before finishing this series. When I read the news I cried for her and for all her readers. “The alphabet ends at Y”.

In this book, Kinsey is contacted by parents of a young man named Fritz. He is being released from prison and they have received a blackmail letter that threatens to release a videotape of Fritz and some friends engaging in a violent act with a young girl named Iris. Kinsey sets out to interview all the friends of Fritz and try to determine who the blackmailer is and also who might have killed one of their group when they were in high school.

Of course, the back story of Kinsey’s life plays a role in the book. Henry is still her landlord and a good friend. She still goes to Rosie’s to eat and various police officers are her buddies. There are still a lot of weird things going on in her life- a side story of her cousin Anna and a serial killer that is stalking her.

One of the things you will notice quickly as you read is that Kinsey lives in 1989 and modern technology (cell phones) are not ever part of how she solves her investigations. She relies on interviews and her notes taken on index cards!

All in all, I enjoyed this book. I think you will love this series, but be warned. There are 24 books before this one. Start with A is for Alibi and work your way through. Totally fun books with a fabulous investigator!

This is not a typical lawyer book by Mr. Grisham, but it is written in his short sentence, clipped style. He doesn’t seem to ever use a lot of figurative language!

The book opens with the theft of five original manuscripts written by F. Scott Fitzgerald. These were owned and kept by Princeton University, but somehow a team of five thieves manages to create a diversion and steal the books. Two of the thieves are caught right away, but the books and the other men have disappeared.

As is also typical of Grisham the next section of the book introduces a whole new set of characters that will later be tied back to the story. This is when you meet Bruce Cable, a small bookstore owner on Camino Island, Florida. He is quite successful with the bookstore and his collection of first edition books and manuscripts.

Next, you meet Mercer Mann, a young author that is down on her luck and out of a job. She is approached by Elaine Shelby who works for a company that is trying to recover the manuscripts. Elaine has a profitable proposal for Mercer.

And, the rest is for you to read! As I said, this is not a typical book for Grisham. It is a quick read, though, and I zipped through it about 2 days. I would give it 5 stars because it did keep me guessing and the ending was not what I expected.

Do Not Become Alarmed by Maile Meloy

What a wild ride this one was! Oh. My.

Two cousins, Nora and Liv, are on a cruise with their respective husbands and two children. Liv has Penny and Sebastion, and Nora has Marcus and June. The kids are ages 6-11 and Sebastian is a diabetic. The families also meet a couple on board the cruise ship with two older children, Isabel and Hector.

At one of the cruise stops the families go ashore on excursions- the men to play golf and the women and children go zip-lining. On the way to zip-line, they have a minor car crash and decide to go to a local beach instead.

At the beach, the ladies fall asleep (one of them is actually traipsing through a wooded area with their guide) and the children float off on inner tubes. The kids disappear! This begins a frantic investigation into where the children have gone. Does someone have them? What will happen when Sebastian needs insulin? Can 6 young Americans manage to get to safety in a central American country that speaks a different language? I think I will leave you hanging right there!

I read the reviews after I finished this book and was surprised! I would give it 5 stars because I read it in only a day and a half. It definitely kept me intrigued. Yes, some of the escapades seem a little over-the-top and the adults did get on my nerves. Overall, I enjoyed this one!

Now, here is one I am struggling with. It’s called The Nest. I tried to start it this month. But, right on the first page, I was more distracted by the writing style than what the words were saying. The first sentence of the book is one entire paragraph long and that captured my attention. I re-read that page about three times and still didn’t know what it said. Then I read about 5 pages and put it down. Should I try again? If you have read this one, tell me the truth! Should I muddle through it to get into the story more?

UPDATE: I have, indeed, tried this book again. And it turned out that I loved it! Grab this one, too!