Top
Looking for Summer Resources?
Click Here!
Once upon a time, I had two teenagers. And like all moms and dads of teenagers or young children, we would jump in the mini-van and zip off to vacation destinations. Now, I have a confession. We are not beach people, but we would still end up at a Florida beach. Which means bungee jumping and go-cart rides. Yeah, I know, but we are not beach, sand, sun, ocean people. So we went to drive go-carts. I have a photo of my daughter driving one at the age of four!
Anyway, one year the two teenagers decided they were big enough to bungee jump. I have that video somewhere, too. They both clung to a giant red tube and stepped off the ledge to bounce up and down while screaming. Sounds like fun, right!
Actually, it sounds like a STEM Challenge!
This post is jam-packed with deliciousness All About Bungee Jumping! 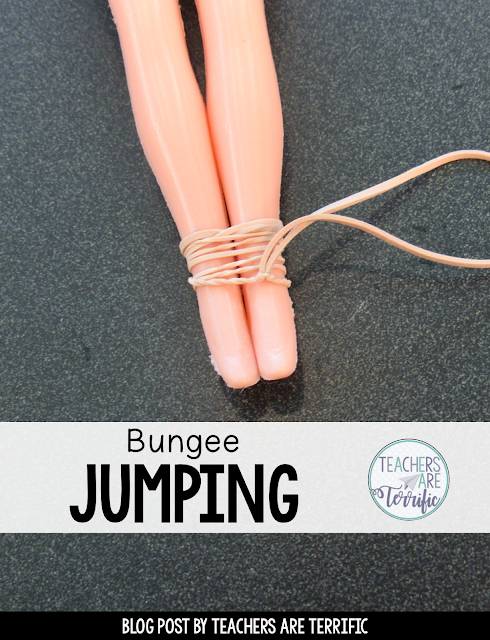 Let me just tell you that when this began to come together I was so excited!

I knew my fifth graders would LOVE this! And they did!
First, you have to watch this. I just learned how to make movies and I am having a blast producing things! You should see my cat movies…..
Okay, that was pretty cool, I know!
Here’s the background of this challenge!

This idea came from a student!

She mentioned bungee jumping one day as we were talking about our fourth graders’ recent visit to the Space and Rocket Center. It seems they have a bungee jumping contraption there that many of our students tried. (Not a real tower jump, more like a trampoline.) Anyway, I started thinking about jumping or dropping something. My first thought was to use eggs….. then I thought about a Barbie doll!


First off, I needed Barbies!

Off to the Dollar Tree. I came home with a bag full of Barbies, added weights to them to make them a little heavier and then attached our “bungee cords”. Okay, rubber bands.
Now, what to do with them? My students love to experiment so I added some testing to this.
The kids tested Barbie with an increasing number of cords. 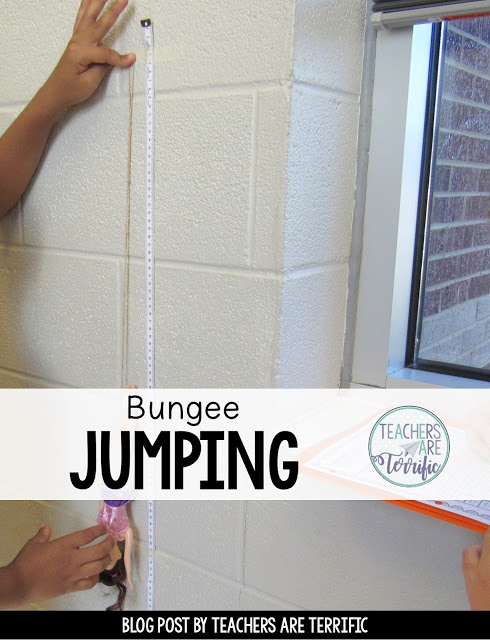 They filled out a data table with the jump results and averaged the data for each test level.
Then, are you ready for this?? 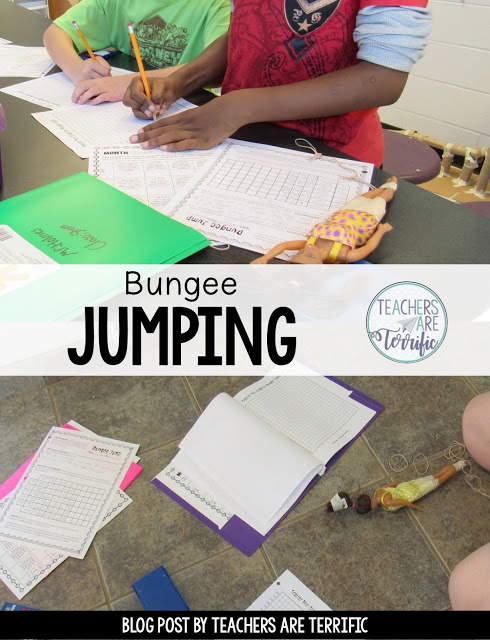 We used the data to plot points on a line graph and did some fabulous math to extend our graph lines and predict how many cords would be needed to drop Barbie from a much higher spot.

Seriously, there is so much math involved in this challenge. Measuring, estimating, averaging, plotting points on a graph, using the data to make decisions. It’s the most fun ever. 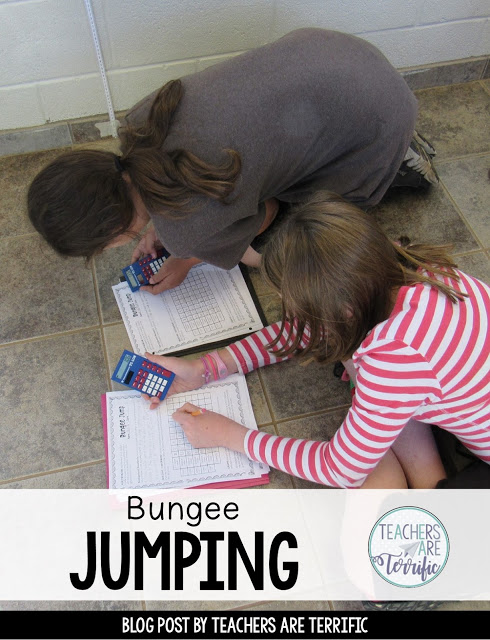 Time for the BIG Drop!

After deciding the number of cords, kids got the dolls ready and I stood on a stool to drop her from our doorway. 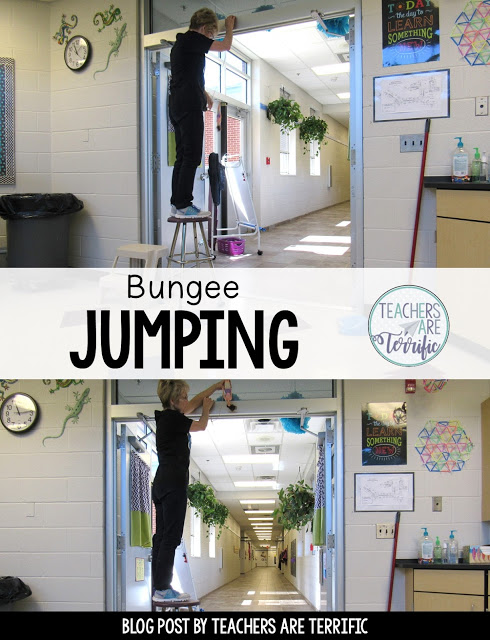 We had some crashes and some that didn’t drop close enough to the floor. Which sent kids scurrying back to take another look at their data and try again. What? So much uses of those test results. Talk about hands-on learning!

This was such fun and SO FULL OF MATH!
This challenge is now number three on our list of favorites- right behind Pancakes and Roller Coasters! The packet is in my store and has tons and tons of hints and tips and teacher directions. 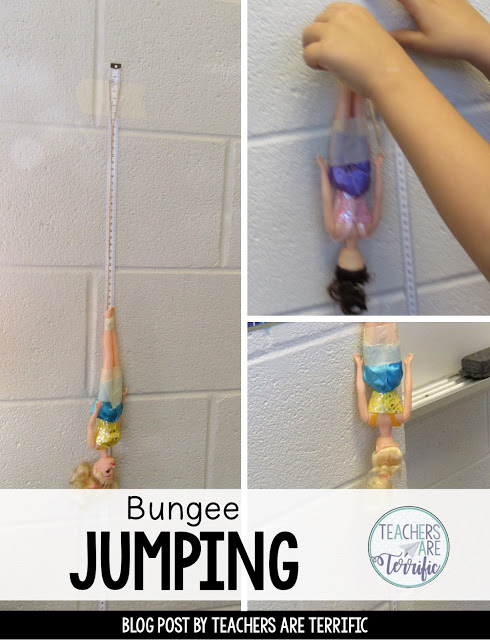