This month brought many books my way, including several I just could not finish. It is always such a struggle to give up on a book. Think about it, books sometimes start out slow and then turn into fabulous reads. When I do give up I always hope I am not missing out on something. But when the book stinks- who has time for that? What do you do when you just don’t like the book?

I did find some great books to share, including this quote from one of them:

“I try to imagine what it must be like, not being able to access the words and memories you need to say what you think.”

Oh my, I had to sit and think about that for a while. The thing that resonated with me about that quote was about reading. What must it be like to be unable to read? To see the words, but not know what they say. More later about the book the quote came from! 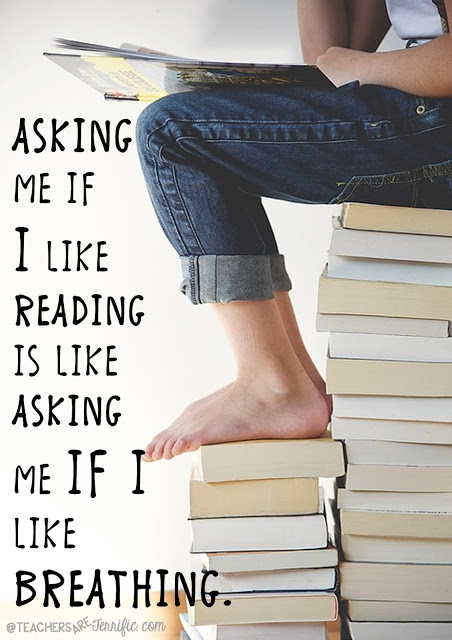 A Hundred Summers by Beatriz Williams

It’s the early 1930’s when you meet Lily Dane. Lily is a college student that attends a football game with her best friend Budgie. The star of the team is Nick Greenwald and Lily falls for him. It seems they are destined to be together until her family discovers he is Jewish and this is not happy news. Through a series of unfortunate misunderstandings the couple breaks apart and now you fast forward to a few years later. Lily is back at Seaview, a summer home for her family when Budgie and her husband show up. Her husband just happens to be Nick.

The book alternates chapters- one from the early years, followed by a present day chapter. The story meanders a little between these alternating chapters and you learn bit by bit about Lily and Nick and what happened to break them apart. There’s also a mystery concerning Kiki, who is Lily’s little sister. However, her devotion to Kiki and the way she cares for her would lead you to believe otherwise. Then there is Nick’s infatuation with Kiki. I thought I had this part predicted and you will likely think the same thing I did!

The culmination of all this family drama is one fateful weekend when a hurricane comes roaring ashore and catches the families off guard. Who will survive?

The book is well written, although a little slow at times. I loved Lily and hated Budgie. Kiki is a hoot and so is Aunt Julie. The period of the 1930’s is portrayed well and I think you will love this book! I give it 4.5 stars!

A Fall of Marigolds by Susan Meissner

It is 1911 in New York City and Clara is a nurse on Ellis Island. She as been there for several months and never goes ashore on off days. Why?

Clara’s story is told bit by bit, intermingling with Taryn’s story from 2011. Both women have one thing in common- a scarf edged with colorful marigolds. How did each woman come to have this scarf?

Clara is the first to see the scarf as she takes care of an immigrant that is quarantined with scarlet fever. His wife died of the illness while on board the ship that brought them to the USA. Clara helps the man and learns that he was married after knowing his wife only a few days. The man desperately wants something from his luggage, which is being stored, and she retrieves it. But in doing so, she learns a terrible secret about the wife. In the meantime, she is befriended by one of the doctors who encourages her to leave the island.

The story of why Clara remains on the island concerns a man she had only just met and thought herself in love with him and he with her. Tragically, he dies in a fire and she blames herself. She takes the nursing job on Ellis Island and remains there because of her grief.

Taryn, back in the present day, has also lost someone. Her husband was killed on September 11 in the attacks on New York City’s Twin Towers. She lives with their daughter and works in the design industry.

There are so many facets to this book. The stories of the characters from 1911 and 2011 are told in alternating chapters. Gradually, you learn how they are connected. This book is beautifully written- even though each woman has lost something of value. It’s definitely a chick book, but not a silly one. You will enjoy reading this one! 4.5 stars!

The Things We Keep by Sally Hepworth 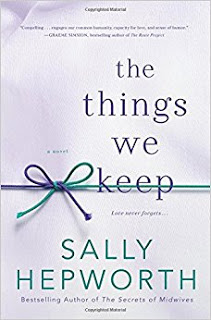 This beautifully written book is the story of Anna, a young woman with early onset dementia. Anna begins her journey on a day at the mall when she cannot find her car. The security guard is happy to help her, only then she cannot remember what kind of car she has. Months later she cannot remember the word ‘twin’ when she is describing her twin brother. She settles for, “he’s the person that my mother carried in her uterus at the same time as me.”

Eventually, she must be cared for in a residential facility. It’s a small home with only about ten dementia or Alzheimer’s patients. The story of Anna’s decline is told along with the other patients, nurses, and Eve, the cook. Eve is hired as the cook after her husband killed himself. Eve’s daughter, Clementine, also plays a big part in the story.

It’s a heartbreaking tale that will leave you wanting to learn more about dementia, but it’s also a tale of love and how it might be the one thing that will shine through even when your brain is slowly losing memories.

After one conversation that Eve has with Anna, Eve thinks that Anna is still capable of coherent thinking and she wonders,

“I can’t help but wonder which lights are on, which are blinking, and which ones are completely out.”

I give this book 5 stars and encourage you to try it. It has some laugh out loud funny moments and some moments that will make you hug your loved ones!

The Orphan’s Tale by Pam Jenoff

It is 1944 when sixteen-year-old Noa finds herself pregnant with a German soldier’s baby. Her parents send her to a home to have the baby and when the boy is born he is taken from her. Noa’s parents don’t want her to return home so she begins to work at a rail yard. One day she hears sounds coming from a rail car and she looks inside to find it is full of babies.

“There are babies, tiny bodies too many to count, lying on the hay-covered floor of the railcar, packed close and atop one another.”

They have been taken from Jewish families. Some are already dead and the rest will be soon in the freezing temperatures. Noa grabs one of the babies and runs away. She keeps running through the countryside until she is found by a circus worker. Peter rescues Noa and takes her back to the circus where she quickly becomes an aerialist trainee under the tutelage of Astrid.

Noa tells everyone that Theo is her brother which is just one of many secrets you will discover in this book. Astrid, whose real name is Ingrid, was the wife of a German soldier until he sent her away because she is Jewish. Now, she is hiding in the circus, along with Noa as they travel into France to begin the circus show tour.

This book is beautifully written and you will get caught up in the stories of all the characters. Which ones will survive the war and the inspections of the German soldiers? Will Theo survive since he is also Jewish and being hidden? Can Noa learn to be a trapeze artist and keep all these secrets? Oh my goodness! I would give this one 4.5 stars- only because it is a little slow moving at times. Definitely worth your time!

If you love to listen to books from Audible, try this one. It is read by the author and that makes it even better.

This is a memoir of J.D. Vance, whose Mamaw and Papaw were born in Kentucky and moved to Ohio to escape poverty. J.D. was raised by his grandmother- for the most part- as his mother struggled with drug and alcohol abuse, not to mention physical abuse from the string of men she lived with and allowed J.D. to be around. It was not unusual at all for him to live with mom for a while and then be rescued by his grandmother when mom’s problems became too much for the young boy.

The book is striking in its tone and very matter-of-fact in telling the story of this tragic family. The author recognizes his life is not ordinary and he also knows he will be the same as those that raised him- unless he makes different choices. He does! After high school, he joins the Marines and then attends Yale Law School.

Mr. Vance is a person you will cheer for as he grows up and changes his path. You will love his grandmother and you will wish you could slap his mother. Fabulous book! 5 stars!

This brings me back to this post’s title. I cannot imagine a day going by without a book in my hand. I cannot imagine words and letters swimming together in an unrecognizable way. So many books, not enough time!

So, back to my first question… what do I do with books that stink? I have a bag in my study that I throw stinkers in or books that I read but just do not want to keep. When the bag gets full I take it to the library and donate them to their used book room!