Top
Looking for FREE Resources?
Click Here!
I had this wild idea one day that involved kids and water and flooding. It seemed like a great idea and after some disasters, we finally made this work. And, to be honest, it turned out to be pretty spectacular!

https://www.teachersareterrific.com/2017/06/floodbarriers.html
So take a look at the video first.
It is going to present a fantastic challenge to you, but then I am going to tell you the nitty-gritty!
Looks like fun, right?

The idea was to have kids experiment with absorbent materials and then choose one to use in building a flood barrier. 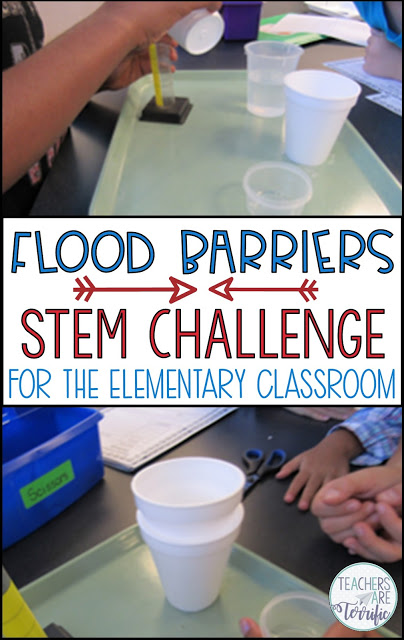 They tried several different absorbent materials and measured the water leakage. After determining how much water leakage there would be for each material the groups would decide what to use. Well, okay, this part worked pretty well. It was actually fun once I worked out the kinks! (Just imagine teams of kids pouring water that you know is going to leak and then pouring it again to measure it. You need towels!)

Then we moved on to the flood barrier part.

Well, I had another brain pop and knew that if I just offered a bunch of materials to the groups they would just take some of everything!

Whether they need it or not.

I learned a long time ago that the way around this is to have the kids work using a budget! 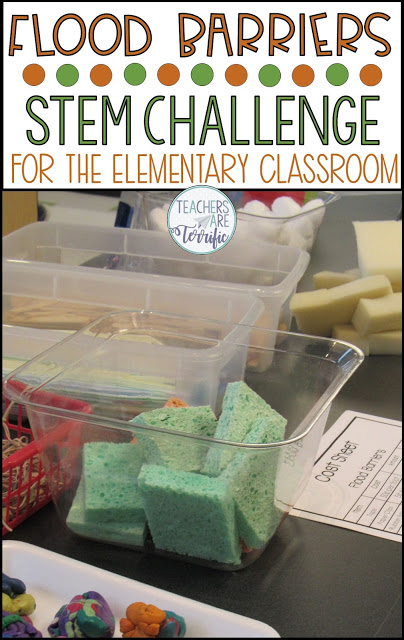 So I set up a supply station and each item had a price. 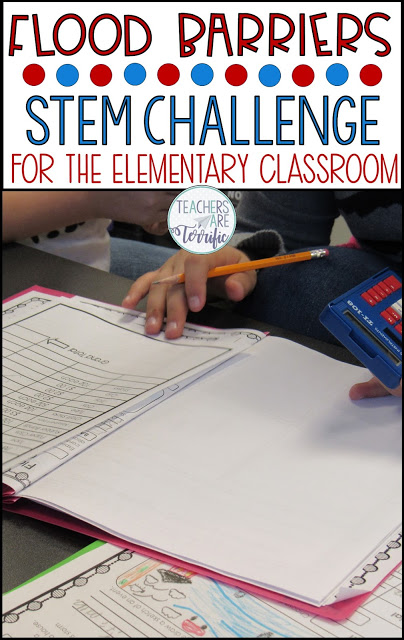 The kids had to fill out their cost sheet and then go shopping. One class told me they were shopping at STEM Mart! Ha!

Okay, next it’s time to build the barrier.

Originally I told them stories about storm surge and flooding and we watched a couple of videos. The plan was to protect your house from flooding. Okay, take a look at the top photo in the set below. 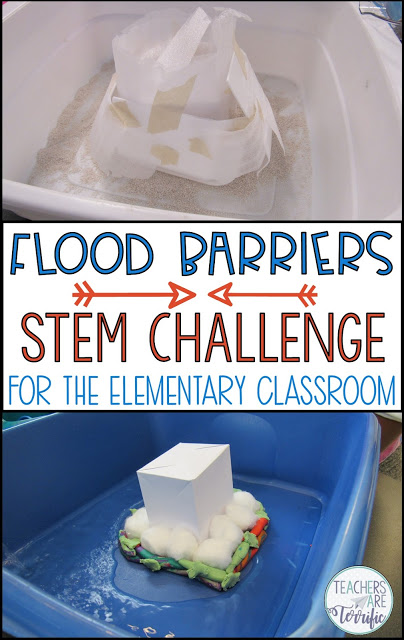 What? Obviously, this was not exactly what I had in mind.

This was the Test Class and after they built things like this (and more) I knew I had to revise my thinking and explain it better. The next classes were told that the flooding was happening in their back yard and it was a doghouse. I also toughened the constraints to the task and added the rule that the absorbent material and other items could NOT touch the house or be taller than the house.
So, now look at the bottom photo above. That’s more like it!

As you might know, I try to tell you only the truth.

And there are some things we learned in this challenge.
I made mistakes in the materials. Yep. Let’s look at those disasters! 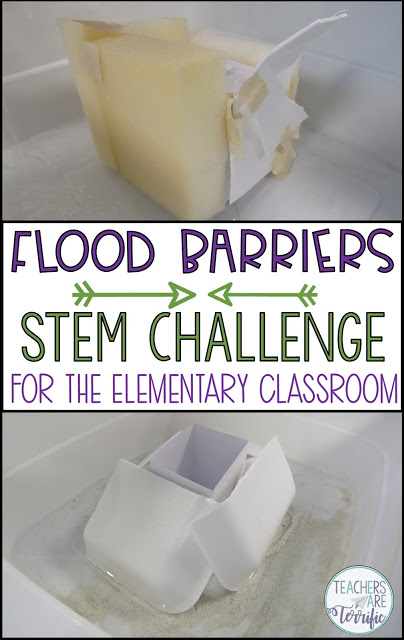 The one in the top photo above was built before I changed the rules. Looks like it might work, right? Nope. Those sponges are highly absorbent, but when you pack them around your house and they absorb water, guess what happens then? The water is transferred to the house! And I forgot to mention, these were paper houses. In the bottom photo above is another lesson learned the hard way-
SAND. IS. NOT. A. GOOD. IDEA!
I mean I thought it would be. Sandbags are used in floods, aren’t they? So, in the test class sandbags were one of the supplies. Only the kids didn’t know that a sandbag is meant to be a BAG. They poured the sand into the bottom of the pans. Did you know that sand will float?  After I poured out the water I left these sandy pans on my back porch in the sun so they would dry out. (Yes, I have two back porches in my classroom!)

PLAY-DOH IS NOT A GOOD IDEA EITHER! 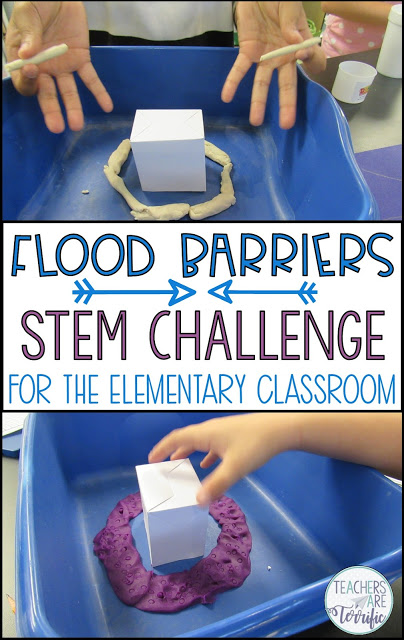 I thought this would be better than sand. So with the next class, I took away the sand and offered play-dough. Kids built these neat little fences. It stopped the water! Success, right?
Do you know what happens to play-dough when it gets wet? Trust me, don’t ever do it unless you want slimy gooey stuff that will not wipe up. I scraped it off the bottom of those pans.
Lest you think it was all awful, I will add this. Every single time we tested a pan with water all the kids would gather around to watch. It was so much fun! If the house didn’t leak, they would cheer and if it did they would groan.

This was such an awesome challenge! Even with the soggy play-dough and wet sand.

This resource is available in two ways: 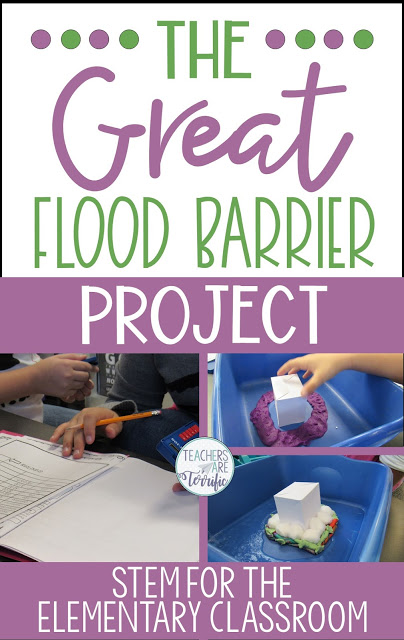