Top
Looking for Christmas Resources?
Click Here!
There is a moment in some books where you blink and say, “What!” And you re-read or re-listen to that section because the book takes a turn you didn’t see coming. Isn’t it stunning!
This month’s selections just might have those moments, so take a peek! Some are surprises and one is pure heartbreak. 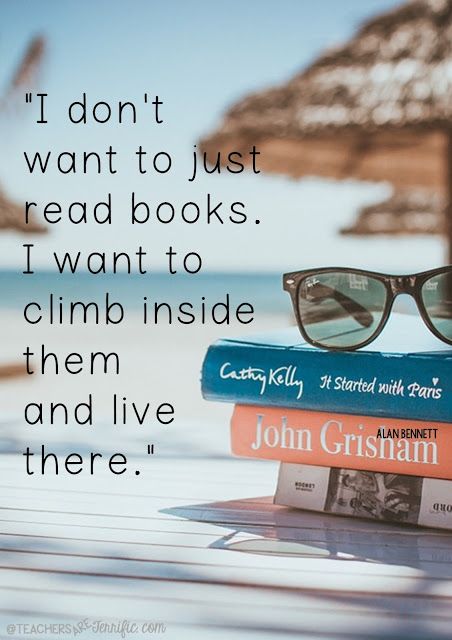 In
this post, for your convenience, you
may find Amazon Affiliate links, which means Amazon passes tiny amounts on to
me- if you purchase something through that link, at no extra cost to you. This
helps keep this little blog running!

This author is just one of my absolute favorites. I have loved almost all the books of hers that I have read. This is another that I listened to and found it to be excellent as an audio book. The chapters alternate between the main characters and each is read by a different person.
It begins with Jenna, a 13 year old, who is searching for her mother. The mom, Alice, disappeared when Jenna was 2 or so and she has never known what happened to her. Jenna seeks the help of a psychic named Serenity. She also eventually hires a private detective, Virgil, to find her mother.
In alternating chapters you also learn about Alice. She is a doctor/scientist living in Botswana where she researches elephant grief. Her chapters are rich with descriptions of the elephants and how they care for one another and mourn the losses of each other, especially mothers that lose babies. If you have ever seen videos of elephants mourning or those that are rescuing babies you will totally love these chapters.
Serenity also has chapters in which she tells about her gift of being able to “see” ghosts. Now, you might be a little skeptical about this, but the book is completely believable in this regard. Not contrived at all.
Virgil also has his chapters, as does Jenna’s dad. The book is lengthy and just about the time you wonder what on earth is going to happen with all these people something completely unexpected does happen. I was driving down the road when I suddenly said aloud, “WHAT!”
Five stars for this book! I would also say you should listen to it if you like that reading style!

Yes, this is X, the 24th book is Ms. Grafton’s series. When I started many years ago with A is for Alibi who knew the books and the story of Kinsey Milhone would still be going strong. The copyright, by the way, of the first book is dated 1982. What!
This book is the continuation of Kinsey’s private eye story. She still lives in a dwelling rented from Henry, a 90-something year old, who is a precious part of her story. She still runs everyday and wears turtleneck shirts, and eats at a local diner. In this book Kinsey meets a woman at a local mansion and is hired to find the woman’s son. A few days later Kinsey discovers that this was all a ruse and she sets out to find out why.
The book was a little bit predictable and not really the best Kinsey story I have read, but I am going to be faithful to the series all the way to the Z book. I would give it 3 stars and highly recommend that you start with A is for Alibi and see if you want to commit to the series. I hope you do!

A Mother’s Reckoning by Sue Klebold

I am sure you are like me when you think about Columbine. You probably remember where you were when those pictures of students running from the school with their hands over their heads were shown on television. The first truly large-scale mass school shooting. And you remember the shooter’s names, too. Dylan Klebold and Eric Harris. This book was written by Dylan’s mother. I listened to this book and it was read by Mrs. Klebold.
The introduction to this book gave me one of those chilling moments of saying “What” as I read a book. The man writing the intro says, “The ultimate message of this book is terrifying. You may not know your own children. The stranger you fear might be your own son or daughter.” He also points out that many people wanted to hate the Klebold’s and also wanted to know that they had been horrible parents. This is because, if you consider yourself to be a good parent and don’t do the awful things the Klebold’s must have done, then your children can’t possibly turn out to be mass murderers.
And, yet, as you read or listen to this book you will find yourself thinking about how normal this family sounds and how clueless the parents were that Dylan was or might have been troubled. I won’t give you any details as you will need to decide if you want to try this book or not. It is heartbreaking and gut wrenching to listen to this mother talk about her son. Because in the end he was her son. Her baby. She lost her child that day, too. In no way am I defending the actions of those two boys, but merely pointing out that the mother and father of Dylan have suffered- shame, humiliation, grief, and profound heartache. The father even said one day, “I wish he had killed us, too.” It is unfathomable how it must feel to lose a child, but to lose one after he is the cause of so many other deaths and broken the hearts of so many grieving parents has to be the ultimate loss.
I would give this book 5 stars. Also, any proceeds earned from this book are being donated to charities that focus on brain research or mental health issues.

What a treasure this book turned out to be! I will say it started out a little slow and there are so many characters I had a hard time keeping them straight. But, I am so glad I stuck with it! So, let me help you out with an outline (of sorts). Kate is the main character and she begins the book jobless and living with her sister. Kate is trying to get over a break up with her French boyfriend, Robert. She is wallowing in self pity and doing nothing. A friend sends her on a job interview at a private school where she admits she knows nothing about the job and will be a terrible employee. She is hired anyway!
Angela, her sister, remains a focus in the story as she tries to help Kate overcome the break up and get her life back on track. There are also two friends that are a big part of the story. One is Chloe who sets up a match making account for Kate and succeeds in finding a perfect match- who just happens to be a neighbor of Kate’s and someone she already knows. The other friend is Vicki and it turns out that Vicki has now started seeing Robert, Kate’s old boyfriend.

Now, before you think this is purely a chick lit book let me tell you there is more to it than that! The background stories of the children and their parents who are applying to the school Kate works at, are quite entertaining. Some of them are laugh out loud funny, as are Kate’s antics with her boss Henry and another work friend, Maureen. Near the end there is a gotcha (What!) moment when one of the families does something completely stupid (it involves a weapon) and the outcome of this debacle is delightful!

I would give the book 5 stars and tell you to try it!

Good as Gone by Amy Gentry

You know those “What” moments that are the theme of this post…..well this book …..
The book opens as Jane is awakened (age 10ish) and then sees her sister, Julie, (age 13) being led away from her bedroom by a man who is holding a knife to her back. The sister disappears— until 10 years later when Jane opens the front door to finds Julie standing on the front porch. In the next few days the family learns about what happened to her and try to get back some semblance of a normal life. Hmmmmm..
Then secrets are slowly added as the voice of the book shifts to that of Julie, who begins to tell her story. The chapters alternate from present day to what has happened in the last ten years. I wish I could tell you more, but too much of the story would be given away if I say much. There are moments that are astounding and then there is definitely a “What?” moment as things begin to be revealed. It was not at all what I expected. Five stars for this one! The cover tells you it is a novel of suspense. Yes, yes it was!

What, you say, is my favorite book this month? Not an answerable question. They were all very different! This was a month where I was not stuck in one genre! Now, that’s a “What?” moment for sure! Put these books on your wish list!