Top
Looking for Summer Resources?
Click Here!
Have you read Where the Red Fern Grows?
In that book, there is a scene in which a beloved dog dies and it is heartbreaking to read. You will cry.
However, the sweet, sweet ending of the book, when the red fern blankets the graves of the dogs, is the most poignant ending ever. I have never made it through the last three chapters of this book without crying. Yet it is one of my all-time favorite books and I have read it aloud to children so many times.
So let me just say, all of this month’s books in this review have a death involved with the main characters. But, don’t think this is all doom and gloom.
The books are all different and you will love this selection!

This month I have some chick books, a historical novel, and a crime drama. 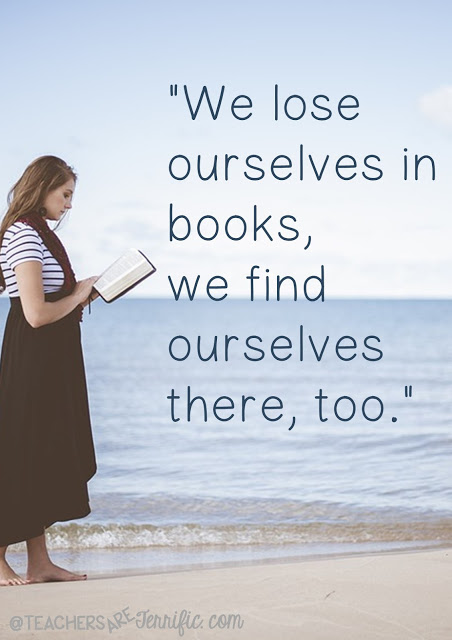 In this post, for your convenience, you’ll find Amazon Affiliate links, which means Amazon compensates me if you purchase something through that link, at no extra cost to you. This helps keep this little blog running!

Another book by this author! I have now read four of her books and loved three of them!
This one is about a young woman named Auburn. The book opens with her

living in Texas where she is able to visit her boyfriend- who just happens to be days from dying from cancer. A few years later the story picks up with her move to live in Texas for reasons I won’t divulge. She quickly meets a young artist named Owen. They have an immediate attraction (of course they do, this is a chick book)! She and Owen go back and forth with trying to be together, but Trey enters the picture. Trey is the brother of Auburn’s former (now dead) boyfriend.  Auburn decides that Trey is a better option- again for reasons I won’t share and she tries dating him to see if it will be okay. There are more complications to this book- most significantly the fact that Owen has a big secret about Auburn and Trey.

Should you read this one?

I would give it 4 stars and I did enjoy reading it. Like all of Hoover’s books I have read, this is a fast read and written well. I do think you will love it—- if you like the romance/ chick lit genre. It would be a perfect book to read on an airplane flight or the beach! I enjoyed it on a long flight and it was perfect for that!

Have you read anything by this author? If not, you should! It’s usually a crime drama with twists and turns and interesting characters. It’s always fast-paced and definitely a page turner. This one was great!
The main character is Maya, a veteran who served in Iraq and a mom of a two-year-old. At the beginning, you quickly learn that her husband, Joe, has been murdered and so has her sister. Maya begins to delve into these murders trying to find her husband’s killers and her sister’s. Very early in the story, Maya is given a nanny cam and while watching a playback one evening she sees a man in the video playing with her daughter.

It just happens to be her husband!

There are some connected stories to this, of course! Joe comes from a wealthy family and had a younger brother that also mysteriously died. His sister, Caroline, is involved in the drama and his mother, Judith. Maya must somehow piece together all these characters and little bits of information and learn who she can trust. And there is where the drama begins! Who can she trust? Is it Shane- a veteran she served with in Iraq? Is it the police investigator, Kierce, who seems to be taking money from the family? How about her nanny, Isabella, and Isabella’s family? In the end, you will be totally unprepared for what happens! Fabulous book! Five stars for keeping me reading late into the night!

Everything We Keep: A Novel

When I started this book I was immediately struck by the similarity to the previous book in this set of reviews. In the book above a woman is widowed and then has reason to believe her husband is still alive.
Guess what? The main character in this book is Aimee and the book opens with the funeral of her fiance, James, who is being buried on what should have been their wedding day. At the end of the funeral, Aimee is approached by a woman named Lacy who claims that James is still alive.
Being pretty convinced this isn’t true Aimee tries to go on with her life.

This includes opening her own restaurant and getting to be very good friends with a new man, Ian. However, after a year Aimee is still receiving information that James might indeed still be alive. What will she do? Is James alive? Ha! I will leave you hanging there and not spoil what happens. It was not what I expected, to be sure.

This is definitely a chick book, but this time with older and more believable characters. I would give it 4.5 stars. My only problem with it was that the writing did occasionally jump ahead and leave out some details- enough that I actually checked a couple of times to see if I had skipped a page. Overall, it was a fast read and a good one!

Cancel the Wedding: A Novel

Oh my goodness! This looks like another chick book. I promise this is not my normal genre. This one came highly recommended and was promised to be not just a chick book.
The book opens with telling about three young people- Janie, George, and Oliver. They are swimming in a lake and just having normal kid fun. In chapter one, you meet descendants of Janie-
including two daughters Olivia and Georgia. Janie has passed away and her request for her death was to be cremated and her ashes taken back to her home in Georgia. However, her children have never been there and had no idea this had been her home.

Olivia takes Georgia’s daughter, Logan, and travels to Georgia to find out what she can about her mother and her family. Also, in this picture is Olivia’s fiance, Leo, and once she gets to her mom’s hometown she also meets Elliott. I think you can see where this might be going. In the meantime, Olivia and Elliott, Logan and her new friend, Graham, all begin to dig into the mom’s past to try and discover some family secrets. Since most of the people that knew the mom are no longer living or in the town it becomes a giant puzzle. Smack in the middle of trying to figure all this out Leo shows up, Elliott realizes this is someone important in Olivia’s life, and that complicates matters even more.

Will they be able to piece all of it together and uncover mom’s secrets? Which man will Olivia end up with? Does anyone see the similarity between the two men, George and Oliver, and the two daughters of Janie’s- Olivia and Georgia?

This book has been out for a long time and it’s one that has been on my list to try for just as long! What a treat this turned out to be!
First, let me say it was a welcome change in genre! After about ten chick books in a row, this one was refreshing!
Secondly, the story is well written. It reads like a story rather than a historical account. I also learned a ton about the Civil War, Grant and Lee, Lincoln, and, of course, John Wilkes Booth. The book begins with the last few battles of the war and then the surrender at Appomattox Court House. The details of the battles and deaths were pretty amazing and have never been in any history book I read. The story of the surrender is also amazing. Did you know that one of Lincoln’s sons was there? After the surrender, the book continues with life in the Capitol and delves into Booth quite a bit. Here’s another fact I learned: Booth and some associates had been planning to do something to Lincoln for a long time. The original plan had been to kidnap him. However, Booth’s assassination plan is chilling in how he carried it out. It was much more planned than I ever knew. The details of the actual shooting and the hours following are also quite interesting. Lincoln did not die immediately but lay with doctors and other political figures and his wife for hours before he finally succumbed. The book continues after this event and spends time telling about Booth’s escape and the events that led up to his eventual death.
I would give it 5 stars and I plan to grab the other books this author has written! You should definitely try this one!
Well, I marked each review for you to point out the references to someone dying – except for the last book because I figure you know that Lincoln died. Let’s face it, though, people die, dogs and cats die, and sometimes that makes a story sweeter. When I read a book that has a character that dies I always know that somehow the story will grow from that- otherwise, why is there a book at all! The sweetest endings are the ones in which we can commiserate with the characters, experience their loss with them, and close the book having read a beautiful story.