Top
Looking for FREE Resources?
Click Here!
Years ago my husband and I built our dream house. At the time, ceiling fans were popular and we decided to place these in many of the rooms. Would you believe three of them are still operating and have been turned off very few times? I am talking 25+ years, ok.
Still Turning! More about this later…
So, just imagine for a second challenging your students to create something that turns…….
Let me clarify….turning by using the wind. And, by that, I mean a fan!
I have two different sized fans that we use in the lab when we need to create air movement.

I really thought a bobbin would work… 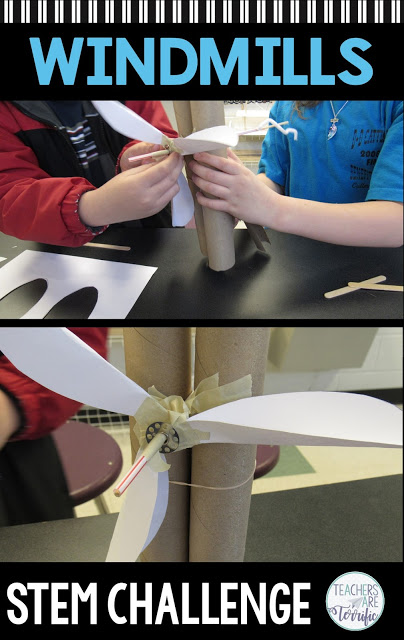 Since we have completed projects similar to this in the past I knew what the biggest problem was going to be! The turning part. It works very much like the axle of a wheel and I knew how hard that tends to be. So, I tried really hard to think of all kinds of things the kids could use for that center turning mechanism that would also have the blades of the windmill attached to it. Above, can you see what the blades are attached to?
It’s a sewing machine bobbin! I really thought these would work great! The center is rather small but that can be a good thing. A straw threaded through the hole in the center and then attached to the windmill seemed like a perfect solution. Except, also look at the photo above. Too much tape! It kept the blades from turning around. 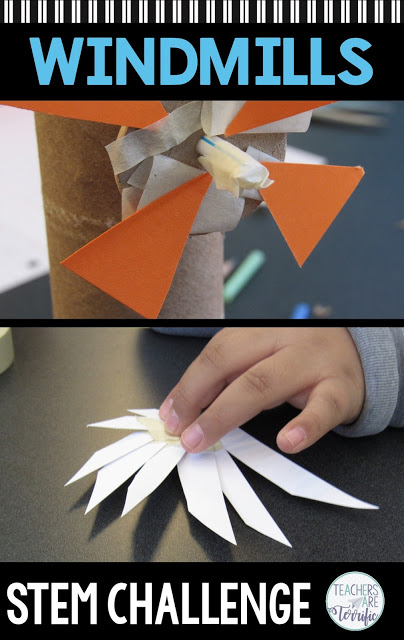 Another item we tried for that center turning mechanism was a wooden disc. I had my husband drill a hole through the center and it was large enough for a straw. The discs were also large enough that the blades of the windmill could be easily attached. That was one of the problems the bobbins created! They were not big enough to allow the blades to fit!
And here is where the ceiling fan story fits in again. Kids did talk about ceiling fans as they built these windmills. I heard kids say things like,

“Our fan in the house only has five flat parts (blades), so we don’t need fifteen of these!”

The blades had to have a fold or scoop or bent part to work!

This was another thing we learned! 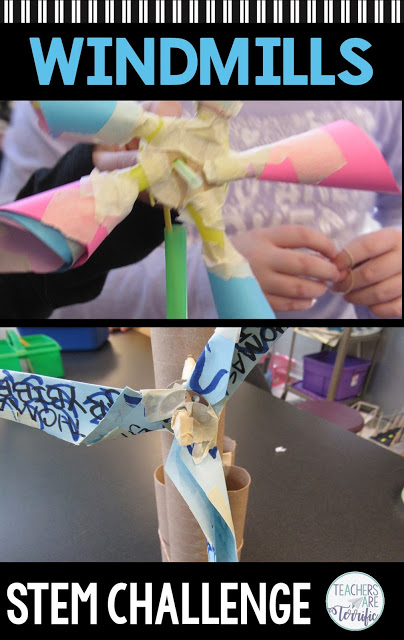 The blades were so fun! Kids came up with so many ways to make these. In the top photo above you see a team that made cone shapes in many colors. It looked fabulous, but it turned out to be heavy. Surprisingly it worked really well! In the bottom photo above a team used lightweight copy paper folded to make a scoop that could catch air. We learned very quickly that a flat piece of paper for a blade did not work at all. It had to have a fold, scoop, or shape to it in order to catch the air and turn. Take a look at the one in the photo below. It was very cute, but the flat paper blades did not work!
Again, it was the ceiling fan discussions that led to making the blades turn a little to catch the wind. Off topic— but if you have ceiling fans, have you ever checked to see how much dust is on the top of the blades? Just take a look. It’s pretty stunning. 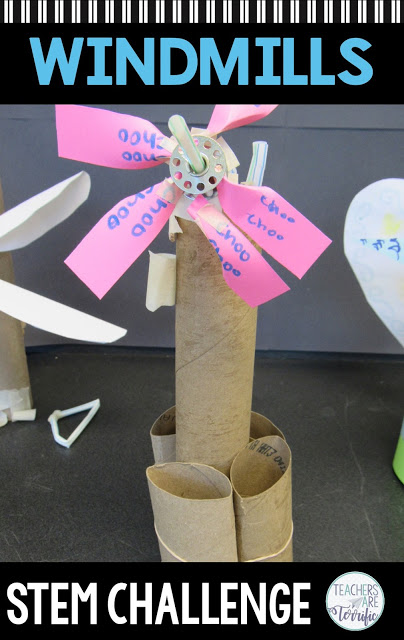 The bright pink one below worked really well. The wooden disc in the center had a straw through it that was threaded through a hole in the windmill tube. It went all the way through the tube and was secured on the back, but it was still able to turn. The blades had a little fold in them that caught air. 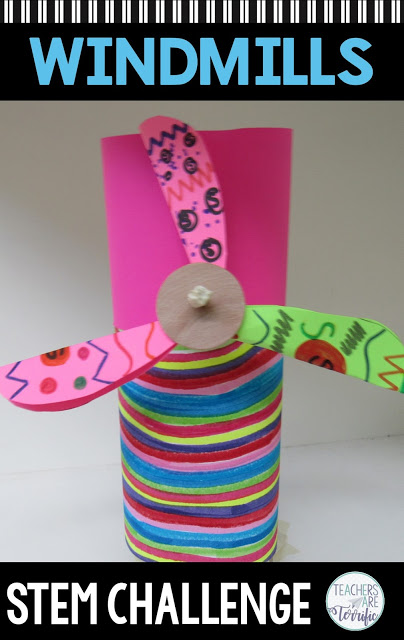 Here are a few more! They all look great. The one on the bottom right looked spectacular with those spoon scoops as the blades. Unfortunately, it would not turn at all. The scoop blades did not catch enough air. 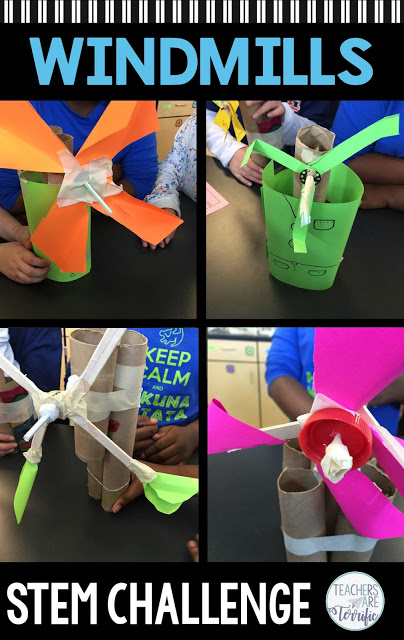 We learned so much!

This was a really fun challenge with so many problems to solve! We learned a lot!
This challenge was part of a series we used for the windy month of March! All three of the challenges can be used at any time of the year. Here’s a little video we made!
More details about the three windy challenges can be found right {HERE}!
Thanks for joining me today! Now, go off to check the dust on your fans! Hint: You need a vacuum cleaner with a long hose to clean it off!