“I wonder what kind of sound it would make if I were to smash this glass against the side of his head.”

Seriously, how could you not keep reading if that is the opening line?

Which one of the books in this review do you think that quote came from? See if you can tell from the descriptions I have given you!

I love adding this Book Review to my blog every month. I am a reader, always have been, always will be. I was that kid in the classroom the read while the teacher was talking and kept a book ready to carry with me wherever I went.  I also love reading about books people have read and can recommend.

So, here you go- these are all GREAT! It was a five-star month! 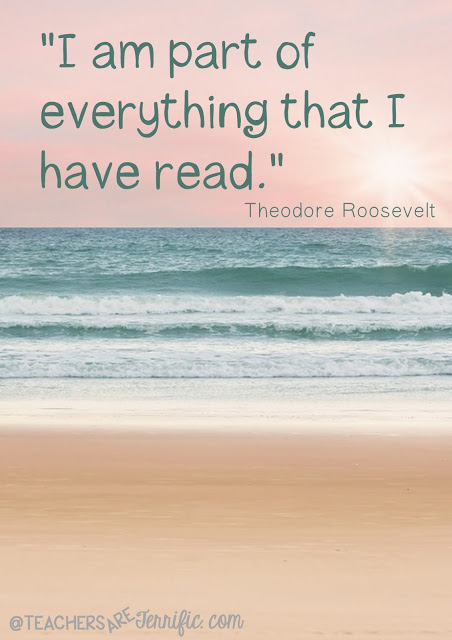 Oh my, this book.
Meet Madeline, a 17-year-old, that has a rare disease that makes her allergic to everything. She has been housebound since she was less than a year old. Her mom, a doctor, and Carla, her nurse take care of her. She reads voraciously and watches a lot of movies. She is tutored online and has a tutor visit occasionally. All is right with her world, as right as it can be anyway until Olly moves in next door. He’s a nice looking boy her age that she falls for. Carla allows him into the house to visit and soon Olly and Maddy are communicating online and from their bedroom windows. One day, Maddy even runs outside when she sees something happening with his family and she is distressed. Going outside is a giant no-no for Maddy as so many things ‘trigger’ a reaction which could kill her. Another part of this story is that her dad and brother were killed in a tragic accident. Maddy has no memory of them. At one point in the book, the mom shows Maddy a photo of all of them when Maddy was four months old. After seeing it Maddy thinks, “A photograph is a kind of time machine.” How true! Later as she contemplates the changes in her life from meeting Olly, Maddy thinks, “How am I supposed to go back to my old life, my days stretching out before me with unending and brutal sameness? How am I supposed to go back to being The Girl Who Reads? Not that I begrudge my life in books. All I know about the world I’ve learned from them. But a description of a tree is not a tree……” Profound statement from a girl that has never experienced anything that was not within the walls of her house.
That’s about all I can say without giving away too much of the book. The ending was a surprise and I have a lot of questions about it. However, this was a great little book. It is marketed for young people, but I would not recommend it for anyone younger than the two main characters.
It’s a quick read as many of the pages are extremely short or just graphics. I would give it 5 stars. You should definitely try it!

Oh, my. First, let me tell you this is a chick book and if you like those, then you will LOVE this book. If you don’t, then you should still read it. I am not a chick book lover because I find them very formulaic and trite and improbable, but every once in a while don’t we all want that little romance? A little mystery….maybe even improbable situations?
The first Colleen Hoover book I read was It Ends with Us: A Novel

and I loved it. You can read my review {HERE}.
So, when I ordered this one I did know I might like it! Meet Fallon, a young girl, (age 18ish) who was badly burned in a house fire caused by her father. She formerly was an actress but now cannot get hired due to scarring from the fire. She has decided to move away from Los Angeles to New York to try something different and is sitting in a restaurant telling her father her plans. Sitting close by is Ben and he overhears the mean things the dad is telling her about moving, her scars, and her future. And in he swoops, pretending to be her boyfriend. She plays along with it and they spend some time together that day which just happens to be November 9. At the end of the day, she flies off to New York and she and Ben decide they will not communicate at all, but they will meet at the same restaurant in exactly one year. Improbable, right?
But they do and this goes on for a couple of more years. Many real life things happen to both of them and, of course, they are hopelessly in love. And that is all I will tell you, except the book did take an interesting little turn that I didn’t expect.
I read this book in a day and a half and I can say you should definitely read it! It is written well, a little R-rated, but tastefully so. Five stars for this one!

The Wrong Side of Goodbye (A Harry Bosch Novel)

If you are not familiar with this author, you need to try one of his books. I would suggest you start with The Lincoln Lawyer (A Lincoln Lawyer Novel)

. That series introduces you to Mickey Haller, a lawyer that uses his Lincoln as his mobile office. He solves legal thrillers in a unique way. The series of this featured book today stars Harry Bosch, who just happens to be Mickey Haller’s brother. Bosch is a police detective that solves investigative mysteries in his own unique way. In this book, he is hired by a very wealthy elderly man who wants to find his long-lost girlfriend and find out if she had a baby that would be his only heir. This sends Bosch on a search to discover the missing girlfriend, her daughter, and anyone else that might be related. This is especially important since the elderly man has now died. In the meantime, Bosch is also working with a police force team to find a serial rapist. The book is a page-turner and will keep you guessing about the heir to the fortune and the side stories. I always enjoy Connelly’s books! I  would give this book five stars!
You might want to start with the first of the Bosch series and then move on to this one. The first one is The Black Echo (A Harry Bosch Novel)

. And, if you really love the series there is also a television production called Bosch on Amazon!

The Woman in Cabin 10

Fabulous little book! It’s going to remind you of Gone Girl, The Girl on the Train, and The Good Girl! Well written with plenty of detail and suspense to keep you glued to it!
Laura, called Lo, Blacklock is a journalist working for the magazine called Velocity.  She is sent to sail on a small cruise ship to report about it for the magazine. By small I mean only ten cabins, however, it is a luxurious cruise ship, well appointed and staffed. The cruiser is sailing on the northern seas around the fjords of Norway. On the first evening, Lo discovers she forgot mascara so she goes next door to Cabin 10 to borrow some. The woman in the room gives her a tube. Later that night Lo hears something in the cabin next door and then hears a splash. She then sees a body floating away. When she reports this to the boat’s crew she is told that Cabin 10 had been empty. After this the book dives in full force to describe Lo’s attempts to find out what happened to the woman, there are people trying to convince her it is her own anxiety producing this scenario, and then, even more people get involved. This includes the wealthy owner of the boat and his wife who is dying from cancer, a former boyfriend of Lo’s, and some of the crew members. I cannot tell you much more because too much will spoil it for you! This book is a wild ride and I definitely recommend that you try it! Five stars!

The Life We Bury

Another fabulous book for this month!

This is the story of Joe, a young college student, He has a brother, Jeremy, that is autistic and must be cared for, but unfortunately his mother is an alcoholic who often leaves the boy (age 16) at home alone. Joe has a college assignment to interview someone and report about the person’s life. Joe chooses to go to a local nursing home and is given Carl to interview. Carl is a convicted murderer that has been allowed to leave prison ( after serving time for 30 years) and go to the nursing home because he is dying of pancreatic cancer. He has only two months to live. In talking to him Joe begins to believe he might be innocent of the murder and he sets out to learn more about the case. He is helped by a neighbor named Lila and inadvertently by his brother. The book will keep you on the edge of your seat as you race in time, with Joe and Lila, as they try to determine what really happened with the murder case 30 years prior. I loved this book! Five stars for sure!

Okay, did you predict correctly about the opening line I started off with?
It came from the second book in this review! Enjoy!