Top
Looking for FREE Resources?
Click Here!
So, here’s the scoop! A STEM teacher friend of mine (Renee of Science School Yard) gave me some advice about working with first and second graders and tackling STEM Challenges.
It’s simple: READ THEM A BOOK! (What Do You Do With a Tail Like This? is a great one, by the way!)
I  tried it and, boy, are we hooked on this now!
So, I have some treats for you today! Five books, five challenges, and great fun for your kids! 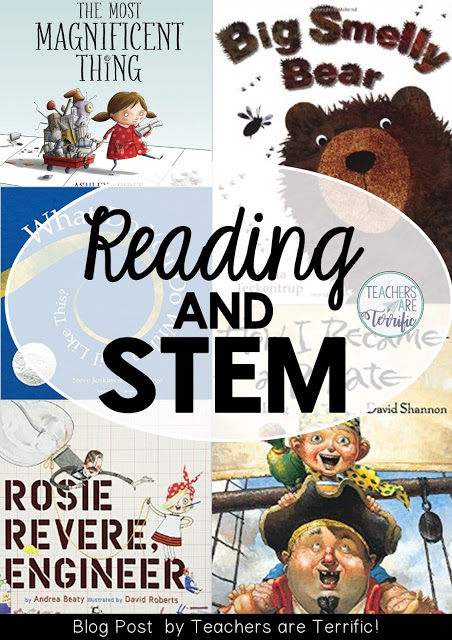 This precious book is about a bear that doesn’t bathe and another bear finally convinces him to do so. He does and they become great friends. The first graders LOVED this book! 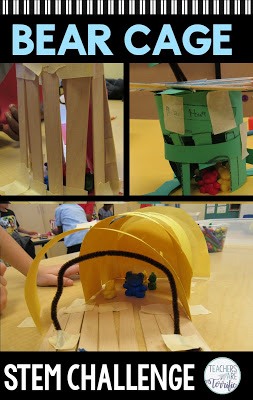 The challenge was to build a cage for the bear. The kids had counting bears, craft sticks, construction paper, pipe cleaners, tape, and scissors. The only rule to the task was to build a cage that would keep the smelly bear inside it and not out making a big stink!

This is the story of Rosie, a young lady that takes absolute junk and makes things. She loves to use canned puffy cheese in her inventions. Everyone laughs at her work- even her uncle, who just happens to be a zookeeper. The rest of the book ties her story all neatly together, but we went back to the zookeeper part. Rosie designed a hat for her uncle that suited his job. So…… 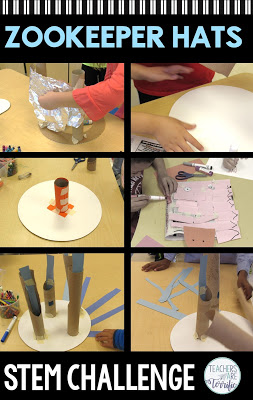 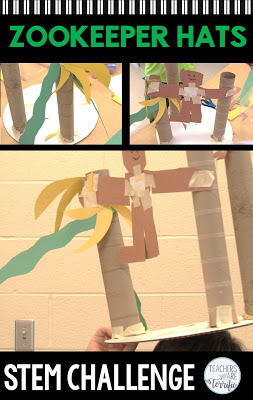 The story for these second graders was this: You work for a zoo and you make hats for each zookeeper. The hat must be functional and not just a pretty thing on their heads. Design a hat that has a purpose for a particular zookeeper.
For example, an elephant keeper might need a hat with a long water hose as a part of it in order to wash down the elephants. 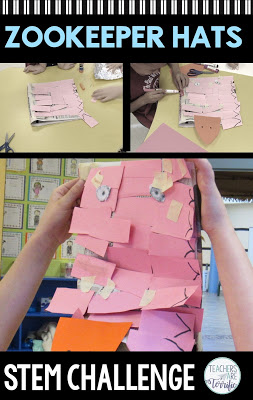 The kids had newspaper pieces, construction paper, tape, cardboard tubes, a piece of foil, and round pieces of cardboard. I did not cut a hole in the round cardboard, but you could. (The round cardboard came from the cake decorating part of Hobby Lobby but is not essential. A square piece of cardboard will work fine. I just happened to already have those round pieces.)
In the second photo above the team made a hat for the monkey keeper. It comes with banana trees so the keeper can feed the monkeys! In the bottom photo, the team made a hat for the flamingo keeper. It came with an attached bag to hold flamingo food.

The Most Magnificent Thing

In this fabulous little book, you meet a little girl that gathers a huge amount of junk and begins to make things. Yet she is never satisfied with the things that she makes. She is very unhappy and then begins to take a closer look at all her things and she thinks,

and she takes the best parts of all her inventions and makes something brand new. This turns out to be the most magnificent thing! It’s a sidecar to attach to her scooter so her little dog can ride with her.
I let the first graders make suggestions about what we could build after reading this book and they unanimously said: ROBOT DOGS! 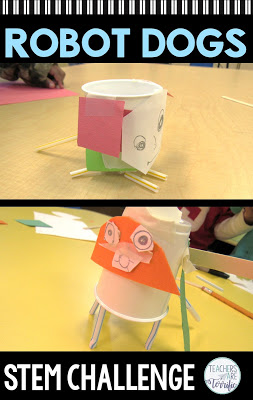 The materials they had were small cups, craft sticks, straws, construction paper, foil, and tape.
And they set to work building dog models!
Aren’t their little dogs just the best! So cute. So easy!

What Do You Do with a Tail Like This?

by Steve Jenkins and Robin Page

This book was so fun for the first graders and my upper elementary students as well! The first page shows several animal noses and then the next page reveals which animals were pictured and what they can do with their noses. The next page does the same for ears and subsequent pages tell about tails, eyes, mouths, and feet. All of the students loved trying to guess the animals, plus we learned a lot!
So, of course, we had to build animals that had a special body part that does something that the animal needs!

First, take a look at the first-grade versions: 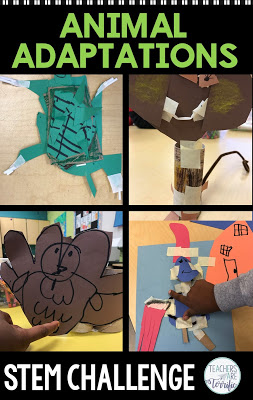 The materials for this challenge were: construction paper, straws, and tape! That’s all!
In the photo above you have a Turtle whose special long toe-nails help him climb up muddy banks of rivers. Next is a money with very large eyes so he can see his food more clearly! Then you have a turkey and this one had a special home it could hide in to get through Thanksgiving. Finally, the last photo is a rooster with very long tail feathers- for balance! This challenge was so fun and the kids especially loved sharing their amazing animals!

And now, take a look at our latest big-kid project! Yes, we tried this with third graders with fabulous results! 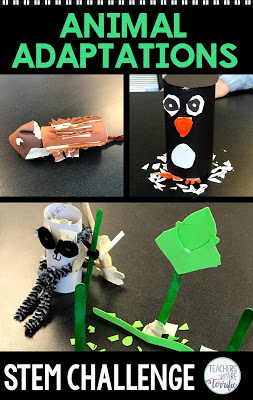 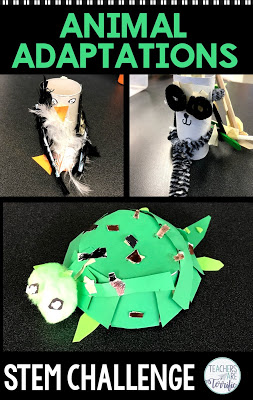 How I Became a Pirate

by Melinda Long and David Shannon

This is the story of Jeremy who is at the beach with his family. The family is not paying attention and they don’t see the pirate ship approaching and pirates rowing to shore. Jeremy decides to join the pirates and is soon learning some pirate vocabulary, like “Down the hatch!” After a storm, the pirates decide to get Jeremy to bury their treasure box for them and he does— in his own backyard!
These second graders loved the book and set about making a small treasure box! 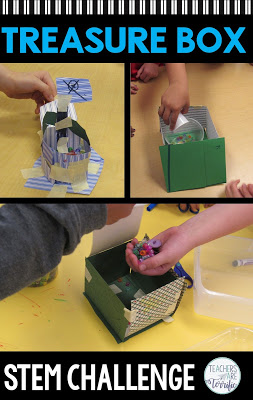 The materials for this one included: beads and buttons (the treasure), construction paper, and tape. If you don’t have beads you can use any small item you do have! These second graders built their treasure boxes and then when we had our sharing time they dumped the treasure into the boxes to show us the box would work. The only rule to this task was: The box had to hold the treasure- no leaking!
See how easy this was!
Read your little ones a picture book. Tell them what they will build using an idea from the book.
Give them some simple materials that you most definitely probably already have. Give them about 20 minutes to build it and then take about 5 minutes for every team to share its structure!
By the way, two of the books listed above were purchased by me from Amazon as a Kindle book, but I don’t have a Kindle.  Did you know you do not have to have a Kindle reader to buy a Kindle book? You can use a Kindle Cloud Reader and read the book from your desktop computer, a laptop, your phone, or an iPad! When I used them with the students I projected the book on my smart board! And the kids LOVED having the giant book on the screen!

So, what do you do with a tail like this? You try a STEM Challenge! Or even try the Animal Adaptation Escape Room! 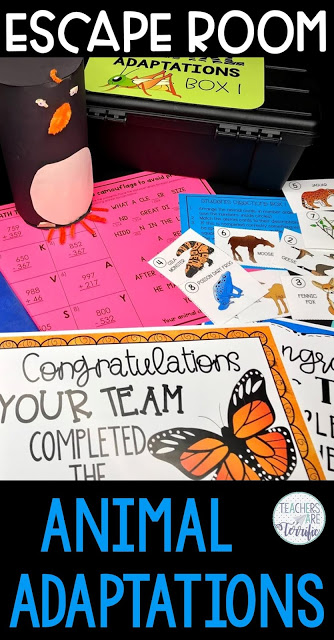