Top
Looking for Summer Resources?
Click Here!
Some of you that join me here often know that I am tackling STEM with some small friends this year. First and second grades were added to my schedule (along with third, fourth, and fifth). We started the year off with some simple designs!
Like Towers! 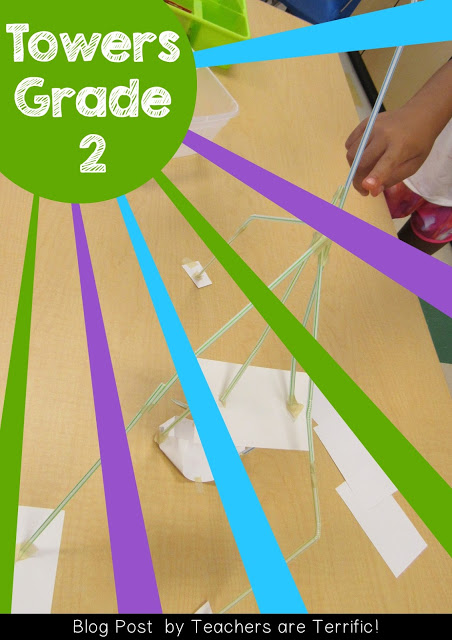 My big kids love towers and we have built a ton of them! All kinds of materials and combinations of materials. Like spaghetti, toothpicks, play-doh, water, satellites, buckets, tennis balls, you name it and we have tried it. One of our favorite items to use (for just about everything) is straws. So, I thought this might be a good item to try with second graders! 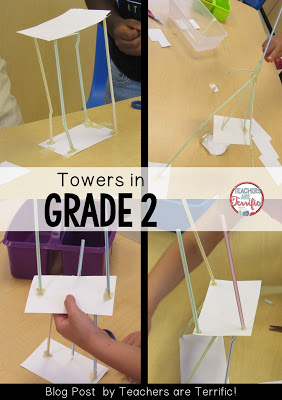 They had straws and index cards and a little bit of tape. I did talk to them before we started to let them know that tape is a precious material and must be used well. I almost never give extra tape. The big kids learn to use it well. But, just look at those towers above- do you see those tiny little bits of tape they used? Awesome.
Not to mention their awesome towers!
They were trying to make multiple levels, like the floors of a building. 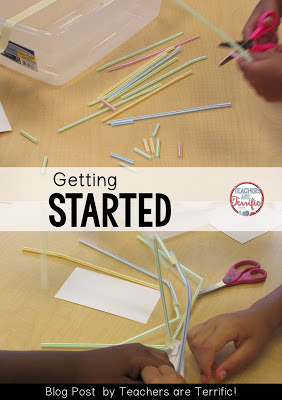 I very quickly also noticed that these kids knew how to insert straws inside another straw to connect them! Is this something kids just know how to do? They combined straws and those cards in some interesting ways! 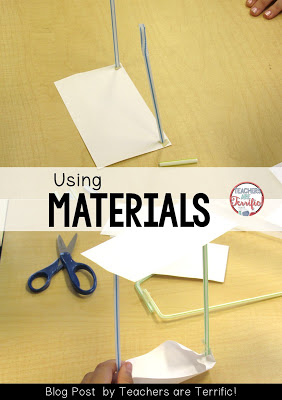 One of the biggest problems I saw was in getting the structure to stand up. In one of the photos above you can see a team that tried to use the card wrapped around their straws as a base. We all laughed because it did resemble a canoe. But, it also worked!
They were also not inclined to tape their tower to the table. The first question my big kids always ask is, “Does it have to be free-standing?” The littles tried to build without taping the tower down until I suggested it to a group and then they all caught on to using that technique. I mean, really, a skyscraper is attached to the ground!

How Tall is a Tower? 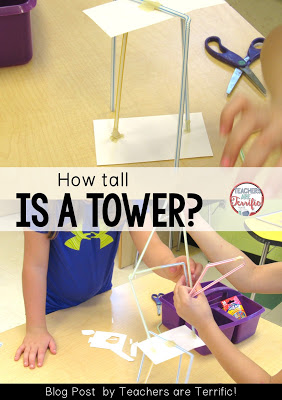 This is a question even my big kids struggle with! What is the height of a tower? How tall does it have to be? My big kids want the tallest possible and will go to great lengths to just keep adding to their structures so they will have the tallest in the class!
The second graders were not much different from my older students. They wanted a tall tower, too.
We stopped working several times to talk about not striving to be the tallest, but instead focusing on getting a standing tower!
Incidentally, the towers my first graders built one day had the opposite. The first graders were more worried about making the structure and creating the “story” behind it!

How do you get the tower to stand up? 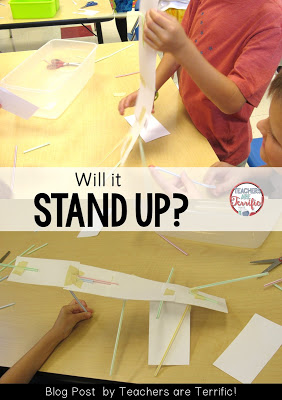 And, speaking of standing up….. who knew that index cards could be so heavy that their towers would topple over. They did and the kids were a little frustrated. I, however, find frustration to be a great thing. That’s how you learn to persevere! 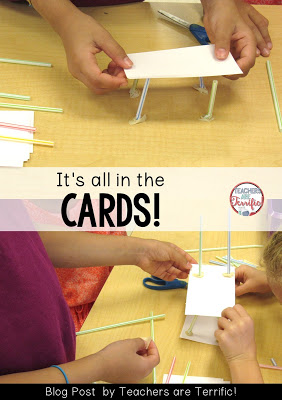 Using the index cards as the floors of a building proved to be a great idea and many groups were successful with that idea.

Now, go all the way back to the top and look at that first photo.
The group in the photo wanted to add the index card in the middle so their tower would look like the Eiffel Tower. I helped by suggesting they cut little notches in the cards to go around the straw legs. When I came back in a minute to see how that was working they were actually trying to cut notches in the straws to insert the cards in!
Which is fairly brilliant.
And also a little hard to do!

They ended up taping their deck in the middle of the Card Eiffel Tower!

Materials: 5 index cards, 15-20 straws, tape. Build a tower!
Super simple and they had a great time!