Top
Looking for STEM for One Resources?
Click Here!
Just in time for the spooky month of October!
I started a seasonal series of STEM challenges back in January, which seems so long ago. We have had a blast creating and testing these- especially with this latest trio of October fun! 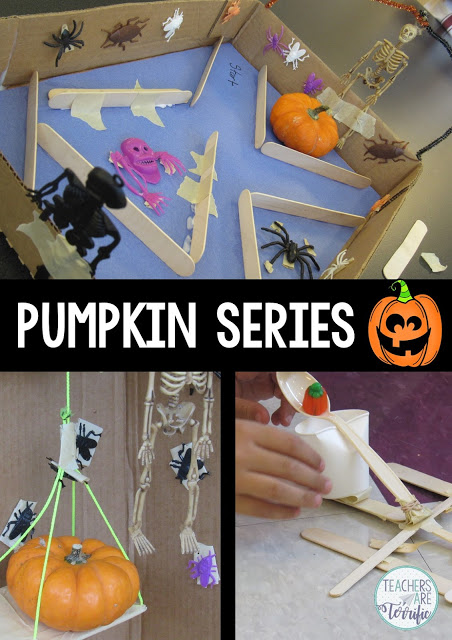 So, here’s an update on this trio that is now complete! 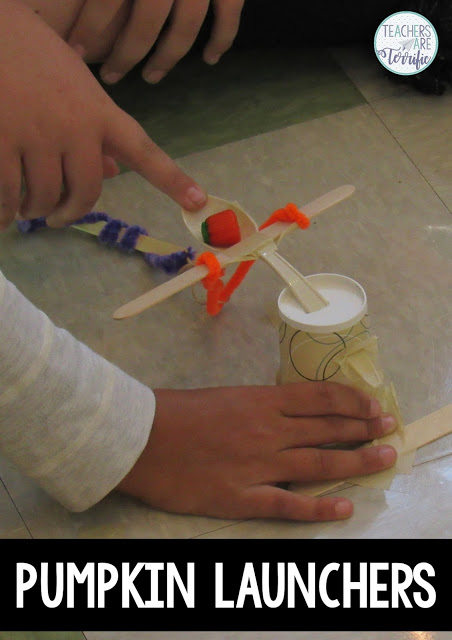 We watched a really quick video about Punkin’ Chunkin’ and then designed our own. I did discover that the paper cup was a perfect flexible material that the little catapulting systems needed. 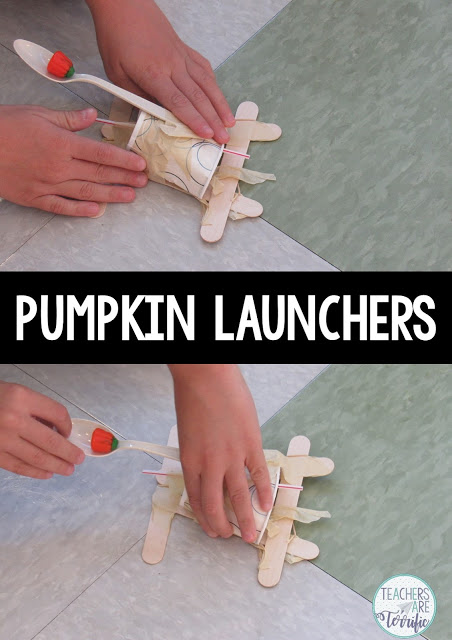 The tiny pumpkins are candy from the dollar store!

Next, how about Haunted House Mazes! 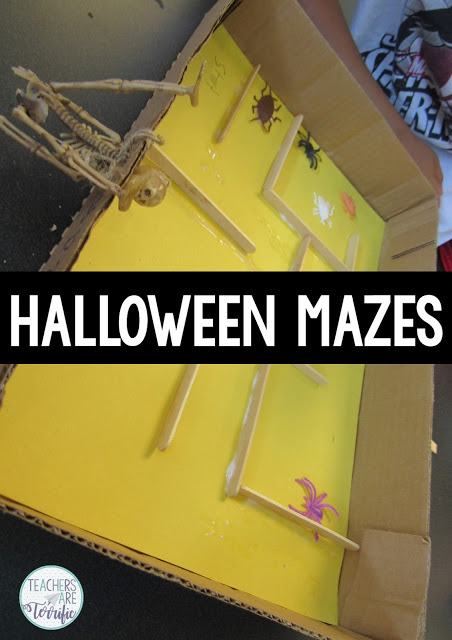 I have built several different versions of mazes with STEM lab kids, but this one turned out to be a favorite. I think it had something to do with all those creepy crawly bugs and plastic skeletons!
Take a look above at the plastic roach…. it just looks way too real, which made these mazes really fun! We used a ton of white glue and then had a blast trading mazes and making them work! 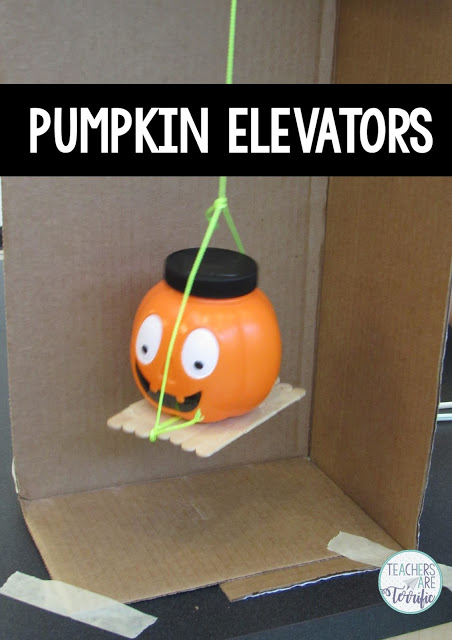 I had a vision about this one and wanted to have kids use a box and make an elevator. The box turned out to be in the way so we cut them in half. That still gave us a place to create the elevator and it worked great!
The first test class had no constraints on how to make the elevator work and they made theirs very quickly so for the next classes I made the rules tougher. They had to have a working crank! With a handle!
We tried fake and real pumpkins and loved making these!

Exactly what are fake pumpkins? 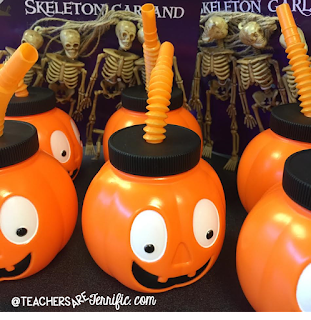 I know– they are seriously cute! This is what we started with in our pumpkin events! I wanted miniature real pumpkins, however, the stores did not have these yet. So, I trekked off to the dollar store and found those plastic drink bottles. They didn’t weigh enough so I filled them about halfway with sand. I also took the straws out and double taped the holes. In the background of that photo, you can see a skeleton garland that was also a spectacular decorating item. Here’s another idea: When I taught third grade our students had a unit on the skeletal system and we learned the names of about 25 common bones. I had sets of those plastic skeletons that the kids used to practice their bones!
Anyway, after we started working on this challenge I found the tiny pumpkins I wanted! 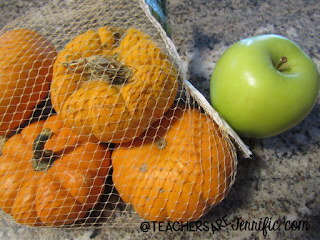 So, these are just for Halloween and the month of October, but could they be adapted to other times of the year? Absolutely! Use apples instead of pumpkins in the launchers. In the elevators lift an elf at Christmas time. Decorate the maze for Valentine’s Day! Endless possibilities! Have fun!

Can you guess the STEM Lab rule being modeled in t

A perfect challenge for the beginning of the schoo

Here is another STEM Lab rule being modeled! This

Busy comes in many forms, doesn't it! I am a relen

Here is one way to display your STEM Lab rules- do

Ten STEM teacher hacks on my blog- which one is yo

So simple and yet a powerful message- your prep is

Just a sneak peek at posters all about teamwork! S

Another great teamwork quote- the letters are stap