Top
Looking for Christmas Resources?
Click Here!
Do you ever read a book that makes you sit very still and turn the pages- hoping that it all turns out all right? I think about this like I am watching a movie and covering my eyes so I don’t see the surprise coming. But you just keep turning that page…..
You are going to love the selection in this month’s book reviews! 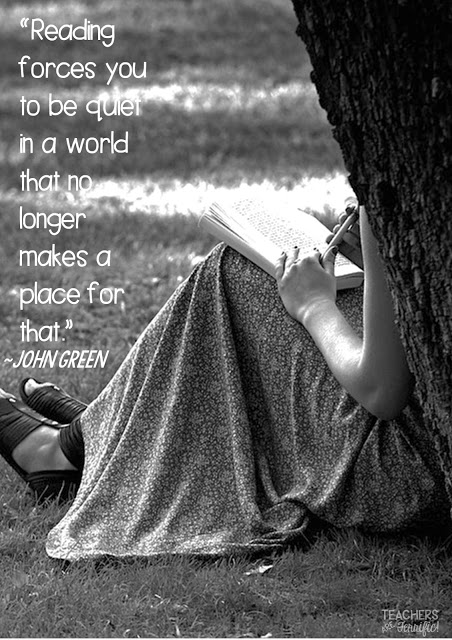 Oh my goodness, I love this author. In this book you meet Clementine and her husband, Sam, their neighbors, Erika and Oliver, and more neighbors, Vid and Tiffany. Very quickly you learn that something has happened at a barbecue, but there aren’t any details about what it might be. The chapters alternate between the day of the barbecue and the weeks before and after it.
The back stories of the three couples are told in delicious gossipy details and make the book quite interesting. To be honest, and I know if you read reviews of this book you will find this information, the teasing quality of what-on-earth-happened-at-the-barbecue will drive you crazy. Like ‘nutso’ crazy. Like you put the book down because it makes you mad. There are some subtle hints along the way and you will begin to piece it all together. Some will say that makes this book predictable and others will say they knew what was going to happen early on. I did think of a few ways it all happened, but I was still a little surprised at the turn of events. The only thing that was a little too cheesy for me was the backstory of the neighbor Harry. His part was somewhat contrived. The mystery of the barbecue is solved and you are left wondering what all these people will do next!
Overall, I loved this book and would recommend it!

The Devil’s Punchbowl by Greg Iles

This is book 3 of a series about a lawyer-turned-writer named Penn Cage. If you have read the first two books you know this is going to be full of dramatic twists and turns as Penn solves the mystery. In this book Penn is now the mayor of Natchez, Mississippi and quickly finds himself embroiled in a riverboat casino mess. The owners of the casino, led by a Chinese person that you will never meet in the book, are involved in prostitution, dog fighting to an extreme degree, kidnapping of dogs and cats (for the dog fighting), and then murder. That is how Penn gets in the middle of it.
The murdered person contacts Penn (before he is murdered) to tell him about the shenanigans going on with the casino and he is collecting evidence that he wants Penn to use to stop the illegal mess. Unfortunately, he is caught and killed, and then Penn is threatened by this mob since they believe the murdered person has passed on information to him. You get the drift, here! Penn, as it happens, knows some pretty talented people and he calls in his reinforcements to help solve this whole dilemma.
WARNING: This is not a chick book. The author describes things in fairly vivid and graphic details and he tends to be somewhat violent. I just skim those parts! Overall, I would recommend this book if you like mystery, murder, complicated solving of cases, page-turning action, and improbable circumstances. I would read the first two books of the series first, however!

As Good as Gone by Larry Watson

The setting is 1963 and Calvin Sidey is living on the prairie working as a ranch hand (think cowboy) and pretty much has the attitude that differences can be settled like the old-west days. He’s not afraid of conflict, confronting people, or resorting to violence to make his point. Entering this picture is his son, Bill, who travels to ask Calvin to come to his home and take care of his teenage children while their mother has surgery in another town. Calvin agrees.
Once he arrives in the town he abandoned many years before, including leaving his children, Calvin settles in as the gruff grandpa that continues to roll his own cigarettes and tend to matters in his own way. Those matters include renters that need to be evicted and he handles this with threats, a boyfriend of the teenage granddaughter that is abusing her and I won’t tell you what Calvin does about that, and the angst of the teenage grandson that is being bullied. There’s also a neighbor that Calvin gets involved with and the back story of Marjorie’s surgery. It’s a complicated, but simple little story, beautifully written.
Would I recommend it?
Hmmmmmm…… I guess that’s your answer.
To be honest I skimmed a lot of it. Too many details that I didn’t find relevant to the story, which I just wanted to get to. I wanted it to be great book, but I would have to say it was just a good book- and I skipped about 100 pages.

All is Not Forgotten by Wendy Walker

This one was a top pick from Amazon and that’s why I ordered it.
It’s the story of Jenny Kramer, a teenager that is viciously attacked and raped after a party. The attacker gets away and her father becomes obsessed with  finding him. Jenny is given a treatment that supposedly erases her memories of the attack, but not the fact that it happened. After that you begin to encounter a large number of people that are part of the story. The narrator of the story is a psychiatrist that is treating Jenny and her parents. He sees all three of them….. think about that. Seriously, when one of them tells Alan something, how can he not use that information as he is talking to either of the other two? What could he do with that information?
As the investigation into the rape continues a witness says he saw a man walk into the woods on the night of the party and that man had on some distinctive clothing. Imagine what Alan does when he comes home to find his wife holding that article of clothing- that just happens to belong to his son. This book has all kinds of twists and turns! It was a page-turner and the ending was not what I expected at all.
Yes, you should try this one.But, here are some things to think about:

The title of this one caught my eye and then I realized who the author was, so I bought it. If you have missed any of Sharon Creech’s books GO GET THEM NOW! Start with Pleasing the Ghost, Love That Dog, and Hate That Cat. Those three books were ones we read in my third grade class every single year.
So, what about this one? Moo!
You will notice immediately that it is written as prose, poetic style, with an interesting use of fonts and words arranged on the pages in vertical lines sometimes.
The story is about Reena, age 12, and her family. She has a little brother named Luke, and her parents are in need of new jobs, so they move to Maine! Quickly Reena and Luke meet a neighbor, Ms. Falala and her group of odd pets, a cow names Zora, a cat, a pig, a parrot, and a snake. The kids do chores for Ms. Falala and slowly Reena begins to work with Zora to train her for the county fair. Some neighborhood kids help her with the training.
It’s a sweet, sweet story of friendship, a stubborn cow, and the wisdom of an older lady that helps the children as they learn about Maine and their new lifestyle. The ending will make you cry a little. It’s a beautiful little book and one I read in about two hours. This would make a fabulous read aloud story but only if all the students had a copy so they can see the way the words dance across the pages!
So many twist and turns, but definitely page-turning fun. Reading makes you sit still, forces you to be quiet, and sometimes makes you cry. I love reading and books!