Are you ready for this? Brace yourselves! What would you do with ten tons of pencils you don’t need? We built stuff. Don’t worry- the pencils were not wasted! It’s the great Pencil Challenge extravaganza! 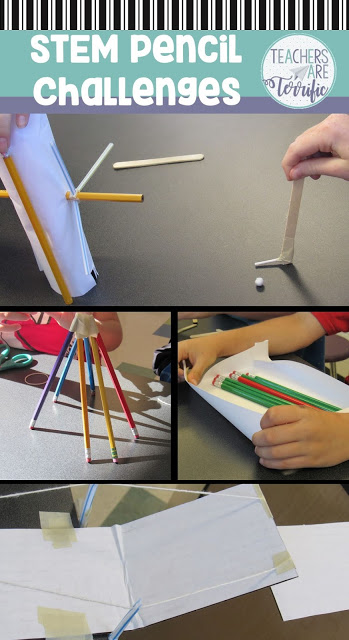 Okay, full disclosure here! I am a teacher.

Why wouldn’t I need pencils?So, let me explain (and I know I begin a lot of posts with those same words). But here’s the scoop anyway: I have a LOT of students- like 350+ and we go through pencils like nobody’s business. I sharpen them endlessly. They break. They have no erasers, and it is purely not fun. So, this year I stood at the school supplies and stared at packages of pens. Yep, ink pens. For less than $5 I had enough pens to last the whole year. They don’t break. You can’t take them apart. I don’t have to sharpen them. PROBLEM: I have ten tons of unsharpened, brand new pencils.So, I had to invent things to build with them. (NOTE: These pencils were not ruined and we did not throw them away. We took the structures apart after finishing these challenges and either used the pencils in the lab or donated them to another classroom!) 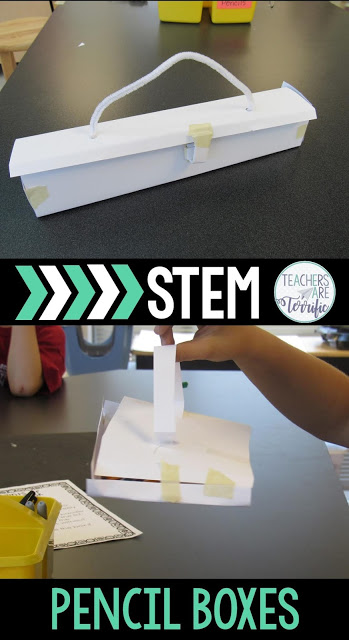 One of the rules for this one was that the box had to fasten closed. Look closely at that top photo. Can you see the hook closure that team made? Genius- they told me it works like a purse. The bottom one used tape. 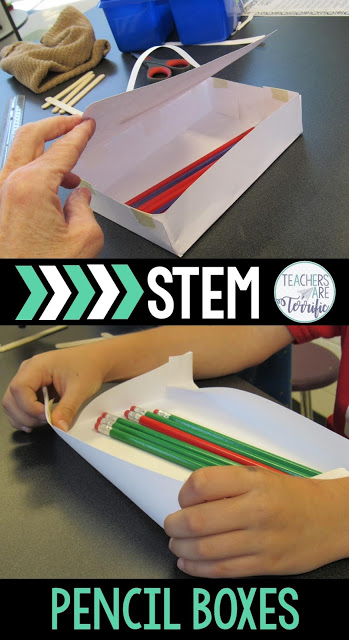 The boxes were all shapes and sizes. They had to hold at least six new pencils and needed a carrying handle. We also had to talk about why you would need to build your own pencil box. Most kids said you might need a new one of yours broke and you were afraid to ask for a new one because mom had already spent so much money on school stuff. Kids are great!

Challenge 2 was Building a Drawbridge! 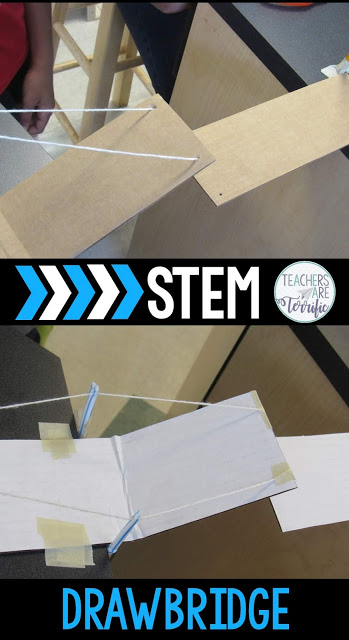 This is going to be one of my personal favorite challenges. The bridge had to cross a gap and open like a drawbridge. This turned out to be more challenging than the kids expected. They had lots of problems to solve- including the bridge sagging in the middle! 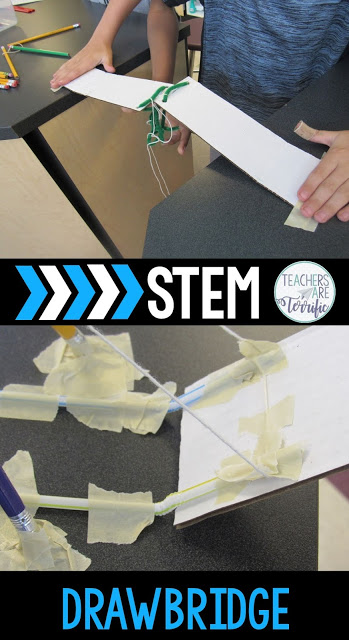 This has its own section because I saw so many brilliant ways kids solved problems with this bridge.In the top photo, kids used pipe cleaners to hold the middle of their bridge together. When they pulled to open it the pipe cleaners somehow spread apart. In the bottom photo, kids used the bendy part of the straw to make the opening span of the bridge hinge! Genius!

EVEN MORE about the Bridges

You have to watch this video! 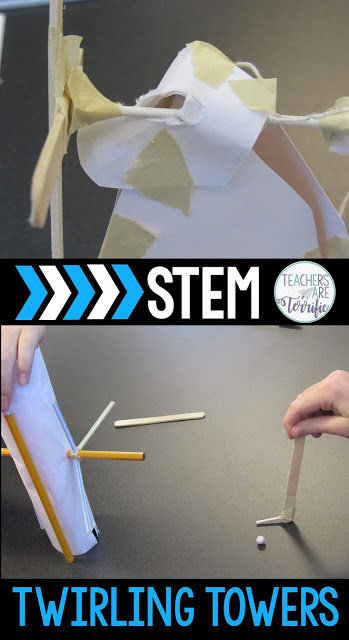 In this one kids had to build a tower that had a part that twirled. The creative part of this one was to invent the reason for the twirling part! Two things in the above photos. The top photo is a close up of how the kids solved the problem of not twirling. They had attached the twirling device and it wouldn’t move so they altered the top of the tower by making a hole. It twirled perfectly after that. The bottom photo is just the best ever! It’s a windmill at a mini-golf course. The windmill twirls to keep the golf ball out. The team made the gold club from a craft stick and Q-tip stick. The golf ball is the fluff from the end of the Q-tip! 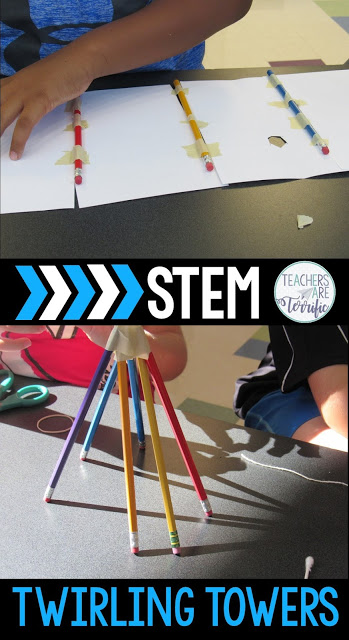 Pencils were used in so many ways in all of these challenges! They turned out to be a perfect building tool! Try it! 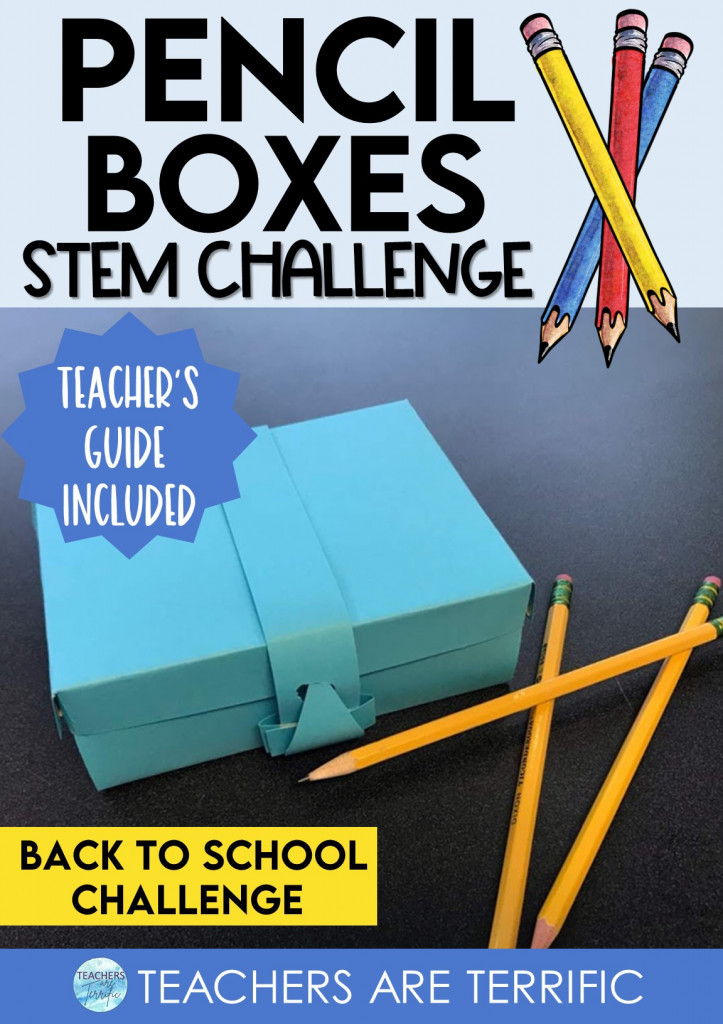 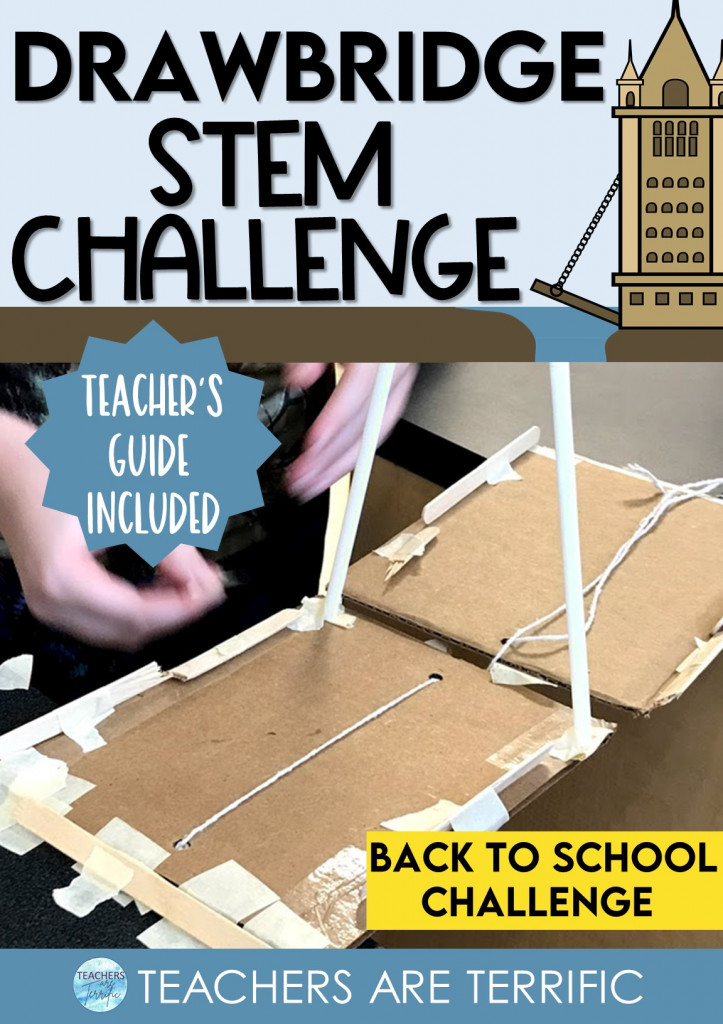