Top
Looking for FREE Resources?
Click Here!
After a few years with upper elementary grades, I am in the midst of a new adventure! I will now have first and second graders! Oh, my! Let’s just say this is a tad scary…..
But, a few surprises came my way during the first days with the very smallest engineers. 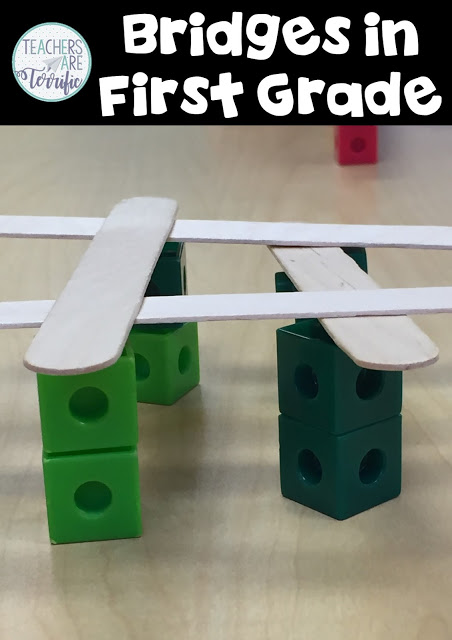 I really wanted to dive right in with a STEM building event because I knew these little engineers would not sit still and listen for as long as my big kids. So, we watched a “Crash Course” video about Engineers which included a photo of the Golden Gate Bridge. This gave us a good way to talk about bridges and then kids went to their tables. Each child had ten counting cubes and four craft sticks. All I told them was, “Build a bridge.” I did not tell them each one of them should build the bridge, but that is what they did (and it’s what I expected.)

Here are the things I didn’t expect! 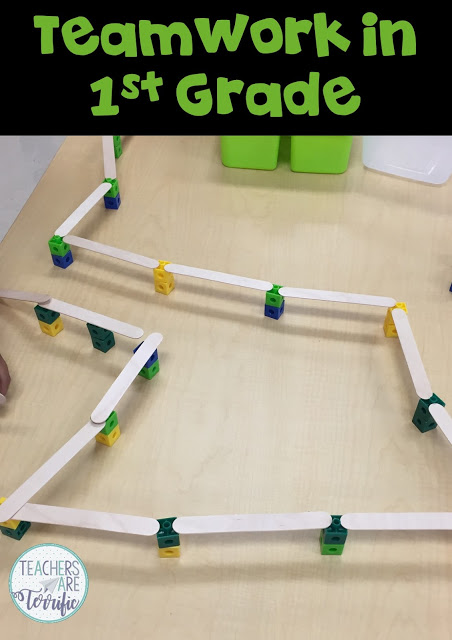 After each student built their individual bridges and we shared them, I then asked them to put all their materials together and build one big bridge. Some groups actually cheered when they discovered they would be able to join the materials! Look at the photo above. That group actually talked about what jobs each would have,

“You be the snapper and I will be road layer, and then Carlie can straighten it when it gets crooked.”

It was fairly amazing to see the kids work together and talk about what they were doing!
Keep in mind, I allowed them to EACH build a bridge first and then build one big bridge. This is something to think about as you move forward. This age group seems intent on building their own structure, I learned to allow this for a few minutes and then create the instructions for building a group structure.

Could they use the materials effectively? 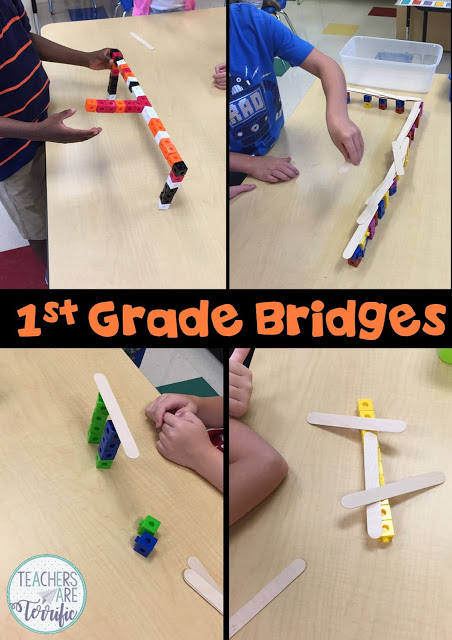 Another unexpected thing! I had no idea if they could build a bridge with those wonky materials, but just look at that photo. Another thing, you would think that all their bridges would look alike since the materials are so limited. But, they built amazing little bridges with ramps and turns and extras- extras like a team that built a boat to go with their bridge! 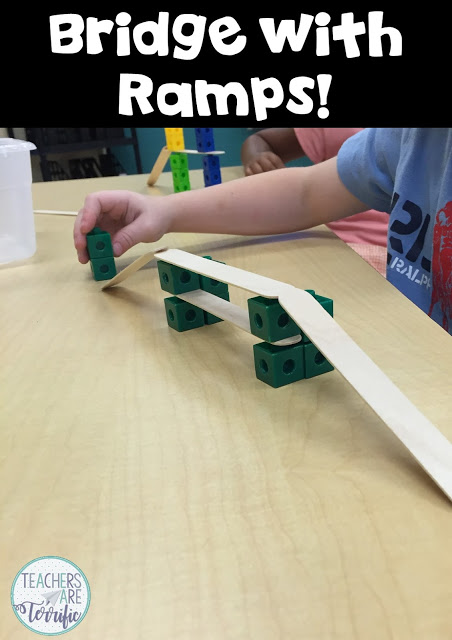 Speaking of ramps! Yes, there were some groups that made ramps because,

“You have to drive up on the bridge!”

There were some kids that used extra cubes to hold the ramps in place since they did tend to slide.
Some even had ramps right in the middle of their bridges and when students pointed out that the ramps in the middle would lead straight into the water I heard this, “Well, you know, bridges don’t have to be over water!” 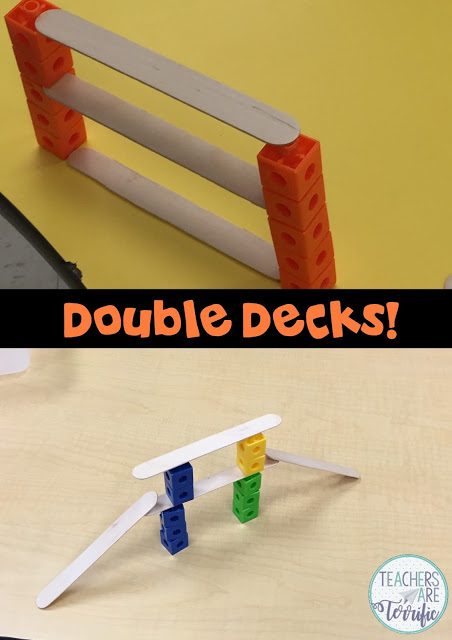 Some kids wanted a double-decker bridge with stacking roadways. The bridge in the top photo shows what kids did often. They pulled apart the cubes and slid the craft stick between cubes to hold it in place. Y’all these are first graders! I thought that was really clever!

Best of all- total engagement! 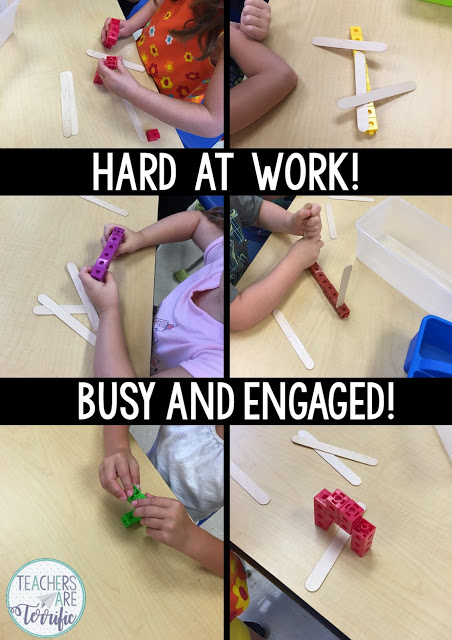 Total engagement! I knew this! I have STEM with upper grades and they are always almost 100% engaged with tasks. The little engineers were, too! They talked about the task, they solved problems when things would not stay in place, and they rebuilt when they got knocked down. They were fabulous!
This was the easiest little opening challenge and the first graders taught me a lot! I taught them what the word precarious means! (As in Don’t Bump the Table!)