Top
Looking for Summer Resources?
Click Here!
Do you ever read the end of a book and put it away only to find yourself later still thinking about reading it? Then you realize you finished it. When this happens to me I still think about the characters and miss them. I miss reading the book. These are the best books, aren’t they? Here’s some I read recently that I can recommend to you! 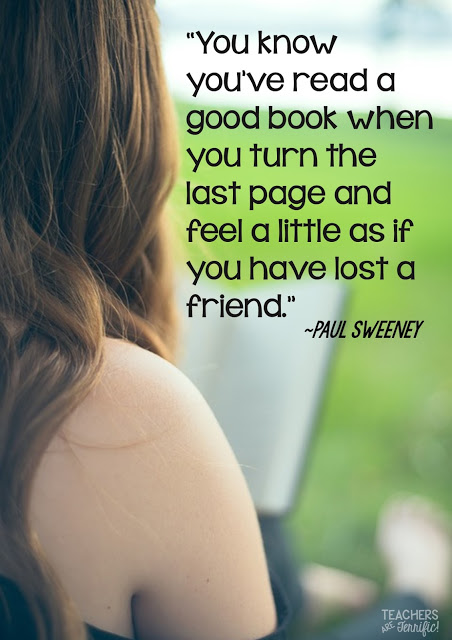 This is by an author compared to John Grisham. This book is one of a series about Penn Cage- a lawyer turned writer- that returns to his home in Natchez, Mississippi with his very young daughter. In the first book, I read in this series his wife had died and he then found himself embroiled in solving a decades-old civil rights murder mystery. In this book,  he is involved in solving the murder of a teenager from the local high school. The story involves more murders, drugs, an exchange student from Croatia, and Penn’s best friend, Drew. Somehow these are all tangled together. Penn is helped in solving the case by his babysitter, an old friend, his father, and a few other people. I enjoyed this book- definitely a page-turner! It’s a fast-paced and a jam-packed with action kind of book, which I like better than normal chick books.
Now, having said that, it is quite graphic in the details of some of the things that went on with the murders and the way high school students deal with one another. I did raise an eyebrow a few times and wondered how true to real life this all might be. But, considering that we all have read Harry Potter I think that’s hardly a reason not to like a book!
Anyway, it was a good read- if you like investigative or lawyer style books! (But read the first book before you read this one- It’s called The Quiet Game.)

So Much for That by Lionel Shriver

This book was on my list for a long time and I finally found it in my favorite second-hand store. It’s the story of Shep who has just purchased one-way tickets to an island in Africa and has plans to move there for retirement, never to return to the USA. When he informs his wife, Glynis, she simply says, “Well, I’m going to need your health insurance” and then proceeds to tell him she has mesothelioma.
In the next few chapters you learn about her diagnosis and then she undergoes surgery. It turns out that this specific type of cancer is difficult to deal with, the surgery is hit-or-miss, and response to chemo is also not good. Glynis battles for her life as Shep takes care of her. It also turns out that she may have gotten this cancer from exposure to asbestos. As the two main characters deal with this, Shep’s retirement money flies out the window.
There’s another story line about Shep’s best friend Jackson. The story is somewhat amusing- Jackson decides to have a certain body part enlarged and the doctor he sees for this makes a mess of it. This, of course, changes Jackson’s marriage drastically. And, eventually, this problem Jackson has comes to a tragic conclusion. There are other characters woven into this story- Shep’s sister that asks for money constantly. Shep’s dad who is in need of elderly care, Jackson’s disabled daughter, and Shep’s boss. There is also a lawsuit to be dealt with.
There were parts of this book, to be honest, that I skimmed through. There are a lot of back-stories that I did not find interesting. The heart of the story, however, comes down to the care that Shep provides for his wife and how it is handled in the end. It turns out to be a beautiful story.

Whiskey and Charlie by Annabel Smith

Fabulous book! I was hooked from the very first page and read all of it! (I often skim books that have long yucky passages!)
This is the story of Charlie and William, identical twins, that adopt a walkie-talkie type language as youngsters. They soon learn the NATO phonetic alphabet- Alpha, Bravo, Charlie…. and William is dismayed that his name is not part of the alphabet. Hence, he becomes Whiskey. Charlie is often (practically always) overshadowed by the more outgoing popular Whiskey and grows increasingly resentful. Their estrangement continues into adulthood until a tragic accident leaves Whiskey in a coma.
The chapters alternate between their childhood and present-day as the family continues a vigil at Whiskey’s hospital bedside. It was about mid-way through the book that I realized that the chapter names (Alpha, Bravo, Charlie… actually had something to do with the story unfolding in each chapter!)
Spectacular book! I loved the story lines and things are revealed throughout that you don’t expect- including the way it ended. You need to read this one!

This book’s cover proclaims it to be the perfect summer beach read and although I don’t normally like chick lit, I thought I would try this one.
The book opens with meeting Cat, an alcoholic young woman that is struggling. You quickly learn her story- a cruel father and a mother that was chronically depressed. The story switches then after her father’s death and her mom begins to tell her a secret.
Interwoven into her mom’s revelation you learn about mom’s early life. Mom, named Audrey, married Richard and moved to London. Richard was not a pleasant person, and after a few months, Audrey returned to the US, to Nantucket, to help her aunt Judith organize a home for sale. There Audrey meets Brooks. Brooks, it turns out, is part of Audrey’s secret. When this is revealed to the daughter, Cat, it also sends Cat to Nantucket to meet Brooks and his family. The meeting is a huge disaster.
Eventually, the story delves into Cat’s struggle with overcoming alcoholism and the meltdown of her own family back in London. She does return to Nantucket and the book ends with all the things that happen there.
It does turn out to be somewhat predictable (like all chick lit books), but I did stick with it. Most definitely, you will learn a lot about AA meetings and alcoholism. This would make a perfect beach book (like the cover says) because it’s light reading and you will not think about it for days afterward.

Oh, my.
This is the story of Joseph an eighth grader, 13 years old. After some trouble with a juvenile center, Joseph is taken in as a foster child with Jack’s family. There Joseph learns to do farm chores as he struggles with his past. This includes the fact that he has a daughter- named Jupiter. Yes, he is 13. So, was the mother. Little by little Joseph’s story is told- abusive father, never cared for, and when he meets Maddie things change. He loves her, despite their ages and improbably she has a baby. Joseph attends school with Jack and they have several encounters with bullies that create a touching and brother-like relationship. I won’t reveal what happens eventually, but this tiny little book will startle you in many ways. The ending was a surprise.
Now, you also have to totally get past the fact that two 13 year-olds became parents, but here’s the main thing I loved about this book. There are no vivid details about these events. When there are adults or kids that are speaking profanely you never see their words. The author just tells you that words not fit to be heard are being spoken. This is a young person’s book for sure, but a very clean and appropriate one. I don’t think it would be one I would recommend to elementary age kids!  But, for you, I would highly recommend this little book (75 pages). It will stay with you for a while.
There you go reading friends, five new books for you to try! Some of them may stay with you for while- you might even miss them!