“There is no such thing as too many books, there’s just not enough time.”

And, of course, there are also not enough shelves to hold all those books for me. With these dilemmas in mind, how do you choose books to read? I read reviews! Sometimes reviews lead to me to pick a different book and sometimes I try them even though the review says not to! Think about that as you check my reviews today! 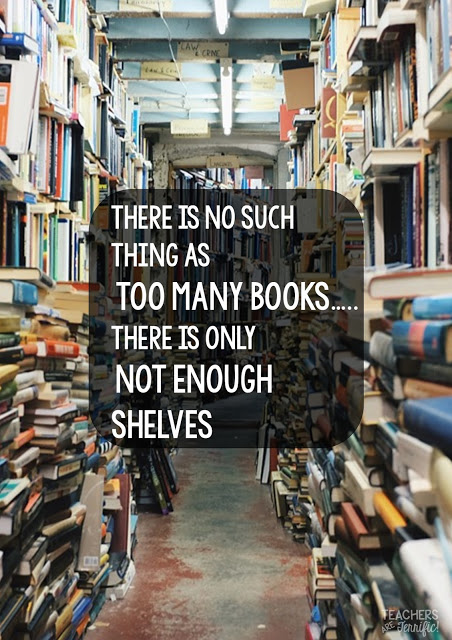 This book.
Wow.
I resisted reading it for about two months after I purchased it because it is 600 pages long. But, y’all I read it in 3 days. It’s a fast read and it’s that good. This is the story of Otto and Friedrich and Mike and Ivy- all of whom are woven together with a magical harmonica as the thread that binds them. The book opens with Otto stumbling upon 3 sisters in the forest and he quickly learns there is a prophecy and a mystery to solve.
You then move into Friedrich’s story which takes place in Germany during the Hitler years. Friedrich has a wine stain birthmark that factors into his story and he and his dad both work at the harmonica factory. When they have to flee Germany because of the death camps Friedrich’s prize harmonica is sent in a factory shipment to America.
Then you meet Mike and his brother Frankie, orphans from Philadelphia. They are taken in by a widowed woman as part of her inheritance and they are chosen because of their musical abilities. Soon after moving to her home the mysterious harmonica is purchased for them. But, will she adopt them?

Will they make it out?

Last you meet Ivy, a child of Mexican heritage living in California. She plays the harmonica beautifully. Her story also becomes entwined with the war since the attack on Pearl Harbor has just happened. She and her family live on property owned by a Japanese family that have been sent to internment camps as suspected Japanese spies.  What about Ivy’s brother who is fighting in the war in Europe? Will he survive?
And, in the end, the characters and their lives overlap in a heart-touching and beautiful way and in the midst of it all is the harmonica. You will love this book.

Calling Me Home by Julie Kibler

Calling Me Home begins as the two main characters set off to travel to a funeral. The elderly character, Miss Isabelle, is being driven cross country by her maid, Dorrie. As the journey begins each of them reveals their life story and how the two are connected. As a young girl, the wealthy and somewhat spoiled Isabelle, had African American maids. This was in the 1930’s when segregation still existed and the maids and workers in Isabelle’s house had to return to their own homes before it got dark outside. A sign at the edge of the city even declared,

“Don’t let the sun set on you in Shaleyville.”

(Incidentally, a sign that read these precise words once stood in a nearby city right here in Alabama- near where I live.) As the journey continues Isabelle reveals that her house maid had a young son named Robert and Isabelle fell in love with him. The two became involved which led to a marriage and pregnancy and then Isabelle’s family intervened. What follows is a complicated story of misunderstandings, betrayal, and fierce love between family members and friends. The ending was not what I expected and the reason for the funeral was a total surprise, as well.
This is a fabulous book with an improbable story that will have you cheering for Isabelle and then crying with her. Dorrie’s character is also developed as she tells her present-day story in alternating chapters.


The Whistling Season by Ivan Doig

I read another book by this author, called Last Bus to Wisdom and loved it so much I added his other books to my list and was delighted when I found The Whistling Season at my favorite used book store.
This book opens with Oliver replying to an newspaper ad for a housekeeper for his homestead in 1909 Montana where he is raising three boys. The mom has died and Oliver needs help. When Rose Llewellyn steps off the train she brings her brother Morris, called Morrie, with her and sets out for the homestead. In the next few weeks Rose sets out to scour the home from top to bottom, although she cannot cook. The three boys, Paul, Damon, and Toby attend school in a one-room schoolhouse and get into various escapades- including a hilarious backwards horse riding race. The story really begins when the school teacher runs away with a visiting preacher and Morrie becomes the teacher. Morrie, it seems, is a fount of information, a walking encyclopedia,  and handles the class -from first graders up to eighth graders in spectacular fashion. The chapter that tells about the class spelling bee is priceless.
The students at this school all ride horses from their homesteads to get to school each day. One day Paul is sent to retrieve water from the well and this passage tells about his thinking:

“There were round rims of shadow on the patch of prairie where the horses we rode to school had eaten the grass down in circles around their picket stakes. Perhaps that pattern drew my eye to what I had viewed every day of my school life but never until then truly registered. The trails in the grass radiated in as many directions as there were homesteads with children, all converging to that schoolyard spot where I stood…. everyone I could think of had something at stake at the school.”

Truly profound. In how many communities was this a simple truth? The school was the heart of the community, along with the children. The story continues with this:

“The mothers dispatched their hearts and souls out the door every morning as they sent waist-high children to saddle up and ride miles to school.”

The writing style of this author is rich with details and his use of vocabulary will either be something you like or not. I love that he adds the details, even tiny things that don’t really matter- except to help tell the story, albeit in vocabulary that is often too verbose.  (Like that last sentence!) However, I loved this book!


Hour of the Bees by Lindsay Eagar

The Hour of the Bees is about Carolina, called Carol, and her family. They have traveled to her grandfather’s New Mexico sheep ranch to clean it out and sell it. This is to prepare for moving him to a nursing home as he has dementia. Twelve year old Carol is the babysitter for her small brother, Lu, and helps with a lot of the ranch chores and cleaning the house. Her half sister, Alta, is also with them and provides some comic relief. She is a typical surly, mouthy teenager. In the middle of this is Grandpa Serge. Carol has never met him until they arrive at the ranch and she is immediately intrigued with his story-telling about the old days of the ranch and her grandmother Rosa. The story Serge tells has some magical, mysterious qualities about a tree, bees, and Rosa’s travels.
I really wanted to love this book, but I did not find it to be a mesmerizing page-turner. I skimmed a lot of it- trying to get to the good parts.
I did find this one gem near the end- The family has returned to their home and Carol goes shopping with her middle-school friends. It seems they simply must have new backpacks for the coming school year and the latest fad is a messenger bag. Carol buys one only because all her friends do. Here’s the quote I found to be so true:

“My friends each buy a messenger bag, so I fork over the money, too. We pose in the store mirrors, our bags slung over our shoulders and I think of the sheep at the ranch, how they would stand so close together they blurred into a single puffball. If one of them stood just a little taller, his head would poke out of the collective wool. Then anyone could see him. A coyote. A hawk. Dare to poke your head up, dare to stand out from the crowd, and you risk being gobbled up.”

This was an okay book and you should definitely try it, just to see what the hype is about. You may love it!

This one is just the most hilarious and heart-breaking ever! Written by a high school English teacher it consists of short chapters dealing with all the drama teachers have to face. This includes notes from students demanding that it is okay to turn in papers late because

“it’s beach weekend and I will be out of town”

and parents that make extreme excuses to get their kids out of trouble. Some of the sections are laugh out loud funny and all teachers have those stories to tell. Some sections are just hard to think about because they are so true and so awful. If you are a teacher you will totally get this book. If you are not a teacher you may not get it or it may really open your eyes to the job teachers have.
It’s an easy and quick read! (By the way I apologize for the bad word that is on the cover of the book!) And if you don’t already, you should follow the Instagram account of this book’s author: https://www.instagram.com/teachermisery/

Now, for two I tried that I just could not finish:

This one is a sequel to a book I loved. This one had NOTHING happening. After 100 pages I put it in my give away bag. I did enjoy the first one, but this one seriously had the same characters behaving differently and then they were just traveling and doing nothing. One hundred pages convinced me to move on to something new.

Oh, Judy Blume, how I love you, but not this book. I tried. I actually read about 125 pages and then could not keep the characters straight anymore. The book jumped around from person to person and I could not remember who was related to who and what their back stories were. There were just too many characters. I gave up.
Five books I loved and two not so much! Choose wisely and don’t be afraid to give up on a book or put it back in your next-read stack for another day. Too many books and not enough time for them all!