What would happen if you gave groups of kids the same building materials, but then told each team to build something different? How cool would it be to see how they used the materials for several different structures?

This is an idea that I have been mulling over for quite some time. I wanted to do something that would have each group building something different.

So, I did try this- with mixed results. The original challenge was that each group would use the exact same supplies, but each would build a different structure. This ended up being rather wasteful since some of the materials were not needed for every task (and kids will try to use them anyway!) So, I re-thought it and came up with a brand new and amazing plan! Take a look! 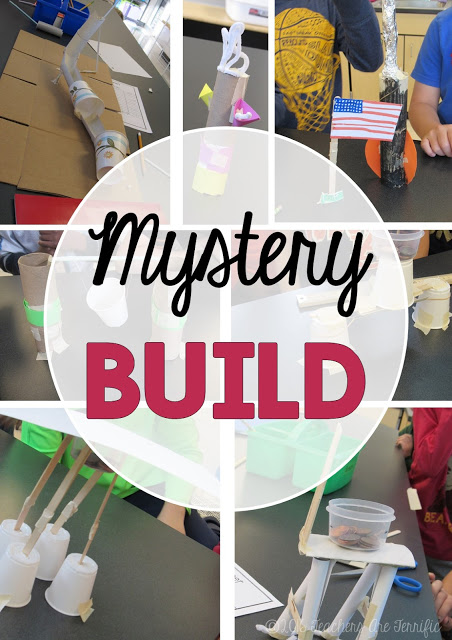 I call it a Mystery Build! Here’s the premise of this one: Each group will receive a task card describing what will be built along with the rules for each task. Then each group gets a price list of the materials that are available. They must decide exactly what they need and stay within a budget.
My third graders LOVED THIS!

First, they received their task cards! 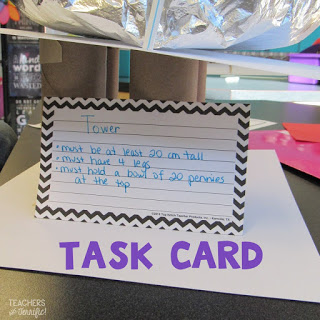 This one is hand written because this was a test class! Later, I made these fancier! 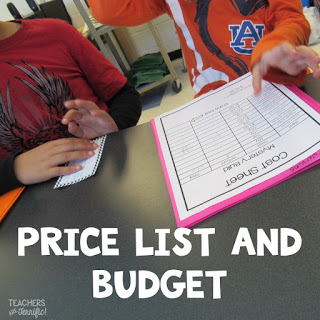 Of course, they had to be mindful of the budget and they could get more materials- only if they still had money left! 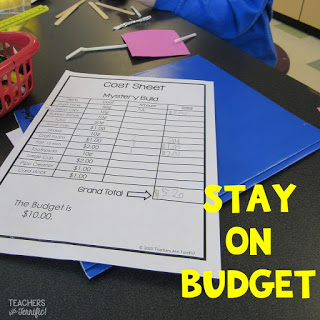 Then they started building whatever their task card said to build.
Just take a look at this deliciousness! 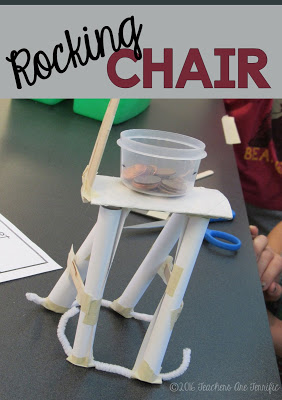 This task was to build a rocking chair that would actually rock. It also had to hold weights! 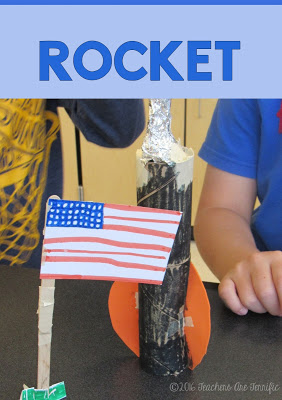 This task was to build a rocket. It had to resemble a rocket. This team spent a lot of time decorating their rocket ship! Look at that little flag! 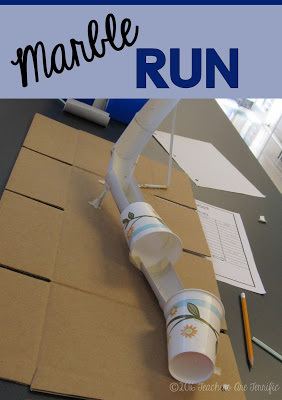 This task was to build a small marble run. So, of course, this team made sure to purchase some cardboard tubes! 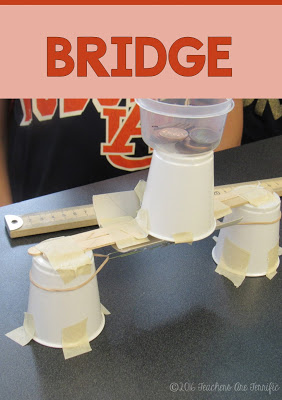 This task was to build a bridge and the span had to be a certain width. 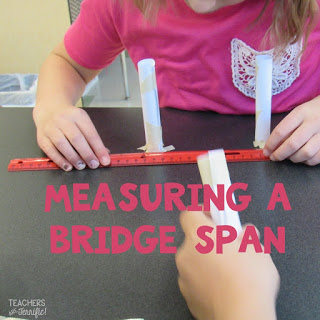 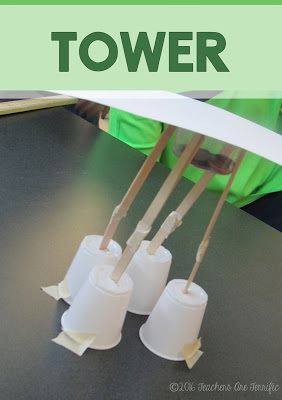 This tower had to be a certain height and hold weight. 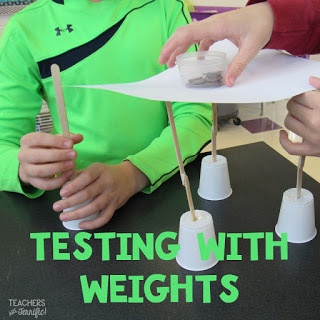 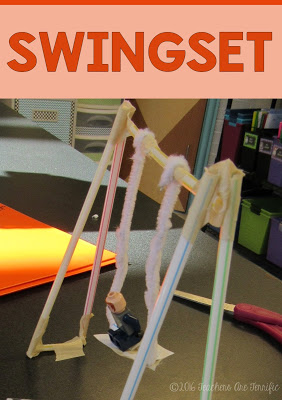 And, my favorite was the swing set- which had to hold Lego man and he had to actually swing!
This was totally amazing fun and made the kids think SO HARD! Choosing the right materials for their task and staying on a budget was really interesting to watch. In the end, we had presentations during which each group shared their specific task constraints and then show off the structure.

Best News for YOU! 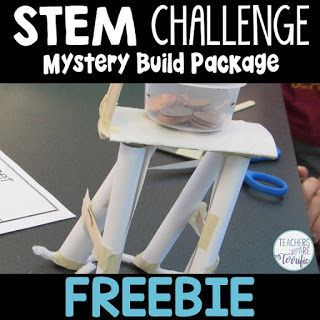