Top
Looking for FREE Resources?
Click Here!
How do you display your classroom agenda? I have an easel right outside my door that lists what each grade level is doing and recently it said.

The kids came in very excited, maybe more excited than I thought they would be. Then I heard a little voice saying,

“I think it’s a football challenge.”

What in the world? They thought Newton was Cam Newton. I quickly explained who the real Newton is and we set off on a week-long adventure into the Laws of Motion! 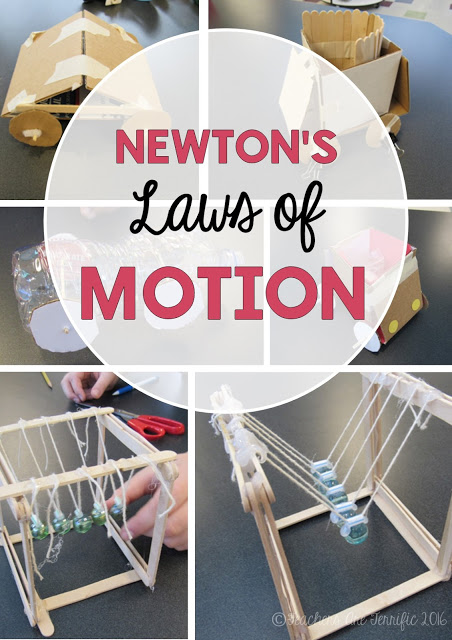 In
this post, for your convenience, you
may find Amazon Affiliate links, which means Amazon passes tiny amounts on to
me- if you purchase something through that link, at no extra cost to you. This
helps keep this little blog running!

Each grade level had a different project!

The littles tackled the Second Law of Motion. Specifically, they explored using a car on a ramp! Would changing the angle of the ramp produce a greater force on the car?
Newton also says that more weight produces a need for more force! Would this hold true for our little cars if we placed something heavy inside them- maybe, like an egg? 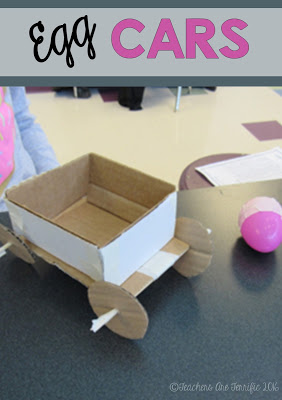 The biggest obstacle with this challenge was in building the car! The car body itself was fairly simple! It was attaching the axle and wheels that created a problem to solve! Great fun! 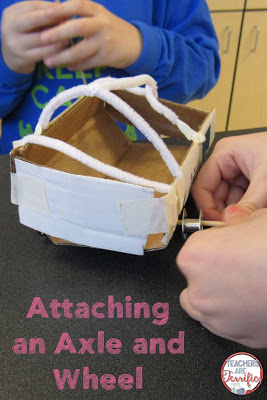 The wheels would sometimes roll and then malfunction. We learned that cutting the wheels out of the cardboard required a steady hand and those wheels better be round! 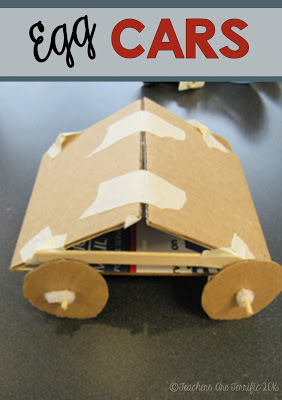 Finally, the cars were tested on the ramps. Some rolled down and some slid down. A few cars overturned and spilled the egg onto the floor! We practiced this with a plastic egg, but in our final demonstrations, we used REAL ones! Only one cracked! 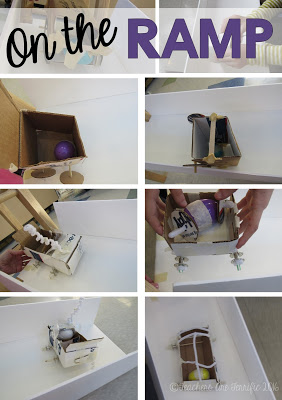 My 4th graders tackled the third law of motion! For every action, there is an equal and opposite reaction. This one also produced some cheering and groaning when balloons popped or fizzled instead of projecting the balloon cars! 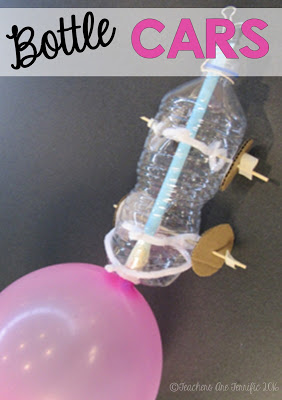 Of course, this one also involved making wheels and attaching the axles to the bottle car body. The biggest problem we ran into with this one is that the wheels were too small to be placed in the center of the car body. The kids learned the hard way to place the axle low on the body of the car! 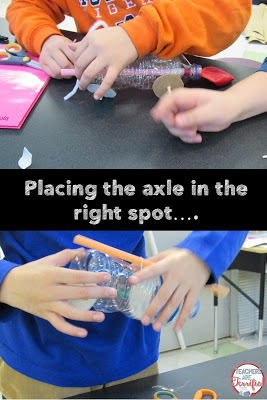 My favorite car was one that the team wanted to be smaller. So, we cut the water bottle into three pieces. They joined the top and bottom for a mini-car! Unfortunately, it didn’t roll very well when the weight of the balloon was added to it! It was cute, though! 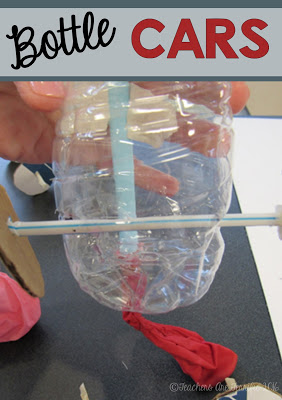 The cars were then raced on a foam track I built. We let every group demonstrate and then we set up side by side tracks and raced. It was quite noisy! 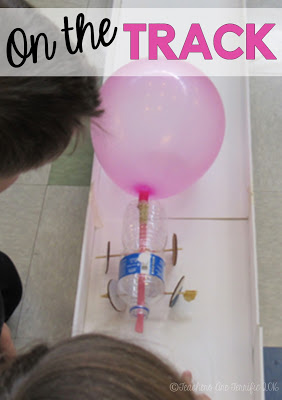 My fifth graders were thrilled about this challenge. In fact, when I brought in a purchased Newton’s Cradle they flocked around it excitedly. They were ready to start building one right then and there! 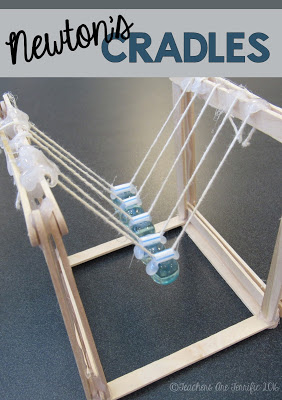 Lots of big problems with this one! First, you had to build a frame. I had lots of ideas for this, but almost every group went with a craft stick frame which was hot-glued together!
You might notice we use a lot of craft sticks in our lab! We use so many (and we do recycle them for new projects) I buy boxes of large quantities, like these:

Back to the hot glue guns! Yep, kids and glue guns…. I amaze myself with this kind of bravery, but y’all they did fine! 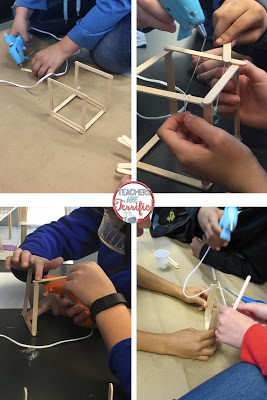 I have strict rules about glue guns and constantly monitor them and they really do use them safely and correctly.
The second big problem was attaching the marbles to the string, but we solved this with glue. The last problem was attaching the strings to the frame and we did this by tying the strings or gluing them in place.
Some finished models are below. Yes, they did work pretty well! 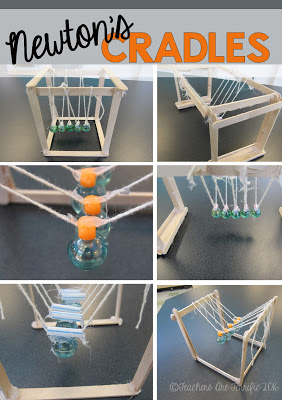 So, what have you been up to in your Science class?
How do you announce what’s on your agenda? My easel is one that shares the week’s projects and other important dates or announcements. The kids love glancing at it to see what we are up to!