Two different tasks.
But…..the tasks connect in the end!
It never occurred to me how challenging this would be and how much COLLABORATION the two groups would need to have. Take a look and you will see what I mean. 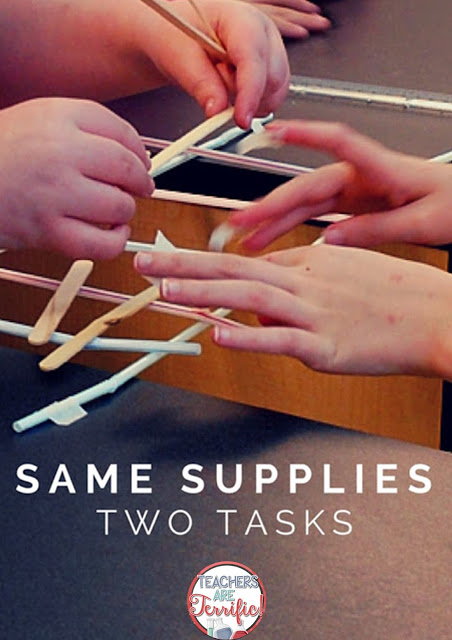 The task for my littles was one group making a bridge and the second group making the tower to place on the bridge. 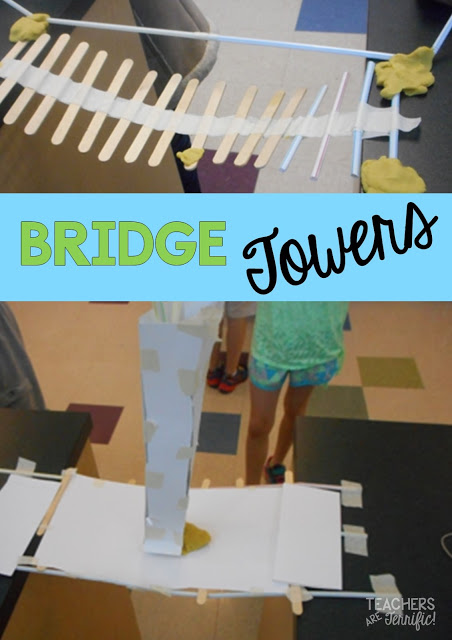 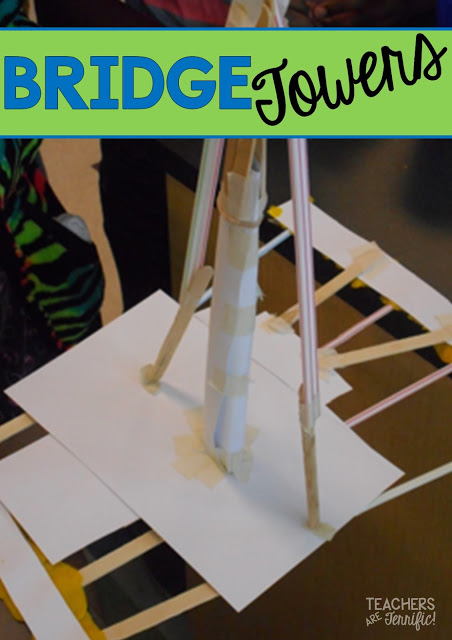 Very quickly the kids discovered if the bridge group did not follow the task rules then the tower would not fit. And the tower group found they would need to consider how heavy their tower was if the bridge was flimsy. It was the ultimate in teamwork.
Read on!

The task for my middle kids was to build a launching device and the target to hit. Okay, well they loved the whole scenario of this because we had a great talk about a certain game that involves knocking down structures with some very mad birds. However, the target building group had the task of building a target that could NOT be knocked down.
Take a look: 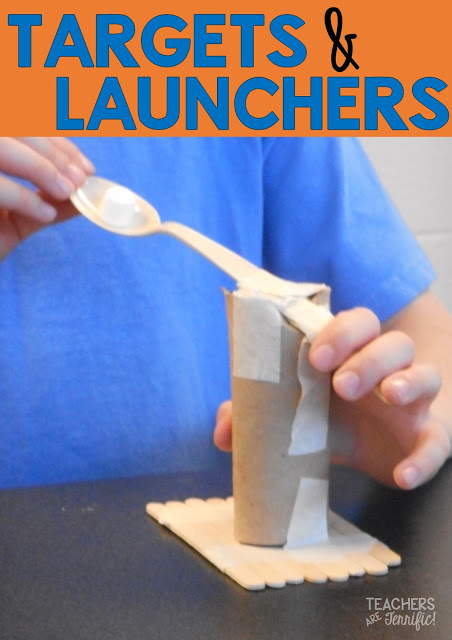 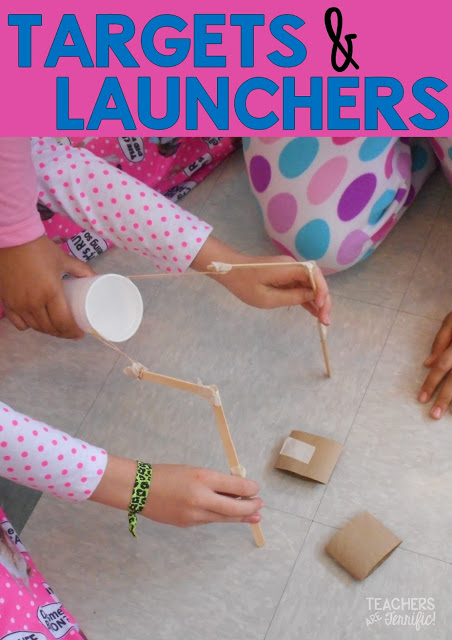 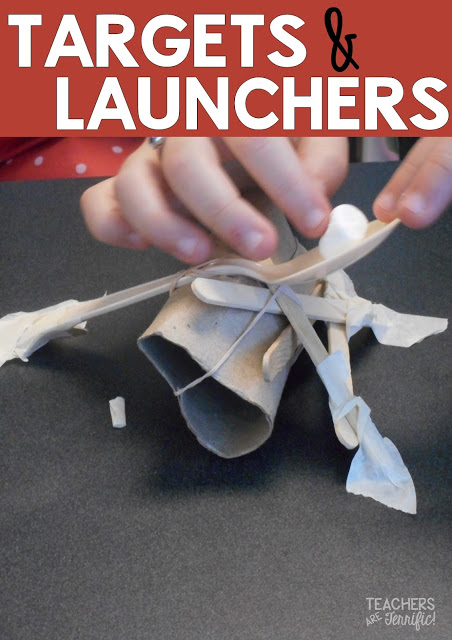 This one was great fun and became very competitive. We hit a lot of targets and did not knock down any. We also learned that a launching device is hard to make and aim! The two groups had to work together to make the target the right height for the way the shooter was working.
There’s more!

I’d have to say this was my favorite because of the genius ideas the kids came up with. Probably because they are fifth graders, but anyway I loved the results!
Take a look: 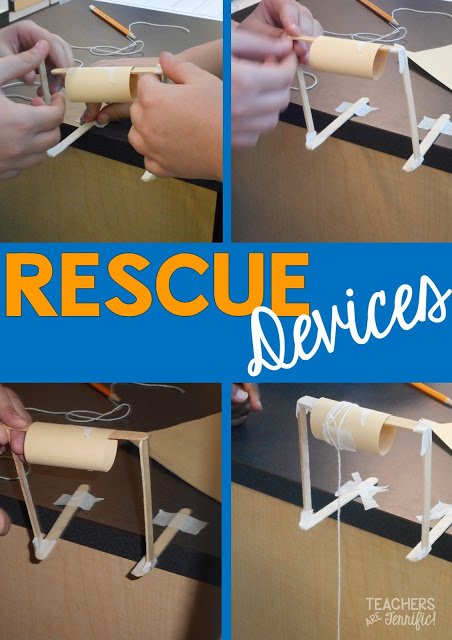 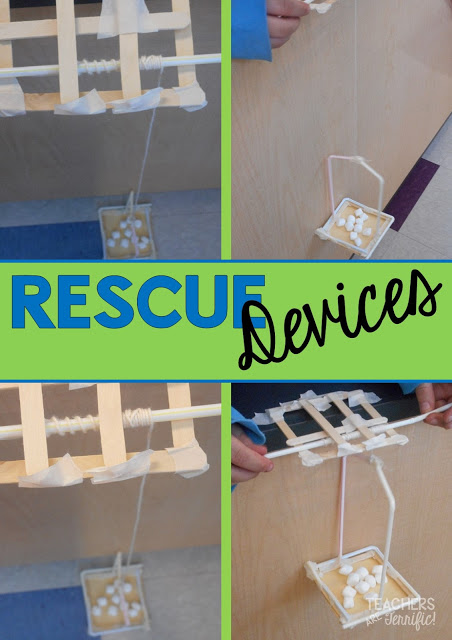 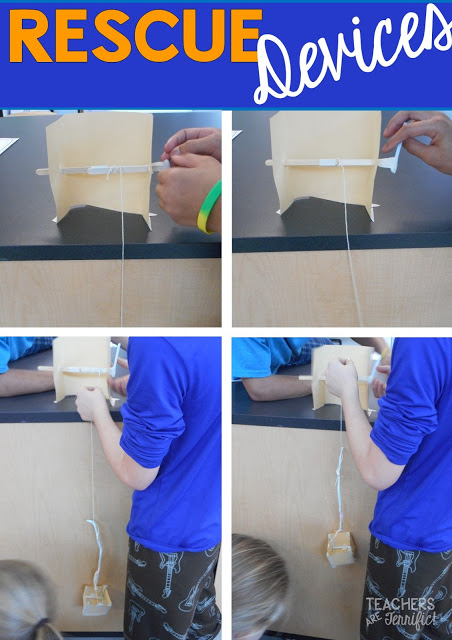 Their task was to design a rescue device and a rescue container. The rule for the rescue device was that it had to be mounted on the side of a “cliff” and able to be operated by someone standing on the cliff. Do you see those genius cranking systems the kids made? These two groups had to work together to be able to attach the rescue containers to the cranking system and not make it too heavy. Awesomeness, indeed!

Well, there you have it! Our latest designing projects that are PERFECT for encouraging teamwork!

For more about Teamwork try these posts: