Top
Looking for Summer Resources?
Click Here!
Are you ready for some Egg Drops?!
(This original post was a link up!)
I took out the silly link up rules and just left the good stuff!
So, what have we been doing in our lab?
Let’s talk about EGG DROPS! 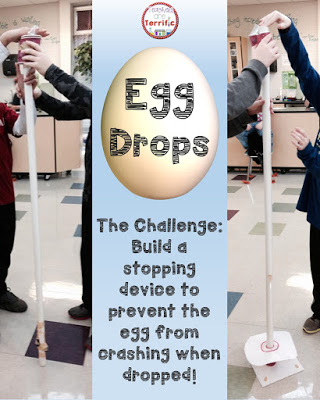 I had this great idea about adding to a parachute type drop that we have tried in the past. The original version of this challenge was just to build a braking system for a dropping object.
Well, I added a scenario to the task about building a ride with an egg for the passenger.
Kids had to build the braking system with a way to also slow down the dropping passenger. 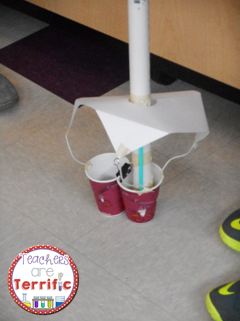 They had to use cups for the passenger cars. The team above actually built a parachute out of paper to help slow their dropped passenger. 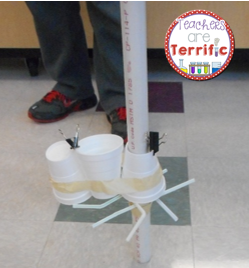 The team above used straws as a stopping platform. 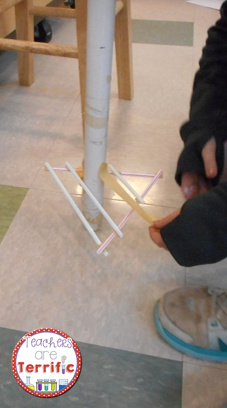 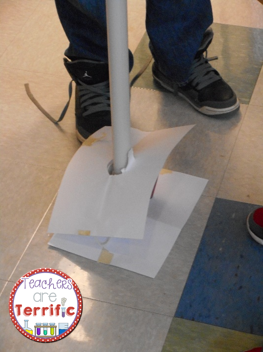 Maybe just a sheet of paper will slow it down!
(Don’t you love the untied shoes in that photo? These are fifth graders!)

Here’s a view of the entire device. It was a five foot drop with weight in the passenger car that was eventually replaced with an egg. We only had a few splats!

The one above was my favorite! One of the supplies was a piece of string, but it was too short to tie to the top and just have the passenger bungee jump to the bottom. So, this team connected straws to the string to make a long enough “rope” to use as a connecting cord. It worked!

This STEM challenge was, by far, one of the  best we have done. The kids loved it!

So, what are you doing in your Science class?

Happy 4th of July! It's time for the annual # sale