Top
Looking for FREE Resources?
Click Here!
We are flying things around the STEM lab like crazy people!
Helicopters- Airplanes- and- Rockets! There is a purpose!

It’s All About Helicopters, Airplanes, and Rockets, Oh My! 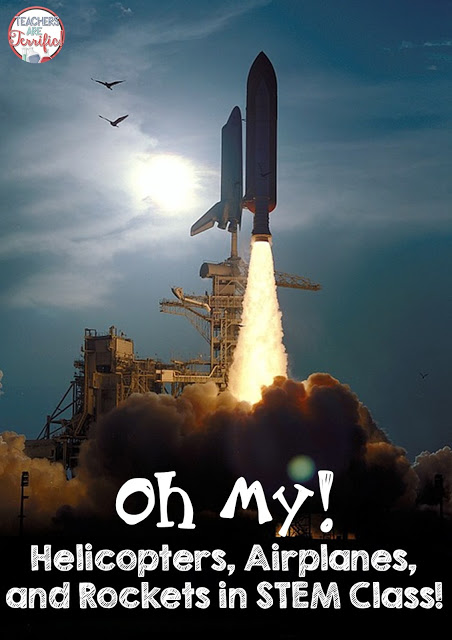 For most groups in STEM class this week it was time to analyze data gathered in last week’s experiments and then design a flying craft using that data. We followed the Scientific Method and then finished up with an engineering design element! Doesn’t that sound fabulous? We love combining the scientific method and then designing based on results. It’s also real life, folks!

For Helicopters third grade students learned that medium sized paper with some weight added worked best. They determined this by experimenting with different weights of paper and also by adding things to the helicopter “blades”. They decorated and flew their ultimate copters. 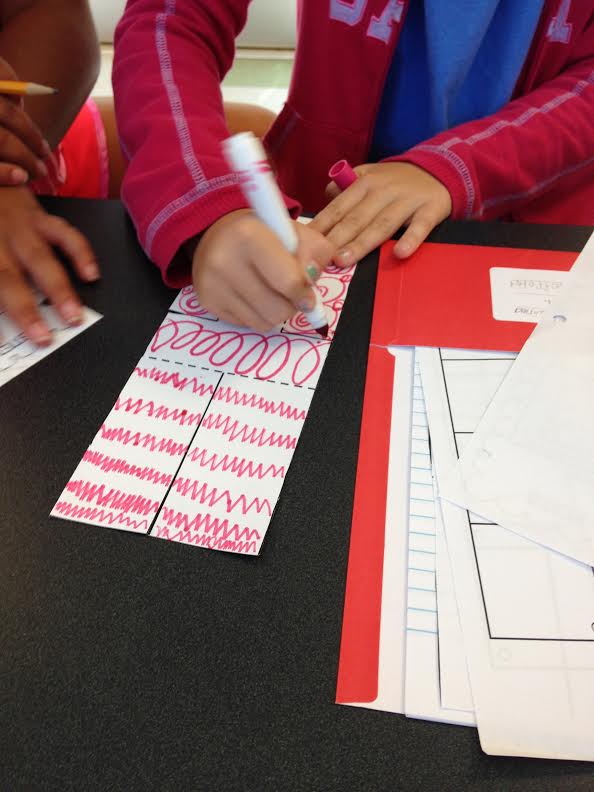 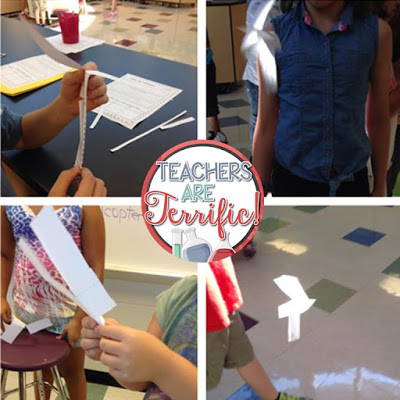 The helicopters are easy to cut out and fold and the most fun to fly. You just have to stand on a chair or table and let them go! 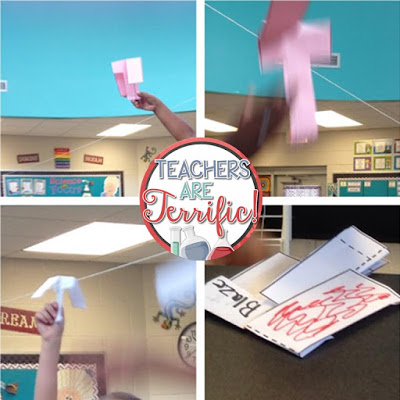 You can see a string in some of the photos. This was my way of “controlling” the experiment. See, I told you we were using the scientific method! One thing we discussed was that dropping the helicopters from different heights would alter our results, so kids had to use the height of that string to make that variable all the same for each experiment. Talk about learning some stuff!
Alright, that was third grade!

For fourth grade they completed airplane distance trials, shared their models, and then started working on the drawings of their ultimate airplanes. We are not quite to that part yet!
This worked in a similar way to the helicopter event. The paper airplanes were launched, distances measured, and then parts of the airplane were modified in some way. Then we launched and measured again. Next step was to take a look at all the models and try to determine which modifications produced the best flights. Most groups are now building the best version of an airplane and wew il launch those next week. 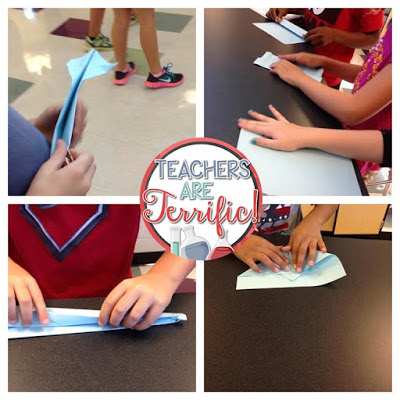 What do you think will happen?
Okay, that was fourth graders!

For fifth grade we analyzed rocket flights and determined that small amounts of water added to the “fuel” worked better than lots of water. They set about next to design the ultimate rocket with decorations, fins, and nose cones. This last design part happened after we had tested these rockets outside for two class sessions. We were using rocket fuel- alka seltzer tablets- in differing quantities and with different amounts of water to try to find the magic recipe for the best rocket launch. 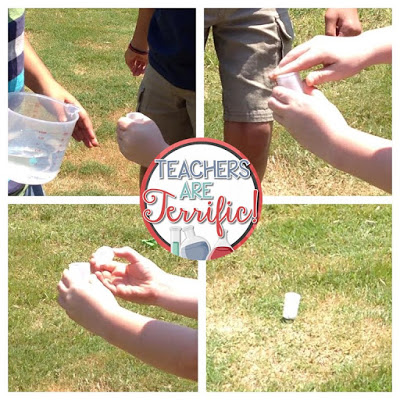 Each team now has an amount of the effervescing tablet and water that will make their rockets shoot the highest. They are adding decorations to make their rocket bodies look like real rockets. 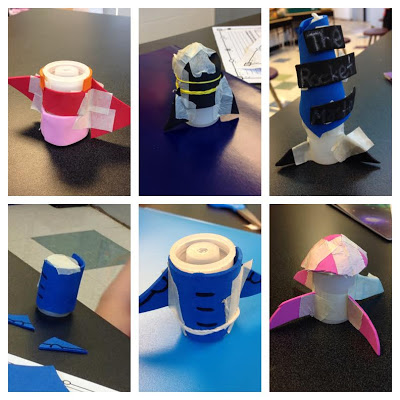 Their final rockets are really cute, but we are learning that adding weight with those supplies will become a factor in the flights.

These three flight STEM challenges are just spectacular. They each involve experimenting, controlling variables, modifying, more testing, analyzing the results, and then designing! Fabulous stuff!
If you’d like to see more about these fantastic flying machines you can click right here:
FLIGHT BUNDLE

My famous Popcorn Challenge. Can you create a cont