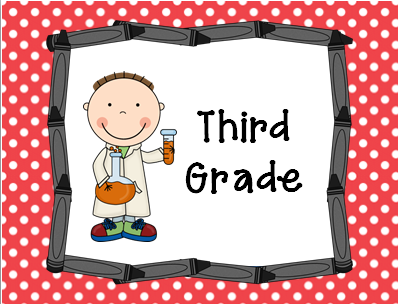 This week we are building towers. I have seven groups so to keep from going stark raving mad from repeating the same activity over and over…..we are doing two different tower versions.

First up:
Build a tower with toothpicks and modeling-doh: 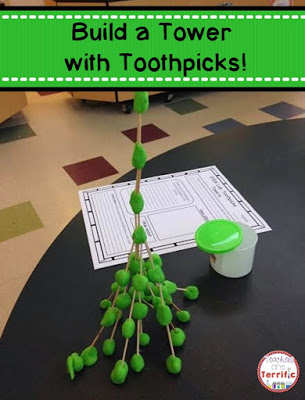 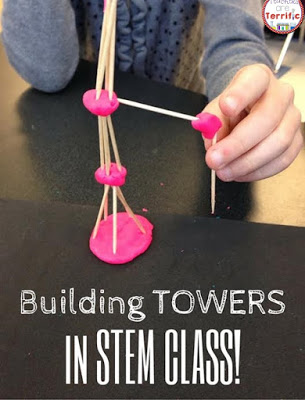 Aren’t they great?! (You gotta love the dollar store for the Play-doh!) 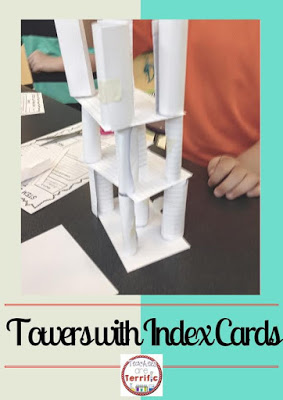 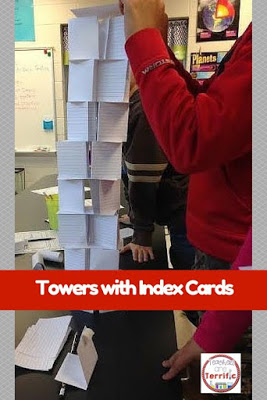 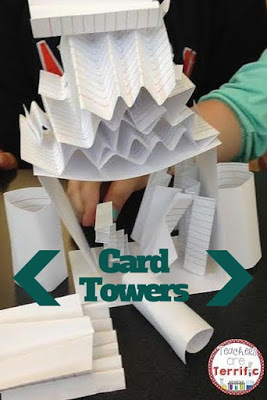 They could use tape with the index cards, but for some reason most of them did not!
So far the tallest tower was 77 cm! 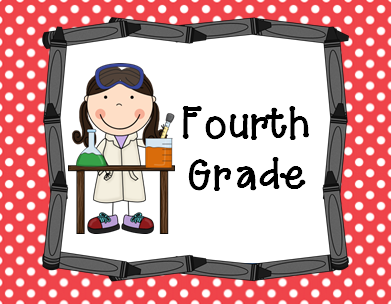 We are finishing up our Sound Proof Box Company Challenge. Students are making a box to sound proof a ringing cell phone. Here’s one that was pretty much a genius idea. 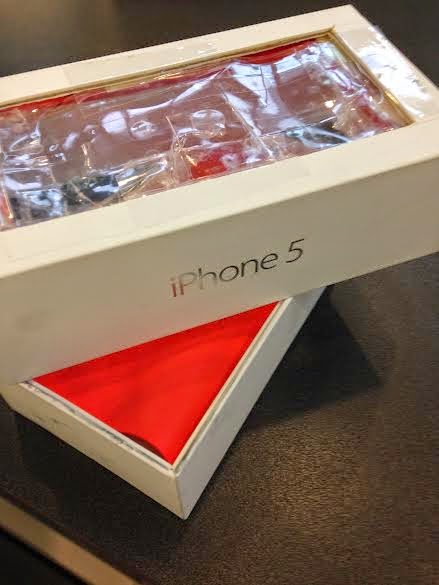 This group used an actual cell phone box and lined it with stuff to help muffle the sound. 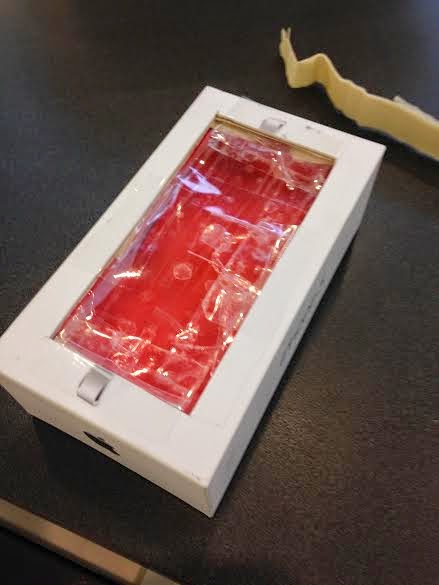 They had me cut the hole in the lid so they could make a “window”. Their idea was that the phone in the box could still be used- you can push your phone buttons through the window. 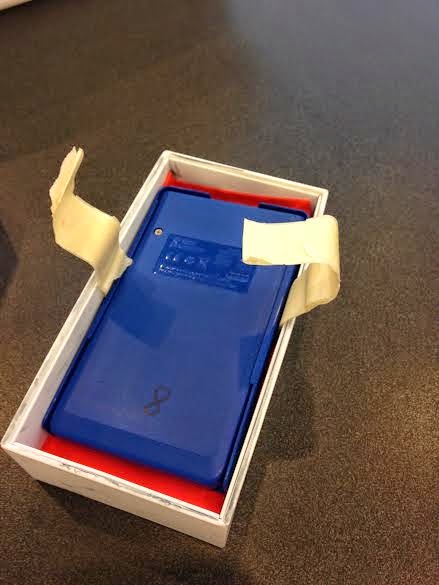 Okay, so they put my phone in and it was very hard to get out. (That’s a calculator in the box in the photo, but I couldn’t take a picture if my phone was in the box!)

Anyway, after we tested my ringing of the phone I mentioned that the box being a tight fit would be a problem for customers.

A few minutes later they called me back over to see how they solved the problem. 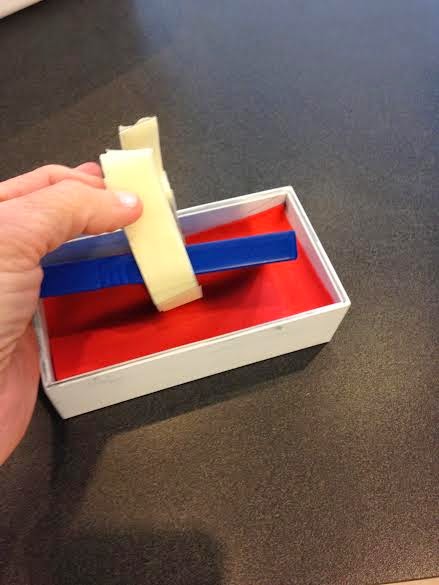 They used masking tape and took two strips and stuck them together to make a tape ribbon. That ribbon is under the phone and when you get ready to get the phone out you just pull on the ends and out it pops! 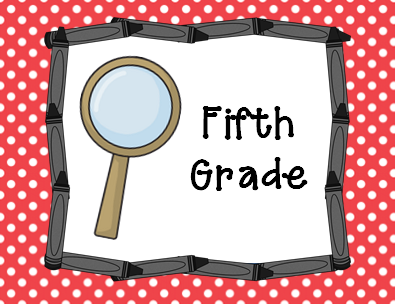 Fifth grade is finishing up their marketing ideas for their Baked Potato Companies.
Here’s some posters: 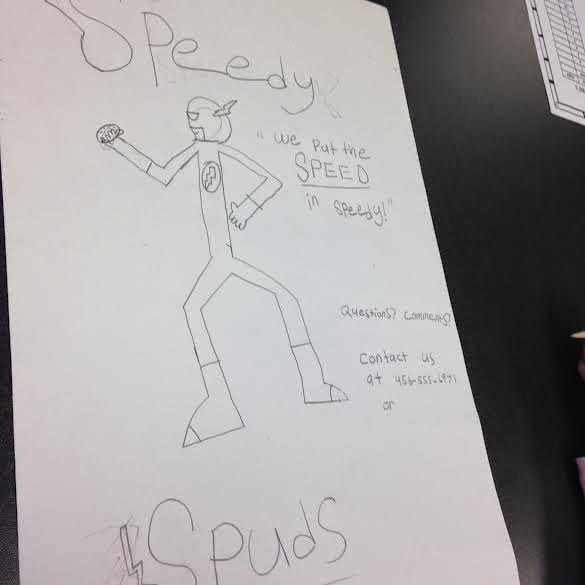 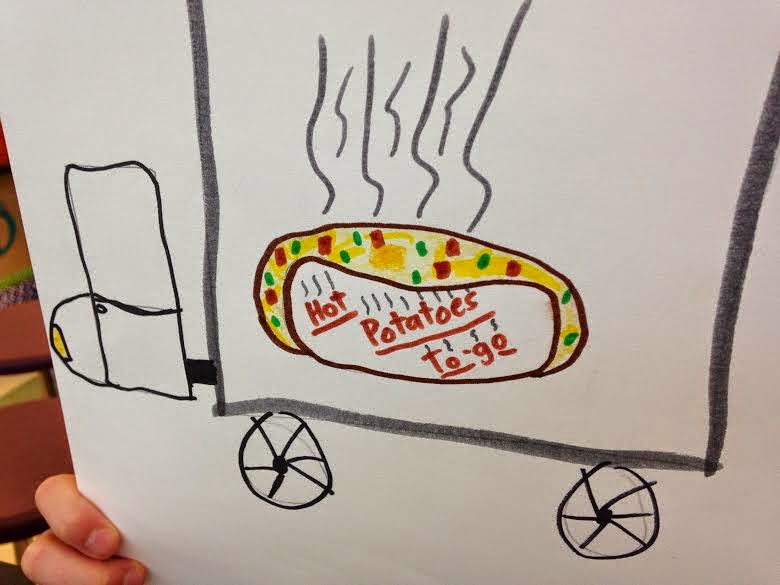 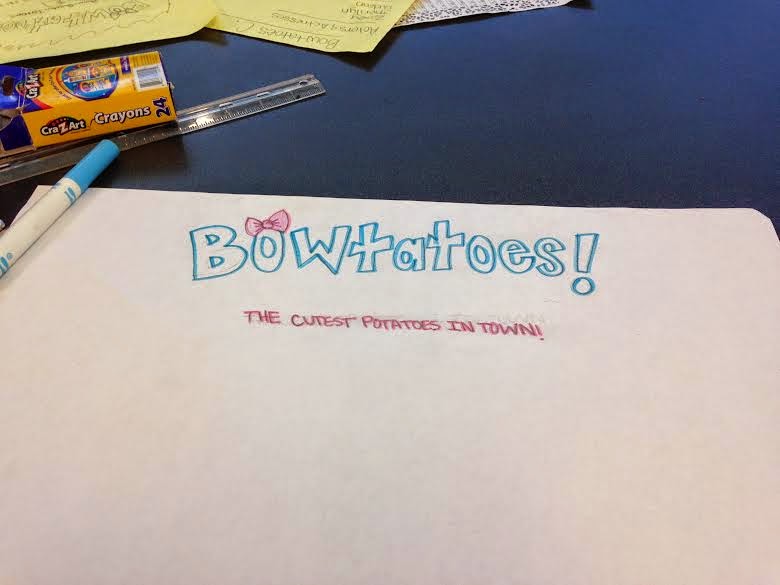 Yes, that first poster is from a company called” Speedy Spuds” and the second is “Hot potatoes to Go”, and the last is “Bow Taters!”

Next week they will perform the commercials they have written for their companies!

Have a great rest of the week!