Whew! Some weeks are really hard…..my FitBit says I walk 10,000 steps everyday before I get home! This Fit Bit:

I wrote about it, here on the blog, last week. I mentioned I was a little dissatisfied with the silly thing.
A. It’s uncomfortable.
B. One cool feature is that it tracks your sleep. But, half the time mine didn’t work.
C. It turned into a $100 pedometer.

I took it back. 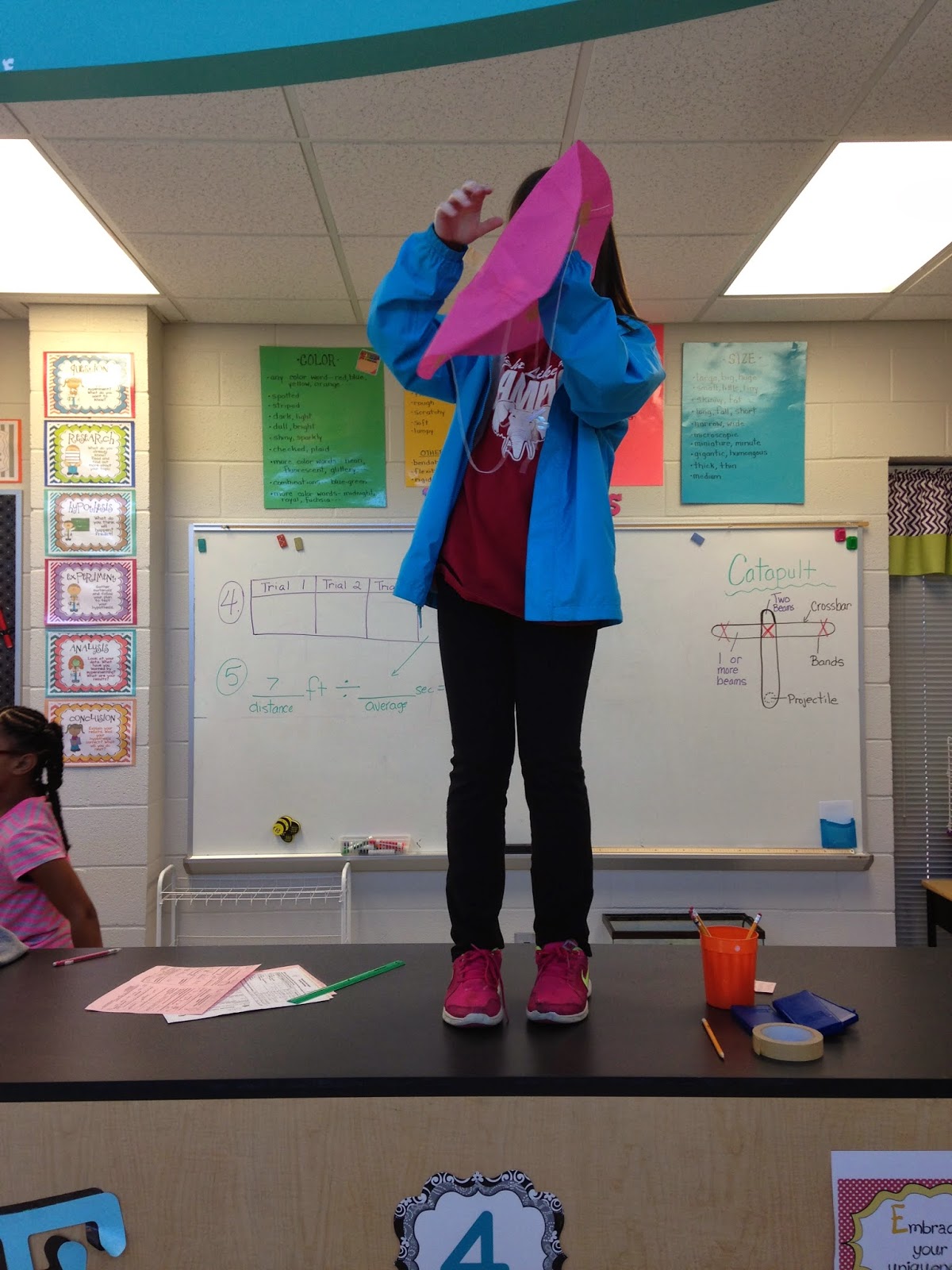 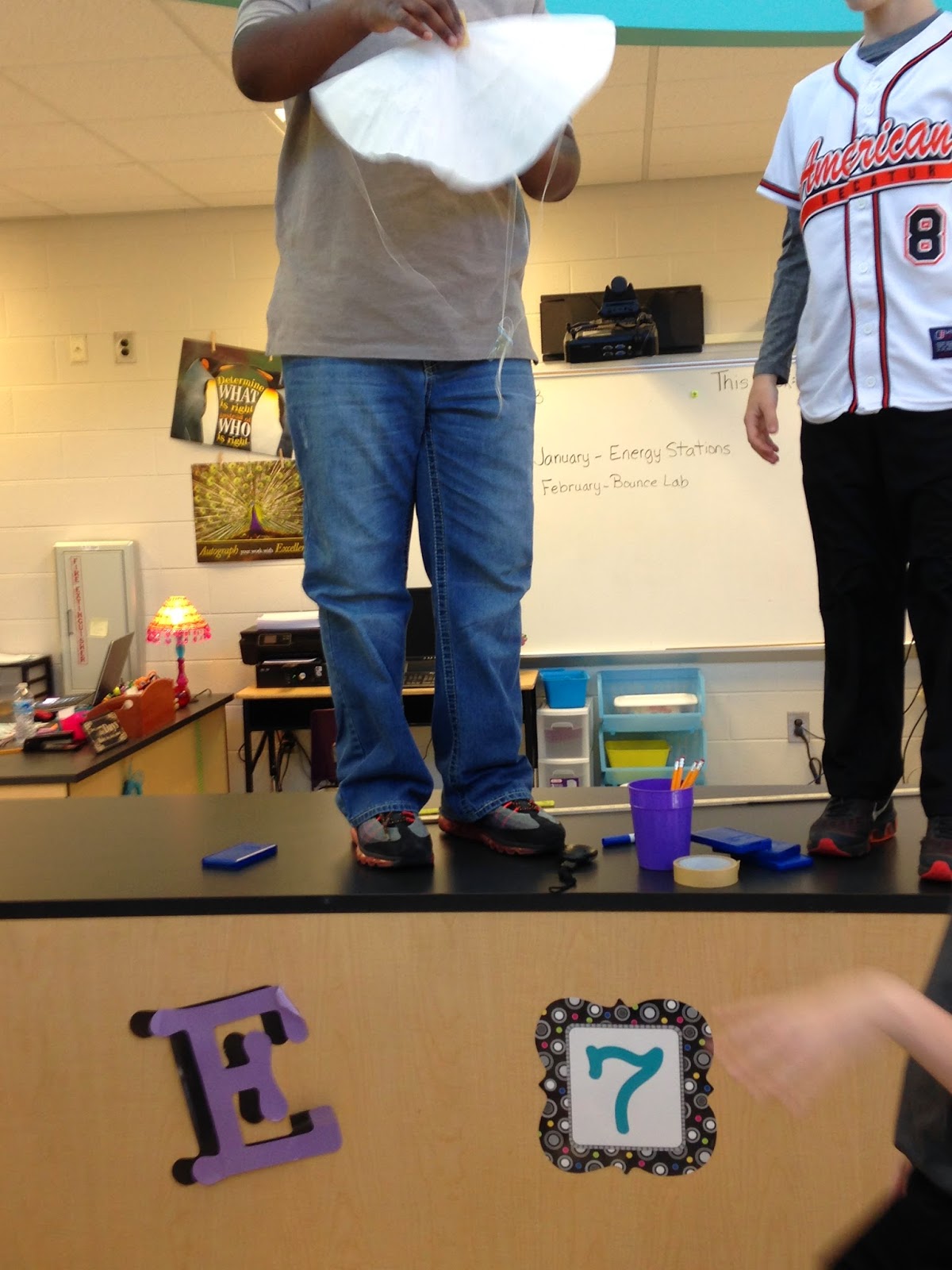 And, yes, those are children standing on the table tops.
How else were we supposed to launch a parachute?
For the record, the ones made of tissue paper worked best!

Fourth Grade:
We are in the midst of Electric Circuits. This week kids built circuits based on schematics I left for them: 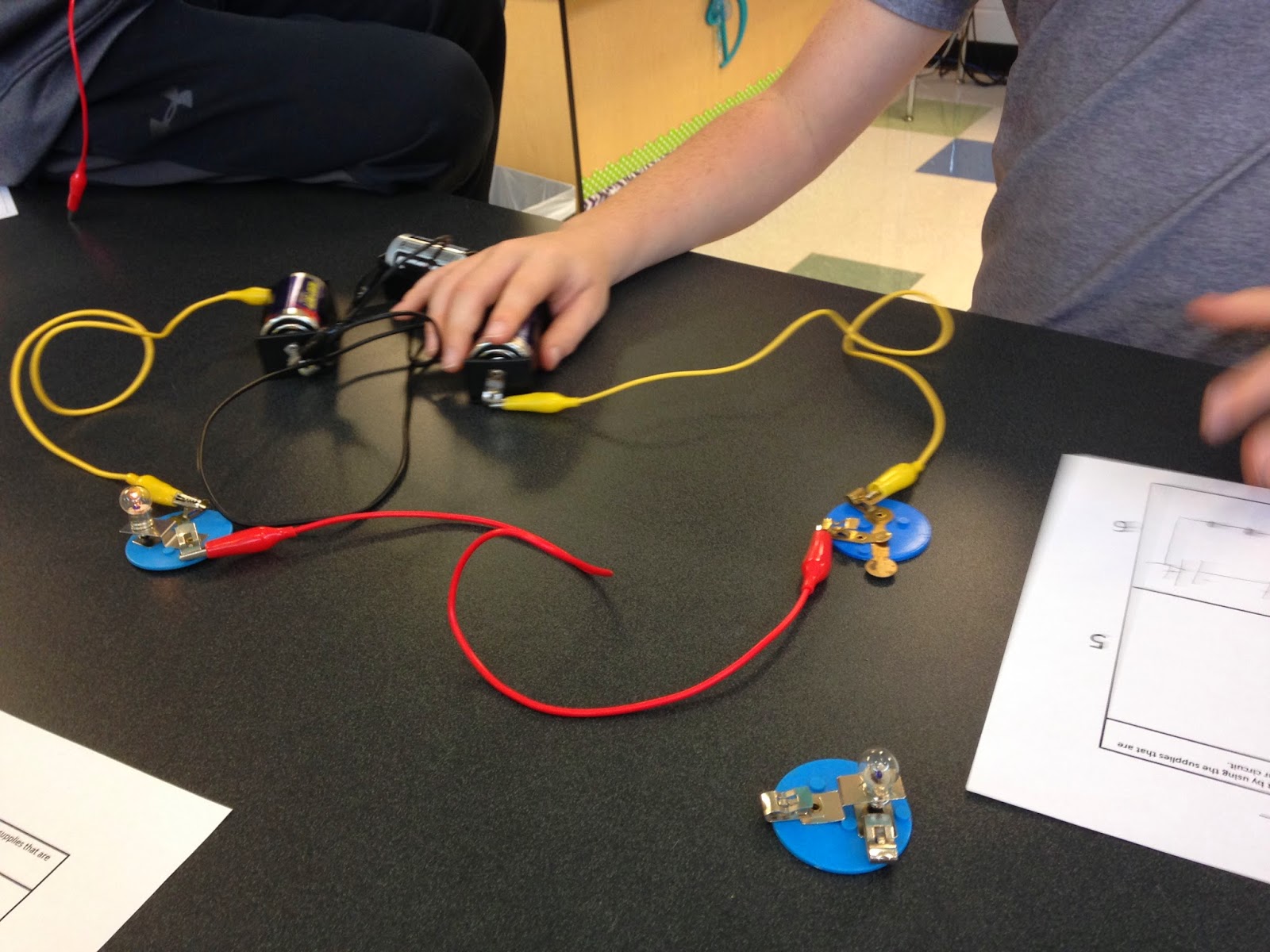 They also had to build a circuit with given supplies, including switches and buzzers, and then draw the schematic. Pretty fun!
By the way…..
did you know that if you hook one bulb to FIVE batteries that the bulb will explode?

Don’t ask me why I know that! 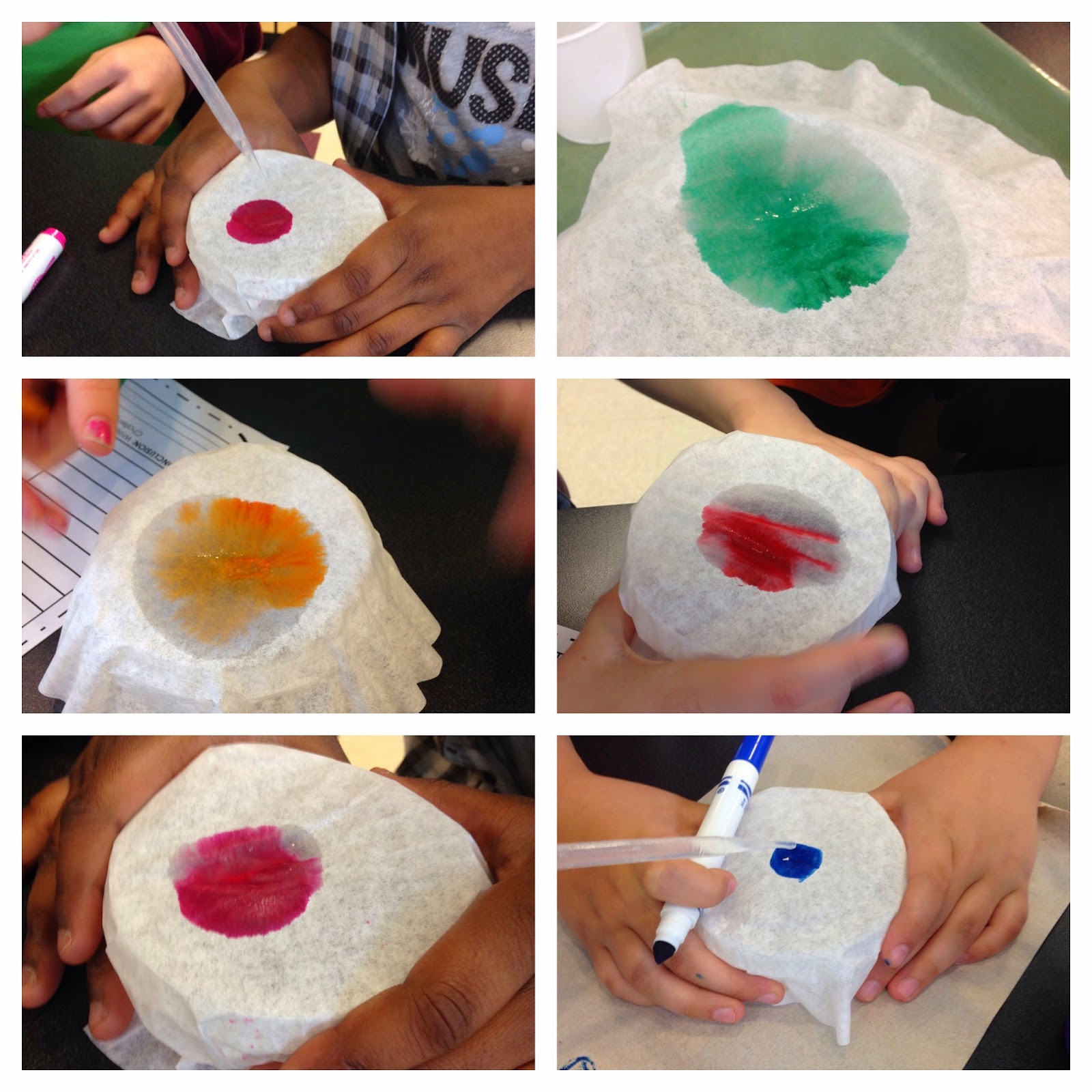 Kids tested markers to separate the ink colors. It was really neat to try the black markers. We tried six different brands.
Do you know what colors are inside black markers?

Then we tried Building Boats: 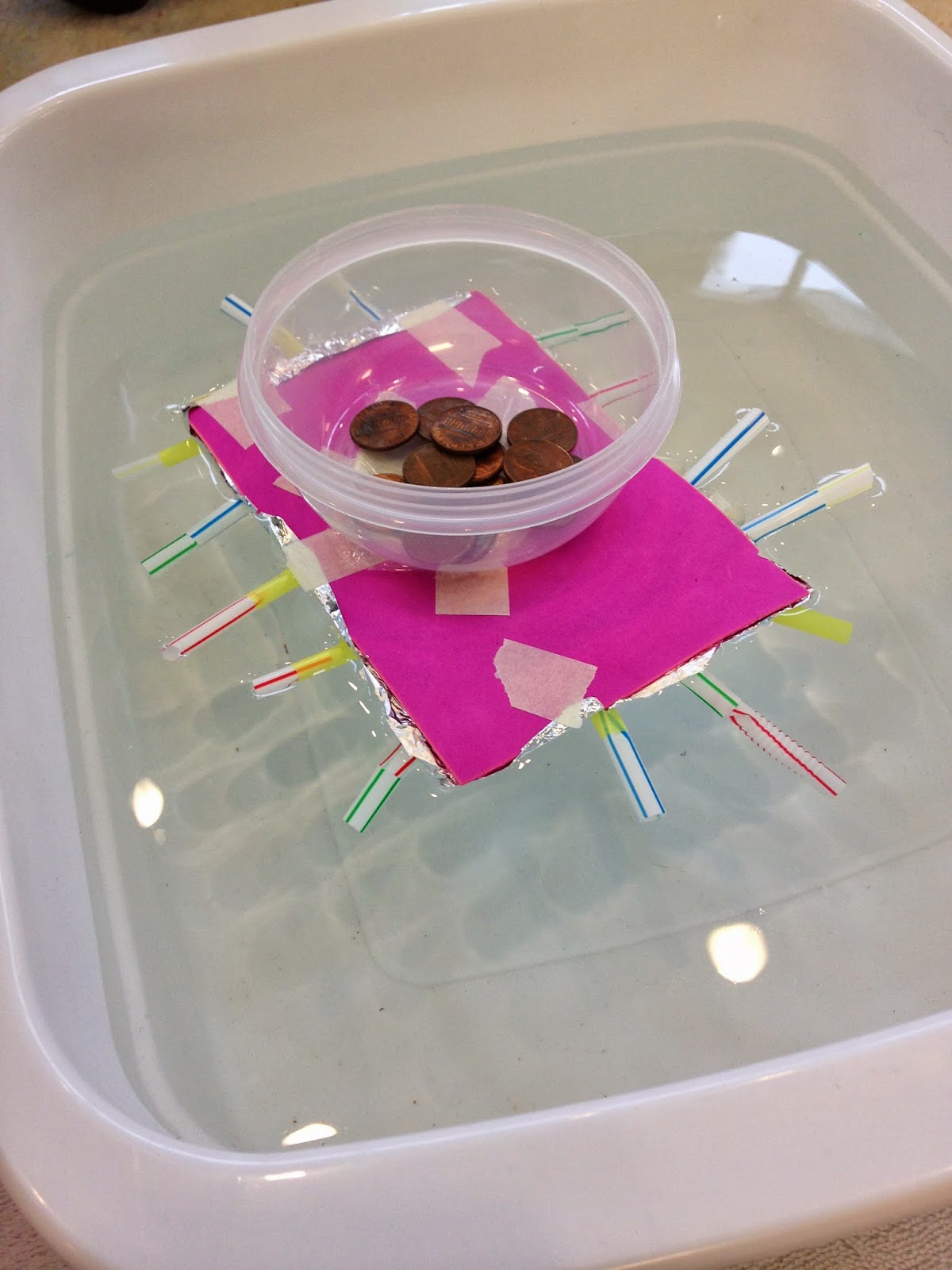 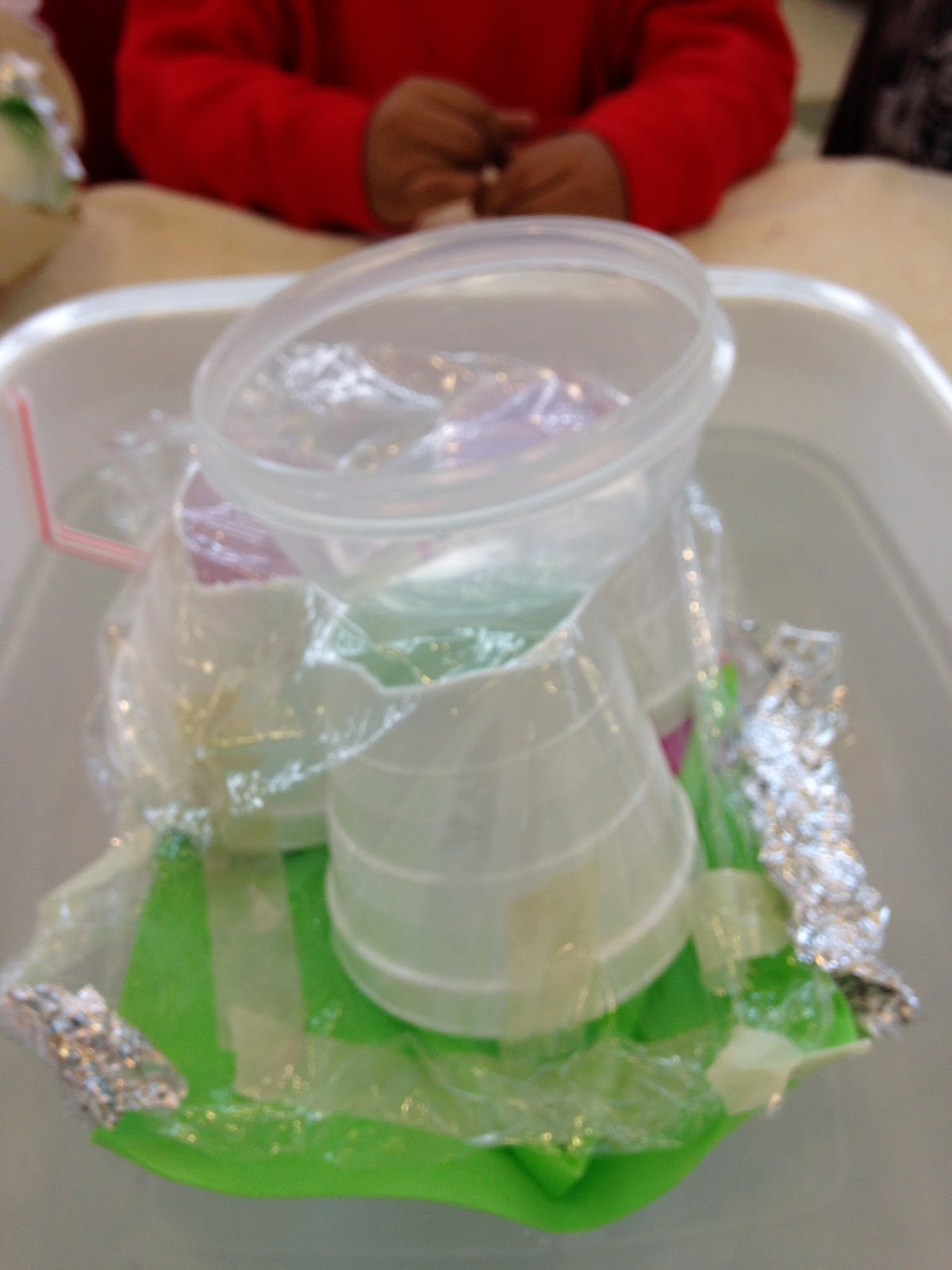 Some pretty creative designs. Our record for the number of pennies a boat could hold is now 68!
AND ….Building Boats is now our FAVORITE STEM activity!

Have a great rest of your week!!