I found the best little idea from a blog I follow. It’s a link up with other teachers who blog about texts being used in the classroom, including how these are used. Since we read picture books, non fiction, and fiction constantly this is right up my alley. Here’s the link: 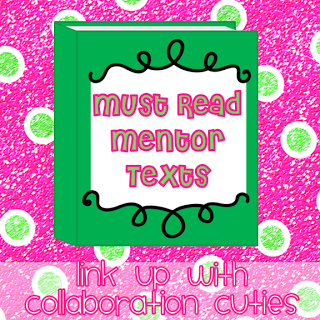 This is from a blog called Collaboration Cuties. The text I am recommending is our current read aloud. It’s actually two books by Sharon Creech. The first is Love That Dog.

This is the story of Jack, a fifth grader, and his teacher Miss Stretchberry. She begins to read poems to her class and has the students write poems in a journal style. At first Jack is VERY reluctant to write- in fact he says “I can’t do it. Only girls write poems”! Or he says, “Can’t do it, brain is dead.”! However, as more and more poems are read, Jack begins to take on the writing styles of the poets and consequently begins to crank out some really good poems himself. It’s called Love That Dog because Jack does focus on his dog throughout the book and finally writes a spectacular poem about his dog.

The follow up book is called Hate That Cat:

The same Jack and Miss Stretchberry continue their poetry journey. This time the focus is on Jack’s hatred of a neighborhood cat.

Both books are quite profound, funny, touching, and best of all- both books are written as poems! Each book also contains the poems Miss Stretchberry uses as inspiration in the book’s classroom .

In my classroom I use these when we begin a study of poetry. Each day we read a little and then go to our Writer’s Notebook and write a poem. Our first efforts are just like Jack’s- reluctant and not very meanngful. After about a week, though, I do notice that kids begin to take it more seriously and they begin to write some really amazing things.
Here is a sample written by a student last week:
Midnight Hour
Blackbirds flying
around in the
yard,
the rain making
their feathers
sleek and
shiny.
A huge
clash
of thunder
that should have
scared them
away
does
not.
Since Love That Dog and Hate That Cat are both written in poem form it’s best if the kids can see the book as it is read aloud. I have enough copies of each so we can do this!
Some Writer’s Craft that is a focus in each book: alliteration, onomatopoeia, similes, metaphors, repetitive phrases, and more! ENJOY!