Top
Looking for Winter Resources?
Click Here!
This tower idea was hatched after talking with some students that love to build towers. They requested just a box of materials and time to just build a tower. Well, as much as that sounded like fun, I also thought there should be a reason for it. Then two days later I happened to see a row of satellite dish devices lining the back of an apartment complex. Every balcony had one and some had two! I thought, “Why doesn’t that apartment complex just have one big satellite dish or tower that everyone can access?
BAM! New Stem Idea! 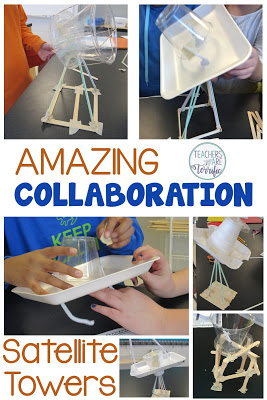 A Video for You!

Take a look:
This one has the ULTIMATE in COLLABORATION! This is one of my favorite ways to use a STEM challenge.
Here’s the deal.
One group. Two teams.
One team builds the tower. One team build the satellite dish. 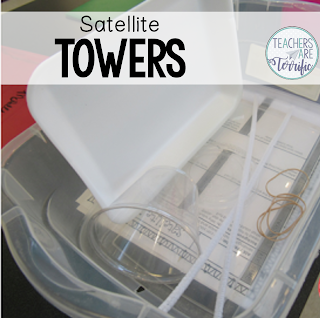 Above is a bin for the dish team. 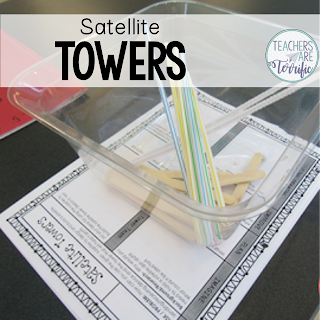 One bin of supplies for the Tower team.

So here’s one group’s effort at the beginning: 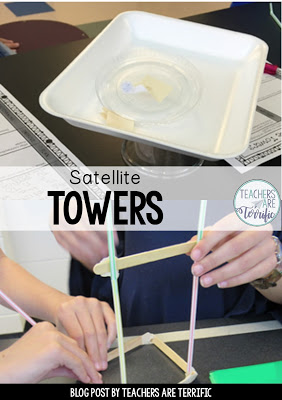 The top photo shows the dish and the bottom shows the tower! What fabulous teamwork the group’s had to employ! 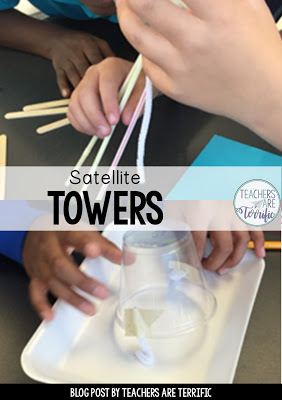 When they are ready the two parts must be joined together.

Here is where it gets tricky! The two pieces have to fit together! 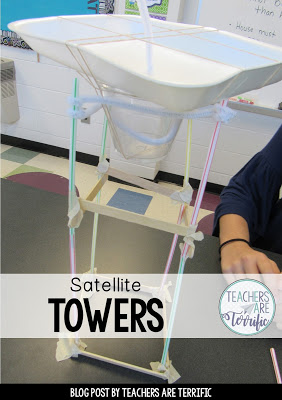 Will they fit correctly? Will the tower stand up to the weight of the dish? 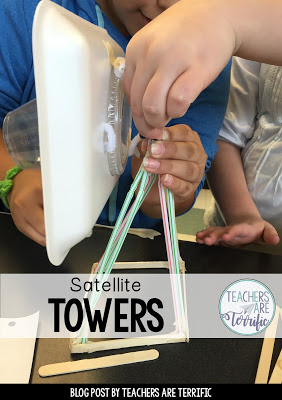 Will the dish follow the rules of the task? One of the rules was that the dish must rotate!

but I thought this one was very clever! Look at the photo below.
The team cut up pieces of straws and placed them inside the cup, covered it, and then when the “dish” rotated the little pieces moved. They told me these were receptors…. 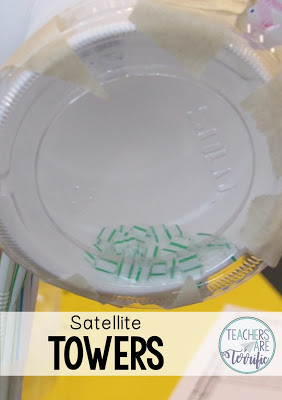 Can we name our towers?

Finally, my groups wanted to name their satellite dish “companies” and they came up with the most clever names. 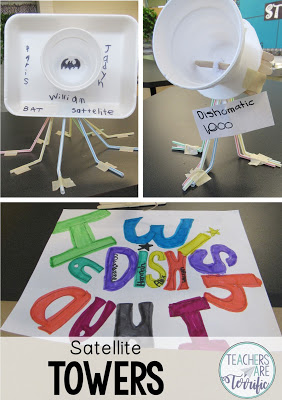 We had the S.I.S – which meant the Space International Satellite.
The Trashellite
Dish-o-roma
Supersonic Sky Satellite 3000
and can you read that name in the last photo above?
That’s the “I Wish I Had a Dish”!
Here’s another funny! See that little bat inside the cup above. That is drawn on the bottom of the cup-INSIDE the cup.

I said, to the boy that did this, “How did you get that picture inside the cup?”
He replied, quite dramatically, “A magician never reveals his secrets!”

This was an awesome challenge! It made us collaborate between two teams and I loved it. It was so interesting to hear the talk and see the two teams helping one another.
STEM AT ITS BEST! 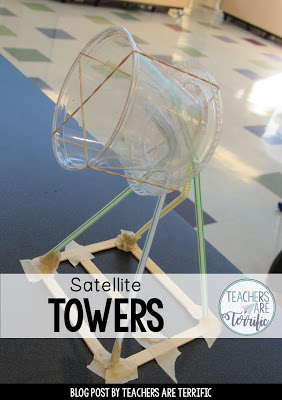